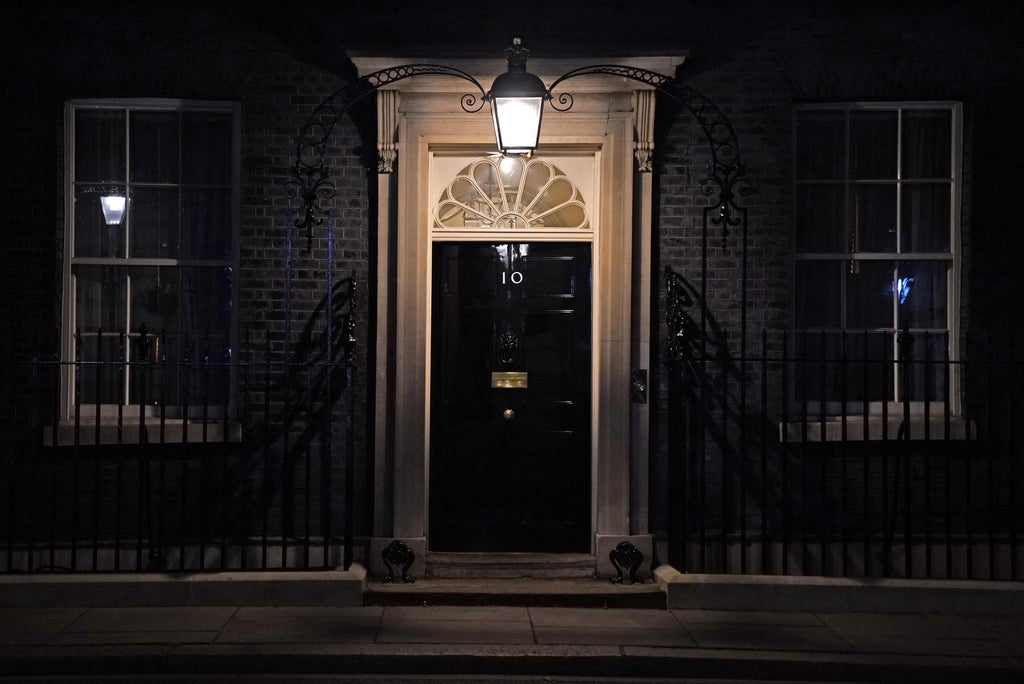 Boris Johnson’s administration was plunged into further turmoil after four of his closest aides resigned, leaving the Prime Minister without key members of his inner circle.

In a torrid day for the PM, his chief of staff, principal private secretary, director of communications and chief policy quit Downing Street within hours of one another.

Munira Mirza the former director of the No 10 policy unit and one of Mr Johnson’s most loyal and longstanding advisers, walked out after attacking the Prime Minister’s use of a “scurrilous” Jimmy Savile smear against Labor leader Sir Keir Starmer.

There also appeared to be division within the Treasury over the Savile comments as Chancellor Rishi Sunak admitted he would not have used the jibe, while one of his ministers later defended Mr Johnson suggesting it was a “perfectly reasonable remark”.

The exit of private secretary Martin Reynolds had been widely expected after he reportedly sent an email inviting at least 100 staff to a “bring your own booze” party in the No 10 garden during the first coronavirus lockdown in England.

There had also been questions about the future of chief of staff Dan Rosenfield after the truncated Sue Gray report into alleged Covid rule-breaking at the top of Government criticized “failures of leadership”.

Communications chief Jack Doyle gave a resignation speech to staff in No 10, according to the Daily Mail – who he used to work for – telling them the tumultuous past weeks had “taken a terrible toll on my family life” as he stressed he had always intended to only stay two years in the role.

See also  The Covid symptoms for Deltacron, Omicron and the BA.2 strains you should look out for

The former journalist is reported to have attended at least two of the 12 lockdown-busting events in Downing Street and wider Government that are under scrutiny by the Metropolitan Police, with officers following up on Ms Gray’s inquiries.

But it was Ms Mirza’s stinging resignation letter that will likely be seen as most damaging to Mr Johnson, who had previously listed her as one of the five women who had influenced and inspired him the most.

“With the best will in the world, one has to say this is not so much the end of the beginning but it is the beginning of the end,” he told Newsnight.

In a letter seen by The Spectator magazine, Ms Mirza, who first advised Mr Johnson as London mayor more than a decade ago, said she had urged her boss to apologize for giving a “misleading impression” about Sir Keir’s role in the Crown Prosecution Service (CPS) failure to pursue Savile.

She accused the PM of making an “inappropriate and partisan reference to a horrendous case of child sex abuse” and said he had “let yourself down”.

Mr Johnson, who said he was “sorry to lose” his close confidence, backtracked on the debunked claim the opposition leader was instrumental in opting not to pursue Savile while director of public prosecutions (DPP), but stopped short of giving the apology Ms Mirza demanded.

Mr Sunak, seen as a potential successor to Mr Johnson, also criticized the Prime Minister over his comments, as he admitted in a live broadcast from Downing Street that he “wouldn’t have” used the Savile jibe.

But there appeared to be division in the Treasury over the row, as Chief Secretary to the Treasury Simon Clarke told BBC Newsnight he thought it was a “perfectly reasonable remark for the Prime Minister to have made”.

Sir Keir apologized while DPP in 2013 for the CPS having failed to bring Savile to justice four years earlier.

But there is no evidence that Sir Keir had any personal role in the failure to prosecute the man who was one of Britain’s most egregious sex offenders before his death in 2011.

When responding to the initial publication of the Gray report, the Prime Minister told MPs he planned to overhaul the set-up in No 10 following months of controversy over “partygate”.

The Daily Mail suggested the sudden exits of Mr Reynolds and Mr Rosenfield were part of a shake-up that had been planned for next week, but which were accelerated in the wake of Ms Mirza’s exit.

The high-profile departures piled fresh pressure on the Prime Minister as he battles to remain in charge, with 13 Conservative MPs having publicly called for his resignation over the way he has handled the partying claims.

More are believed to have done so privately but the number of letters to the chair of the 1922 Committee of backbench Tories has not yet hit the 54 required to trigger a no-confidence vote.