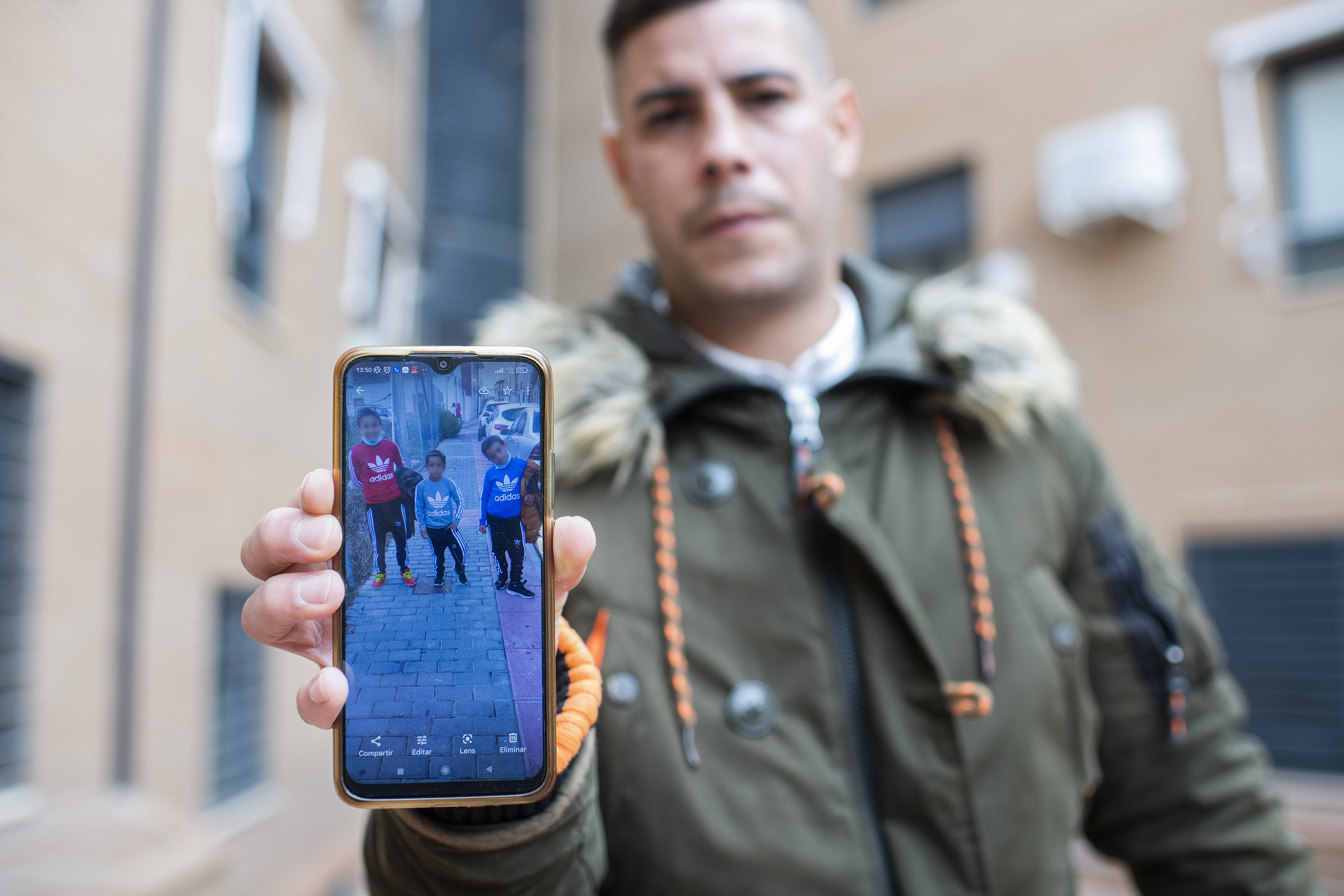 On the afternoon of this Wednesday, the National Police found Jonathan, Izan and Adán, the three brothers who disappeared on Sunday, November 14, from the shelter in Aranjuez where they resided, after their mother did not return them after a scheduled visit. The minors have been found in a squatting house in the Madrid town of Cadalso de los Vidrios and the agents have arrested the mother, Nieves, and her partner, David, as the perpetrators of the abduction. The children are in good condition. A few minutes after finding them, the father, Miguel, has set out to meet his children along with his lawyer, Juan Manuel Medina. “I just know that they are okay. They had no connection with that town that I know of, I suppose they must have looked for a secluded place ”, said Miguel.

It was those responsible for the Mother Teresa de Aranjuez foster home who raised the alarm ten days ago, when two hours had passed since the mother should have returned the children, 9, 7 and 5 years old. Her father, Miguel, had come across her hours before when he took the brothers downtown and they barely exchanged a few words. Since they separated they had little relationship and always linked to the children. The Community of Madrid assumed the guardianship of the children in 2016, after verifying that they went to school neglected or that they were absent from class. The father had just partially regained custody and could take them away on weekends.

Miguel, who is now 30 years old, and Nieves, 27, started dating very young. And very young they had their children. They met in Getafe, where he is from and when she was 19 and Miguel 22 was born the first, Jonathan, in Valdemoro. Izan arrived two years later, when they were in Parla and Adam, the youngest, had him in Getafe. “At that time we lived as squatters, so where we were at that time is where the children were born,” said the father this afternoon in the doorway of his house in Ciempozuelos. Then and for many years they both had problems with addictions and were not able to keep a job. “Jonathan arrived very early, you are young, you like to party …”, Miguel remembers those first steps with a baby in his care. He says that, after many stumbles, about three years ago he decided to rehabilitate himself and that is why he was partially granted custody again.

Now Miguel has another partner, the mother of his young daughter, and they live with her two older children. He just lost his job after he was not renewed as a warehouse worker after an internship. “I had to miss three days for all this and of course, they did not count on me anymore,” he says.

The mother also had a new boyfriend, with whom she was arrested this afternoon. Her new partner is from Córdoba, so the father initially pointed out to the researchers that it was one of his possible destinations. The last place Miguel knew that Nieves resided is Almorox, in the province of Toledo, where he also had a search and arrest warrant for a pending case in court, sources close to the case confirm. The mother has an Instagram account with few posts in which she shows her love for her new partner, David.

Miguel and Nieves’ relationship was always in chaos, he says, so in 2016 the Community of Madrid withdrew the guardianship of minors from both. The youngest of them was only a few months old. Soon after, the couple broke up. “It was unsustainable,” says the father. At first, the children were admitted to a foster home in Pozuelo, called Villa Paz. Afterwards, the little ones entered the foster family program.

A woman who had one of them in her home and prefers not to give his name, says that when she met them, when they lived in Villa Paz, they were “well cared for and cared for.” “The parents complied with the visits, the grandparents gave them gifts …”, he points out. This woman remembers that Nieves thanked her several times to take care of her son. For a time, the mother worked in the hotel industry, it seemed that she was redirecting her life and the intention was for the children to return with her, this woman recalls. “They say that they could have been taken out of desperation, and I can come to understand it, who has supported that mother?” People who knew Nieves say that when she was little, she also spent some time with a foster family. His mother lives in Usera, a home in which Nieves has lived for some periods.

When the pandemic arrived, the children maintained contact with their parents for the first weeks through video calls. In April, they returned with Nieves, but a few months later, the Community decided that they should re-enter a sheltered home, in this case in Aranjuez, because it was the one closest to the father’s home. Nieves had the possibility of taking them out for a few hours. From the Family Council they explain that it is the usual protocol in this type of situation, in which it is tried that the little ones do not lose the bond with their biological parents.