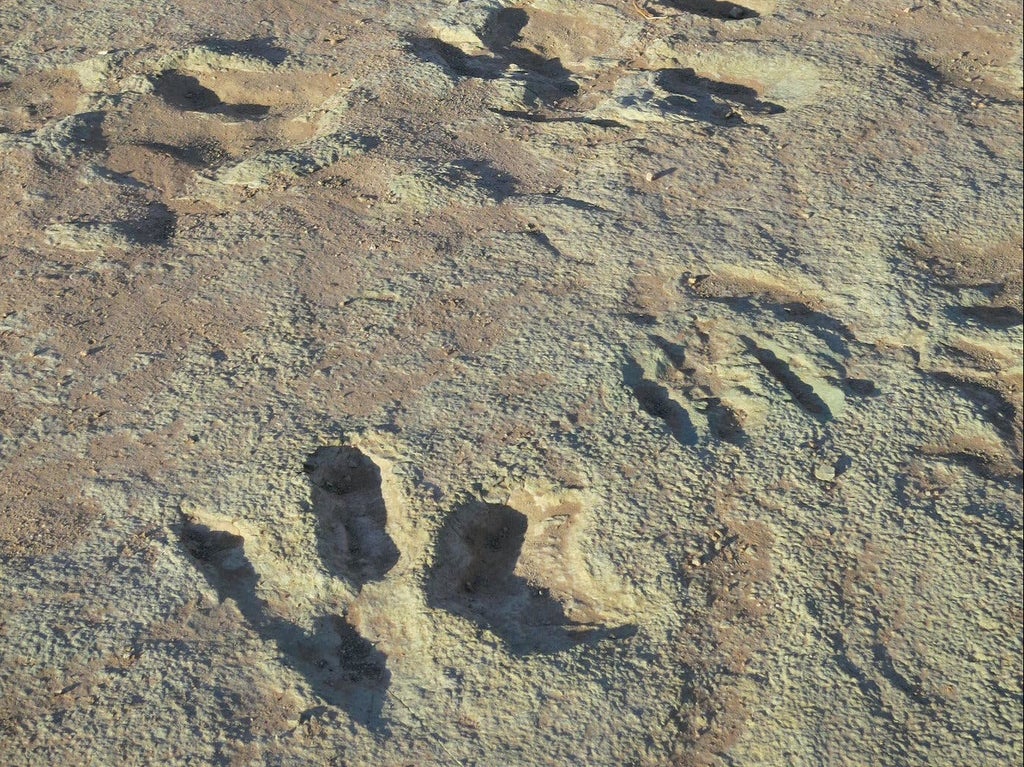 Multiple palaeontologists and scientists have called on the US Bureau of Land Management to stop construction on a walkway at the Mill Canyon Dinosaur Tracksite in Moab, Utah, saying that some fossilized dinosaur footprints have been damaged by the work.

Nonprofit Utah Friends of Palaeontology said in a statement on 29 January that the bureau’s construction hadn’t been conducted with the consultation of a palaeontologist.

The Society of Vertebrate Paleontology sent a letter to Greg Sheehan, the Utah state director for the bureau, saying that the group worried that “irreparable, and avoidable, damage” had been done that “would have been avoided if qualified palaeontologists had been on your staff”.

The Center for Biological Diversity also spoke out this week, sending a cease-and-desist letter to Mr Sheehan.

Construction equipment has allegedly been “driven directly over the fossil dinosaur tracks, permanently destroying as much as 30 per cent of the site,” according to the letter.

Center Director Patrick Donnelly told New York Times on Friday that the letter was meant to be a “red flag” for the bureau.

“If we were to one day decide to pursue legal action, that would have been the first step,” he said. “They have not necessarily owned up to the damage.”

Mr Donnelly said bureau official Gary Torres, the Canyon Country district manager, told him in an email that work at the site would be halted and that the damage would be evaluated with a palaeontologist as well as with “communities of interest to see what the long -term vision should be for the trackways”.

“At this time, we have no evidence of any damage in the interpreted area, but out of an abundance of caution, a team will be dispatched to assess,” the bureau said in a statement.

According to the Bureau of Land Management, the Mill Canyon Dinosaur Tracksite is one of the most important areas in the world in its category. The tracks were first reported in 2009, leading to the bureau putting up a fence.

The bureau said last year that more than 200 tracks have been recorded at the site. The tracks come from at least 10 dinosaur species, such as sickle-clawed raptors and crocodile ancestors, thought to have lived around 112 million years ago.

A boardwalk was built at the site in 2015, quickly making it a popular spot to visit. But the wooden walkway had been warped and was set to be replaced by one made of concrete and metal.

“The trail would ensure that the public would not walk directly on the tracks and would also improve safety,” an October 2021 assessment said.

“Reconstruction of the walkway has the potential to disturb existing paleontological resources,” the assessment added. “There would be no risk to the trackway from construction activities.”

The expert group who made the assessment did not include a palaeontologist. A geologist from the Bureau of Land Management instead looked at those aspects.

“There is damage and there is no reason there should be any damage,” Dr Kirkland said after a Sunday visit to the site, according to the Deseret News. “It is not completely destroyed as some people were suggesting, but I was pretty scared.”