Skip to content
Home News Fortune, controversy and a heinous murder: the media mogul behind the radical right in the US | International 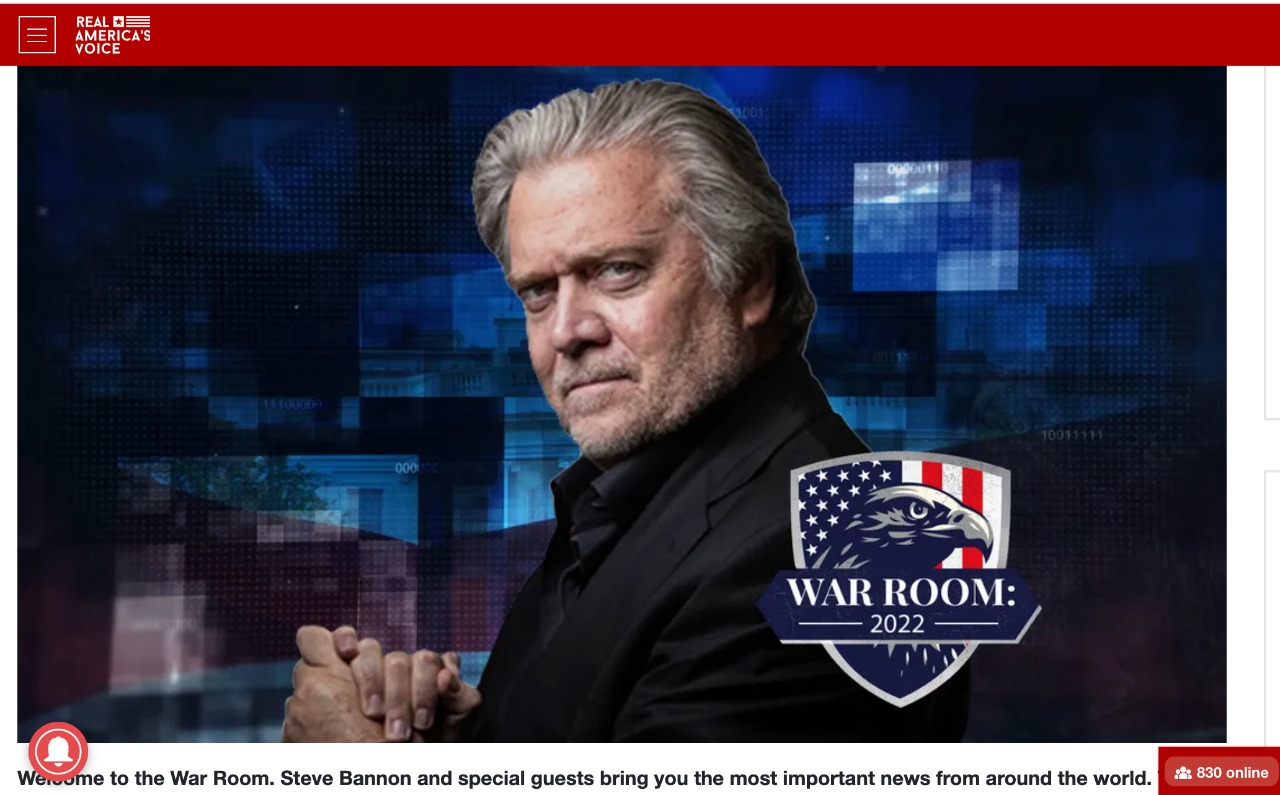 In a recent broadcast of his program war room (War Room), Steve Bannon, Donald Trump’s controversial former adviser, linked Rome with his international correspondent, Ben Harnwell, a character in a bucket hat, a striped brown shirt and a half-done yellow tie, who spoke in a chaotic connection of the “out of control” situation of the pandemic in China and the Winter Olympics. Bannon released minutes later a filipic against the presenters of the NBC network, whom he described as “traitors.” He showed a particular grudge against former politician turned journalist Joe Scarborough, whom he threatened. “Stolen elections have catastrophic consequences. We are going to crush them for the grand robbery,” said Bannon, who has refused to collaborate with the investigation into the assault on the Capitol. Behind him, there were two paintings of Jesus Christ and another with the phrase: “There are no conspiracies, but there are no coincidences either.”

warroom, broadcast six times a week since the end of 2019, is one of the star programs of Real America’s Voice, a modest network that serves as a megaphone for radical voices that continue to claim, without any evidence, that the November 2020 elections were fraudulent and that Joe Biden stole the presidency from Trump. After the violent episode on January 6, 2021, Bannon, along with Trump and other programs with similar content, were removed from platforms such as YouTube and Spotify. The message is still latent, sheltered by Performance One Media (P-One), the Real America’s Voice media group. “This is five times more powerful than Breibart,” Bannon recently told Washington Post. The strategist has become a television devotee and appears to have left behind the influential far-right portal he founded and helped catapult Trump to the presidency.

Robert Sigg, 57, is the millionaire tycoon behind Performance One Media, a company located in the State of Colorado that reaches eight million homes, especially in rural America, thanks to a strategy based on satellite television that allows reach where the cable does not reach. The company’s programming perfectly serves Trump’s electorate with just four channels: Real America’s Voice; Weather Nation, from the weather service; Pursuit, dedicated to hunters; and In Country Television, which combines motor racing with programming for horse and fishing enthusiasts. It doesn’t seem like the kind of TV that a guy like Sigg, who often travels on private flights and wears fancy French designer clothes, tunes into.

Real America’s Voice also has an output on Apple TV, an exception among the rest of the technology companies that have turned their backs on Bannon, as well as other channel broadcasts that question the efficiency of vaccines against covid, another popular topic in American conservative television. One fact stands out in his contradictory career. Sigg has also given money to several Democratic politicians such as Hillary Clinton, Dianne Feinstein and Chuck Schumer, the party’s leader in the Senate.

Sigg has a long criminal history. He received a conviction for bank fraud in 2004. He was arrested and charged with robbery with violence in Jefferson County (Colorado). Added to this background are other problems with the law: driving under the influence of alcohol, drug sales, arrest for disturbing public order and an accusation of domestic violence. His ex-wife, Mindy Sigg, whom he divorced in 2001, obtained two restraining orders after being mistreated.

In 2012, the American press was looking for answers that would explain one of the most heinous crimes in Colorado, committed on October 5 of that year. A 17-year-old kidnapped 10-year-old Jessica Ridgeway, forcing her into her car and taking her to her home, where he raped her. He then he filled a tub with boiling water and dismembered her. Investigators in the case said it was all part of a sexual fantasy. The boy was arrested after he confessed to his mother about his horrendous act. He said that he was a monster and that he should be punished. That monster, Austin, is the son of Robert Sigg and Mindy.

“The evil is apparently real,” said Judge Stephen Munsinger, who sentenced Austin Sigg to life in prison with no chance of benefits. He avoided the death penalty because he committed the murder as a minor. Although the parents are not responsible for their children’s crimes, Robert’s name has been linked to the case ever since. The disappearance of the girl was quite an event in Denver. A thousand people and dozens of police officers searched for her for weeks until the emergency services received a call from Mindy Sigg to deliver her son. “She told me that he did it. He has given me the details. The remains are at my house,” she said. Robert Sigg limited himself to publishing a statement in which he requested the community’s support for the victim’s family and was grateful that they did not have to go through the torture of a trial. “Keep the Ridgeways in your thoughts and prayers,” the statement said.

See also  In the EU alone, 600 million birds have been lost in 40 years | International

Less than a year after that murder, Robert was launching a new business venture. In November 2013 he announced the creation of a new marketing company for Aurora businesses. The businessman boasted his 23-year experience in the business and his eight-year career as an executive at the Turner Media Group media conglomerate, which he left in 2004, the same year he faced charges in a fraudulent mortgage scheme. Prior to his time at Turner, Sigg claims to have owned and operated “a number of real estate, construction and spa businesses.” Today he seems to manage something much more lucrative: the captive public that voted for Trump and hopes that he will return in 2024.