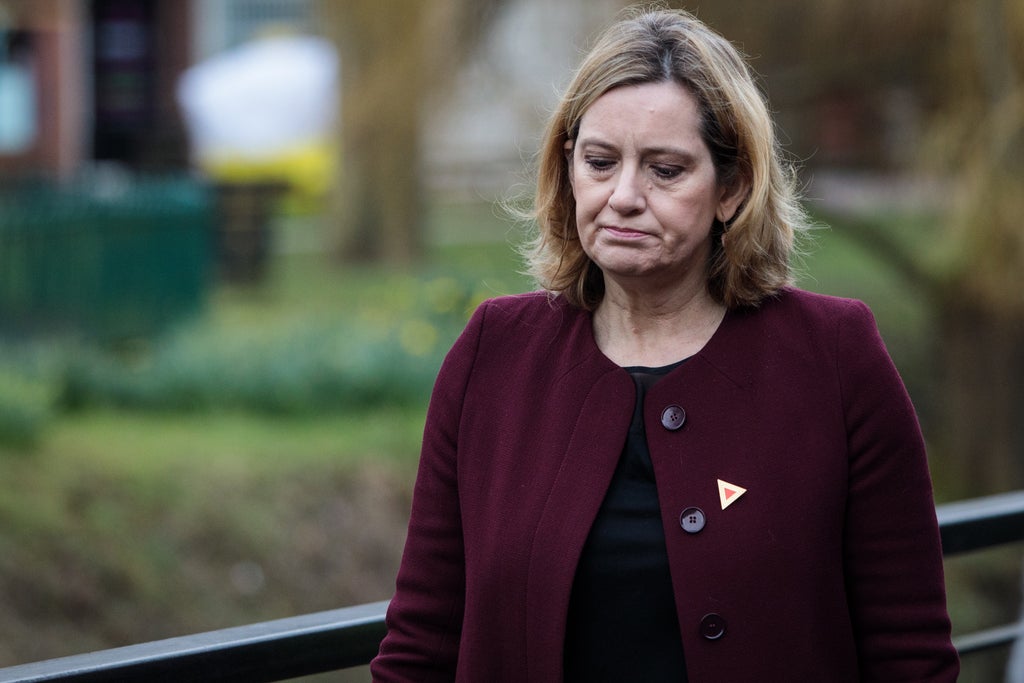 A Conservative former home secretary has denounced Boris Johnson’s Jimmy Savile smear as “disgraceful” and “Trumpian” and said she does not believe the prime minister can survive the current crisis at 10 Downing Street.

Amber Rudd said that Mr Johnson may even call a no-confidence vote in himself in the hope of securing another 12 months at No 10 by forcing MPs decide before they see the full report into the Partygate scandal.

Under Tory party rules, a PM who gets more than half the votes – currently 180 MPs – in a ballot on his or her leadership cannot be challenged again for another year.

Ms Rudd told ITV’s Peston that Mr Johnson was wrong to try to distract attention from the Partygate row by raising the 2013 apology which Keir Starmer made as director of public prosecutions for the Crown Prosecution Service’s failure to prosecute paedophile Savile.

An official report at the time said Starmer played no part in the decision, but Mr Johnson told the Commons that the Labor leader had failed to take action.

Ms Rudd said: “I thought that was a disgraceful thing to say, and I think you’re absolutely right that there are a lot of Conservative MPs to whom that was a step too far and are thinking that he can’t reform if he’s going to carry on behaving like that.

“That is a Trumpian response to try and deflect from himself and use something so outrageous that people will talk about that rather than the big issue.”

But she added: “In the end that may or may not be a good thing.”

Asked if the PM can survive the Partygate scandal, she replied: “I don’t think he can.

She said Mr Johnson would now be thinking “strategically” about moves he can make in the coming weeks to increase his chances of remaining leader after the release of the full report and any -penalties imposed by the Metropolitan Police over 12 allegedly lockdown-breaching events .

But she said whatever the outcome, voters and MPs have largely made up their minds already whether they want him to stay.

“So I think that Boris Johnson will be thinking about whether he should bring forward that no confidence vote.”

She added: “When I talk to MPs, Conservative MPs, they are getting a lot of letters, and they’re not the normal standard letters. And also one MP said to me they’re the letters from church wardens: ‘I’ve always voted Tory, but I’m not voting Tory, I can’t vote for you – you’re a lovely MP but I can’ t vote for you while that man is in’.”