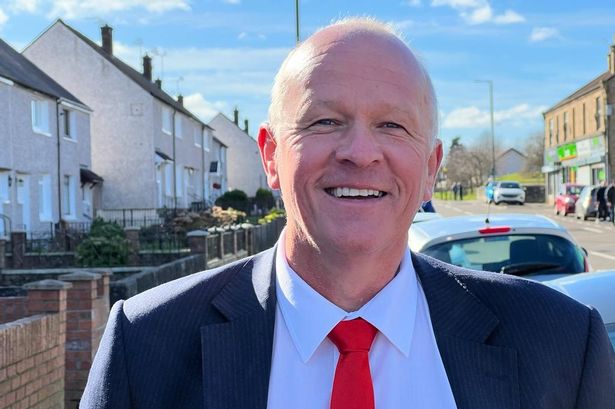 A local councilor who left the SNP last week after more than four decades has blasted claims that he was ditched as a candidate for colluding with Tory councillors.

As reported in Friday’s Stirling Observer, Bannockburn ward councillor Alasdair MacPherson, an SNP councillor for more than 15 years and a member of the party for 44 years, announced that he had submitted his resignation last Wednesday morning citing differences with the party “at local and national level”.

The controversial move last year by the SNP/Labour administration to introduce collection of gray bins and blue bins every four weeks instead of fortnightly was said to have played a part in his decision.

He now intends to stand as an independent in the ward.

However, Stirling SNP has since claimed he was removed as a candidate as a result of “serious misconduct” and plotting with the Tories.

Stirling SNP spokesperson Grant Thoms told the Observer: “After his approval and confirmation as the SNP candidate for Bannockburn ward, evidence came to light of serious misconduct on the part of Alasdair MacPherson, involving prolonged negotiation and plotting with the Stirling Tories to remove the Stirling Council SNP/Labor administration from office earlier in this term.

“This represents a severe breach of trust between Mr MacPherson and the party, and is completely disdainful to the hard-working members and supporters who elected him to office as an SNP councilor.

“Alasdair’s nomination was terminated by the party in light of the evidence presented. Stirling SNP will be standing replacement candidates, and will offer voters a positive vision for Stirling’s future.”

However, Councillor MacPherson said this week the comment was “simply untrue”, adding: “My nomination was not terminated as he claims, I announced my resignation from the SNP on my Facebook page last week.

“After tabling a no-confidence motion in the SNP/Labour administration last summer, the Tories contacted me asking for a meeting to discuss grandiose plans they had for Stirling which would result in millions of pounds of investment if I supported their motion.

“They claimed a lot of investment would be directed to my ward so, out of loyalty to my constituents, I felt I had a duty to meet with them to hear how the Bannockburn ward was going to benefit.

“They, unsurprisingly, failed to convince me and it’s a matter of public record that I voted against their motion.

“Given my well publicized dislike of the Tories, voting with them was never a realistic option as they have never done anything positive for my ward, they have only ever inflicted pain and misery like Universal Credit on my Constituents.

“Grant Thoms’ claims that the meeting with the Tories only came to light recently is just not true as I told my colleagues about it a few days after.

“It’s very sad that Stirling SNP have put him up to attack me after the hard work and loyalty that I gave the party for over 40 years and I sincerely hope that the cynical smears will rebound on them come polling day.”

Councillor Macpherson, who chairs the council’s planning and regulation panel, had said last week: “The fiasco with the bins last year nearly forced me to back a move to remove the SNP/Labour coalition from power last summer, but as the move was tabled by the despicable Tories I did not support it.”

See also  Michel: "Speaking Catalan is a way of integrating myself and whoever does not understand it ... seems short-minded to me" | BE Sporty

In 2017 Councilor Macpherson was re-elected for the SNP in the Bannockburn ward – which also covers the Eastern Villages including Cowie, Fallin, Plean and Throsk – with the most votes – 871 – along with Labor veteran Margaret Brisley, a local councilor for over three decades, with 837 votes.

Maureen Bennison was elected for the SNP at round seven with 718 votes, just pipping Paul Henke of the Conservatives.

Councillor Bennison, however, later resigned from the SNP in August 2020 after making accusations about bullying, sexism and party in-fighting before joining Alex Salmond’s Alba Party in March 2021.