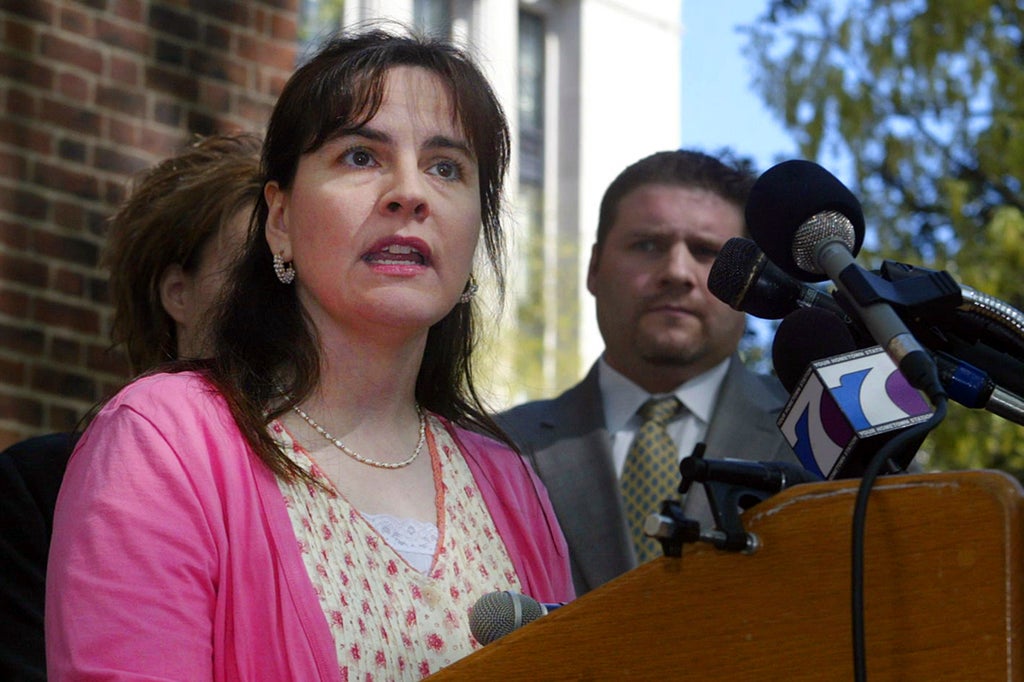 A former Vermont woman who fled the United States with her daughter in 2009 and lived as a fugitive in Nicaragua to avoid sharing custody with her former same-sex partner pleaded guilty Wednesday to parental kidnapping.

Lisa Miller, 53, appeared via video in federal court in Buffalo, where she admitted to the charge under an agreement with federal prosecutors that will likely shorten the time she could spend in prison.

Miller was indicted in 2014 amid a prolonged custody fight that began years earlier when she broke up with her partner, Janet Jenkins of Fair Haven, Vermont, renounced homosexuality and became an evangelical Christian.

She disappeared in September 2009 with the couple’s then 7-year-old daughter Isabella, shortly before Jenkins was scheduled to have an unsupervised visit with the child.

Authorities said a network of supporters — many of them members of a conservative Christian church — helped Miller flee to Canada by way of the Rainbow Bridge in Niagara Falls, New York. They then drove her to Toronto for a flight to Nicaragua, where Miller and her daughter are believed to have stayed for several years.

“Miss Miller just didn’t wake up one morning and say ‘I’m going to get in my car and drive to Canada,’” Assistant US Attorney Michael DiGiacomo told US District Judge Richard Arcara, who accepted the guilty plea.

Miller only spoke Wednesday to acknowledge she understood the proceedings, mostly replying with “Yes sir.” Although she was on video, members of the press who dialed were only permitted to hear the audio.

See also  The alchemists of microorganisms for food | Business

A Mennonite pastor in Nicaragua told The Associated Press in 2011 that members of the church helped Miller in order to protect Isabella from what they considered a dangerous and immoral lifestyle.

Miller returned to the United States in 2021 after Isabella turned 18 years old. She was arrested in Miami.

Isabella Miller has since said in court documents that she was “happy, safe, healthy” and well-cared-for in Nicaragua. Both she and Jenkins agreed to the plea deal, DiGiacomo said.

Lisa Miller indicated in an October court filing that her daughter was living in Virginia and working on a farm north of Charlottesville owned by a Mennonite family.

Through her lawyer, Jenkins said she hoped that with the legal case settled, Isabella will agree to speak with Jenkins and an extended family that includes an 8-year-old sibling Isabella has never met.

“The Jenkins family wants Isabella to know that she has a large family who love and support her, even though she might have been told differently by others,” Vermont attorney Sarah Starr said by phone after the hearing.

Miller and Jenkins were joined in a Vermont civil union in 2000, shortly after the state became the first to recognize same-sex relationships. Two years later, Miller gave birth to the girl, conceived through artificial insemination. The couple split in 2003.

As part of the plea agreement, Miller is expected to receive a prison term of 12 to 18 months when she is sentenced in June. The charge typically carries a maximum sentence of three years.

In 2012, Kenneth Miller, a Mennonite pastor from Stuart’s Draft, Virginia, was convicted in federal court in Vermont of helping Lisa Miller flee. He was sentenced to 27 months in prison.

The Millers are not related.

In 2016 Philip Zodhiates, a businessman from Waynesboro, Virginia, was also convicted, in Buffalo, of helping them flee. He was sentenced to three years in prison.