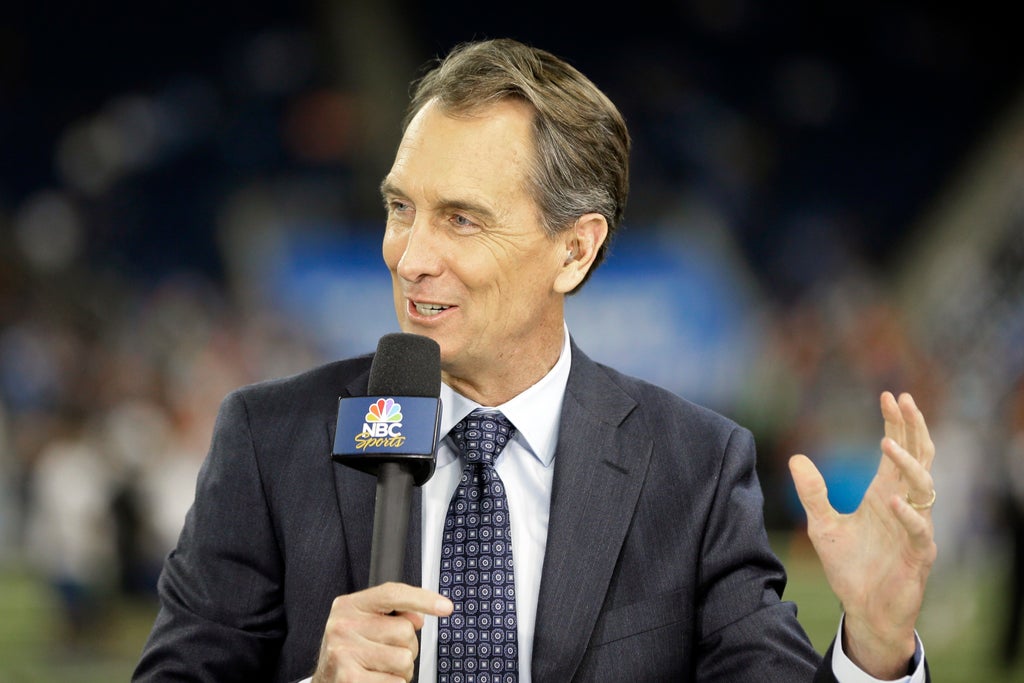 Cris Collinsworth is familiar with Super Bowl runs by the Cincinnati Bengals He was part of the first two during his eight-year career with the franchise and has seen their highs and lows during the past 33 years, not only as a commentator but as a resident of neighboring Kentucky

It is only fitting that Collinsworth will be in the broadcast booth for Sunday’s matchup against the Los Angeles Rams for the Vince Lombardi Trophy. The game will be his fifth Super Bowl for him as an analyst and fourth with NBC as Al Michaels’ partner.

“I’m obviously excited. I’m human,” Collinsworth said. “It’s going to be fun. I would have bought a ticket regardless to go watch this game. I just happen to get the best seat in the house.”

The Bengals are the first team to make three Super Bowl appearances after posting a losing record the season prior. They are also trying to join the 1999 St. Louis Rams and 2001 New England Patriots as the only franchises to post five or fewer wins the season before winning the Super Bowl.

Collinsworth sees a striking similarity between this year’s Bengals team and the ones he was on in 1981 and 1988.

“The one thing all three had in common was great quarterback play. Kenny Anderson and Boomer Esiason had MVP seasons, and certainly what Joe Burrow has done this year is fairly phenomenal,” he said. “Joe has captured the hearts of this city. I don’t know that maybe since Pete Rose has there been a player that sort of captured this city the way that Joe Burrow has.”

Even though Collinsworth lives less than 20 minutes from Paul Brown Stadium, almost all of his advance research the past couple weeks has been on the Bengals. The last Cincinnati game he called was in 2018 against Kansas City.

Cincinnati was on NBC for the wild-card round game against Las Vegas, but the crew for that game was Mike Tirico and Drew Brees.

The Bengals are the third team since NBC’s “Sunday Night Football” package started in 2006 to not make an appearance the year it made the Super Bowl. The Rams have been the opposite. Los Angeles has played seven regular-season Sunday night games since 2018. Collinsworth and Michaels have called the Rams three times this season, including their divisional round win over Tampa Bay three weeks ago.

“It was a weird week for me that I had to do almost all my preparation with the Bengals because I knew so much more about the Rams,” Collinsworth said. “I probably have more relationships with the Rams than I did the Bengals. I had never met the offensive or defensive coordinator before (the past couple weeks). I had only met Zac Taylor a couple of times before.”

Collinsworth has always had a good relationship with Bengals owner Mike Brown Even though many think that Brown was in the background during the franchise’s success in the 1980’s, Collinsworth pointed out that Brown was already running things while his father, Hall of Fame coach Paul Brown, owned the team.

“I always thought the greatest thing in the world would be to be an NFL owner. But the more I’m around it, I’m not so sure about that,” Collinsworth said. “These guys take so much heat with their role on the teams. Every city that you go to it is crazy sometimes.

“Mike is a guy that in many ways I feel like gets the short end of the stick sometimes because he’s not Jerry Jones, he’s not a big PR guy, he’s not out front and center all the time. I signed to go with the USFL because I couldn’t get my contract where I thought it should be. I signed a futures deal there and when the league ran its course he welcomed me back with open arms. When my career was nearing an end and I was starting law school, he allowed me to miss morning meetings to go to classes, which was completely unheard of.”

In looking ahead to the game, Collinsworth said the best matchup would be if Rams cornerback Jalen Ramsey is in single coverage against Bengals wide receiver Ja’Marr Chase, the NFL’s Offensive Rookie of the Year. But the one Collinsworth has his eye on is Rams pass rusher Aaron Donald.

“There’s just a million matchup things within this game that they’ve got to play. They’re going to do something but we don’t get to see it until they kick it off,” he said.