Skip to content
Home News Foreigners choose in Buenos Aires: “I am 68 years old and I never voted until today” | International 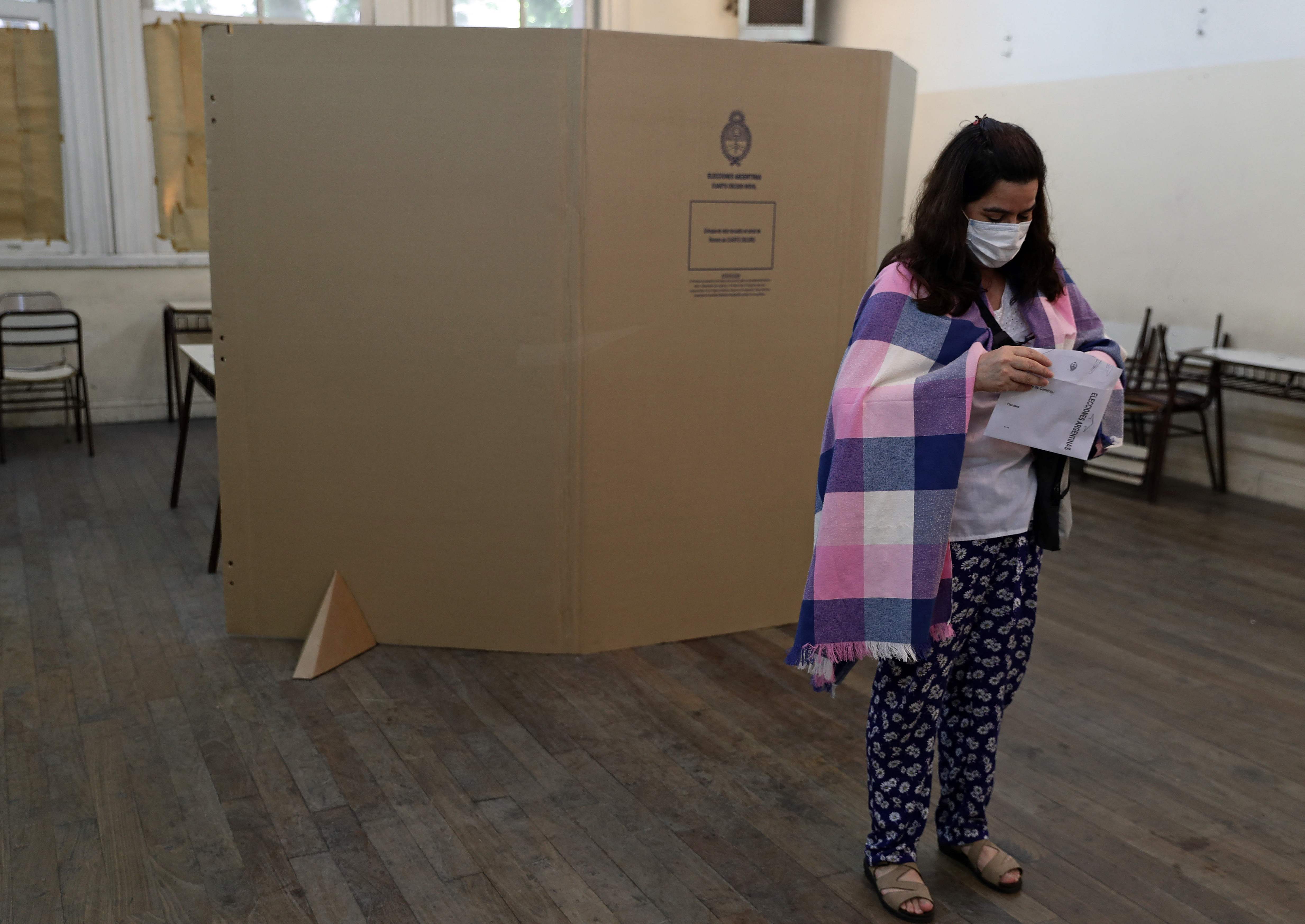 “Sung vote, sung vote,” shouts one of the prosecutors at the electoral college set up in the Communications Club of the City of Buenos Aires, in Argentina, where legislative elections were held this Sunday. All eyes are on the voter who has emerged from the dark room with the Libertad Avanza ballot in one hand and the envelope in the other. The voting is paralyzed for a few seconds and the president of the table explains to that Venezuelan that for his vote to be valid he must leave the school and start over: stand in line, show his ID, go to the dark room and there choose the ballot you want and put it in an envelope that you must then place in the ballot box in the presence of the table authorities.

Most of the immigrants residing in Buenos Aires are summoned to the polls this year for the first time and many are unaware of the operation of the Argentine electoral system, which has generated incidents, such as the one described, throughout the day. Until now, foreigners who wanted to vote had to register voluntarily, but with the entry into force of the city’s first Electoral Code, everyone was automatically registered. In the 2019 elections, they represented less than 1% of the electoral roll in the Argentine capital. In the legislative elections this Sunday, they were 16%.

“I am 68 years old and I never voted until today,” says Uruguayan Olga Mary Cordero excitedly as she waits for her Argentine husband to take a picture of her with the envelope in the ballot box. Cordero arrived at the age of 18 to study and stayed to live on the other side of the Río de la Plata. He had never voted in either country. This Sunday he was one of the 130 immigrants who have voted in the Communications club. The polling station authorities applaud when he casts his vote, as is often the case with teenagers who go to the polls for the first time. From the neighboring tables, where Argentines vote, they look curiously at that woman with short gray hair.

In Argentina, foreigners can only vote local authorities, not national ones. Their tables are differentiated because in the dark room they have fewer ballots than Argentines: on this occasion, the former have only been able to vote for candidates for Buenos Aires legislators, while the latter also elected national deputies.

The high number, a total of 417,000, may be key to the local electoral result, which has led political parties to mobilize to attract votes. Still, many immigrants lament the lack of information. “We found out from my brother-in-law, by chance. Neither my partner, nor my mother, nor my mother-in-law nor I follow Argentine politics, we do not know the candidates and we do not know who to vote for, but they have told us that it is mandatory ”, assured the Venezuelan confectioner Fernanda Socorro at the beginning of September, when he found out that he was on the list of foreign voters. Days later, when he learned that voting is voluntary for foreigners, he decided not to go to the polls.

The foreign table authorities summoned by the electoral Justice also regret the lack of information. “I received the telegram to be president of the table three days before the vote. I was so nervous that I didn’t sleep the night before, ”says Juei Ja Chang from Taiwan. The more experienced prosecutors help her prepare the ballot box, put the ballots in order in the dark room, and look up the name of each voter on the roll. The first two forgets to get them to sign: one of the prosecutors runs out to find them. He returns with one of them, but does not find the other and the electoral delegate asks that they leave him seated as an observation.

As it is not mandatory, the participation of foreigners is lower than that of Argentines and the vote count is faster. Between the two specific tables for them in the Communications club they add 130 votes out of a total of 690 qualified. Together for Change is ahead in both, followed by the Frente de Todos and, very close, Libertad Avanza.

It takes less than an hour to get the results, seal the ballot box and fill in the results in the telegram that the Post Office employees will send to the computer center. From 21.30 the first results are expected.