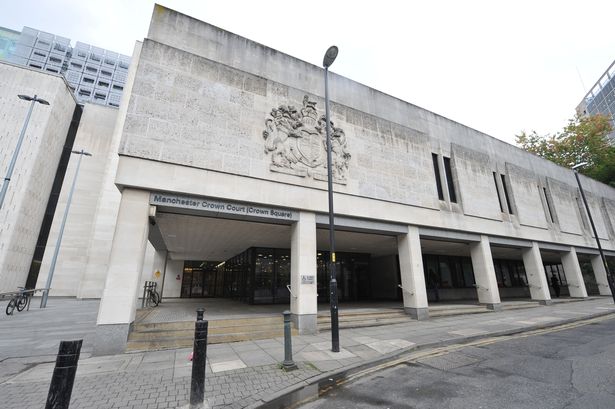 Nickson had made three sets of recordings, two involving the same girl as she was in the bath or shower, with the other set of videos recording a girl changing. David Lees, prosecuting, told Manchester Crown Square that Nickson had secretly filmed his first victim twice.

When police first spoke to him, he told officers there might be a video of the girl on his phone. However, when officers examined the device, a video from a different occasion involving the same girl was actually discovered.

No footage from the third incident, involving the second victim, has been recovered. Nickson initially denied filming his second victim but, when speaking to police, said he had viewed the video and “felt ashamed” so he had deleted it, before denying he had a sexual interest in children.

According to Mr Lees, the first victim told her mum she’d spotted a phone as she was about to get into the shower and thought it might have been recording her, but her mum assured her the well-respected coach had probably just left his phone in the bathroom. However, when a second victim came forward several years later, the woman realized she had been mistaken. It is something which she has struggled to come to terms with, the hearing heard.

In a victim impact statement read to the court, the mother of the first victim said she felt “devastated and sick”. She said her daughter de ella was “not coping well” with the news that Nickson had in fact been videoing her and had started to self-harm and feel suicidal.

She added: “This is a heartbreaking situation to be in,” before calling Nickson a “manipulative man” who was “preying on young and vulnerable children.” The court heard Nickson had coached a number of clubs over the past two decades.

Mark Friend, defending, claimed his client appreciated the impact his crimes had and asked for credit to be given for admitting he had taken a second video when interviewed, as that footage was not found by police so that count “comes as a consequence of his own admission”. He also said it was a “tragedy” that a man would lose his previously good character after coaching “hundreds and hundreds of children” – a profession he will now be barred from participating in.

But Her Honor Judge Suzanne Goddard QC told Mr Friend she was troubled by Nickson’s “lack of understanding” about the impact of his offending during conversations with the probation service and sentenced him to nine months in prison. “These were very serious matters and their age was a matter of concern and one of your victims was a young girl who you knew was particularly vulnerable and in her mother’s impact statement it reveals the lasting impact it’s had on her,” she said.

“It was deliberate and there was a degree of planning in relation to these incidents.” In addition to the imprisonment, Nickson was barred from working with young children, ordered to sign the sex offenders register for ten years, ordered to pay the statutory victim surcharge, and will be subject to a sexual harm prevention order for ten years.