Skip to content
Home News Food prices set to rise and inflation could hit 8.2% due to Ukraine conflict 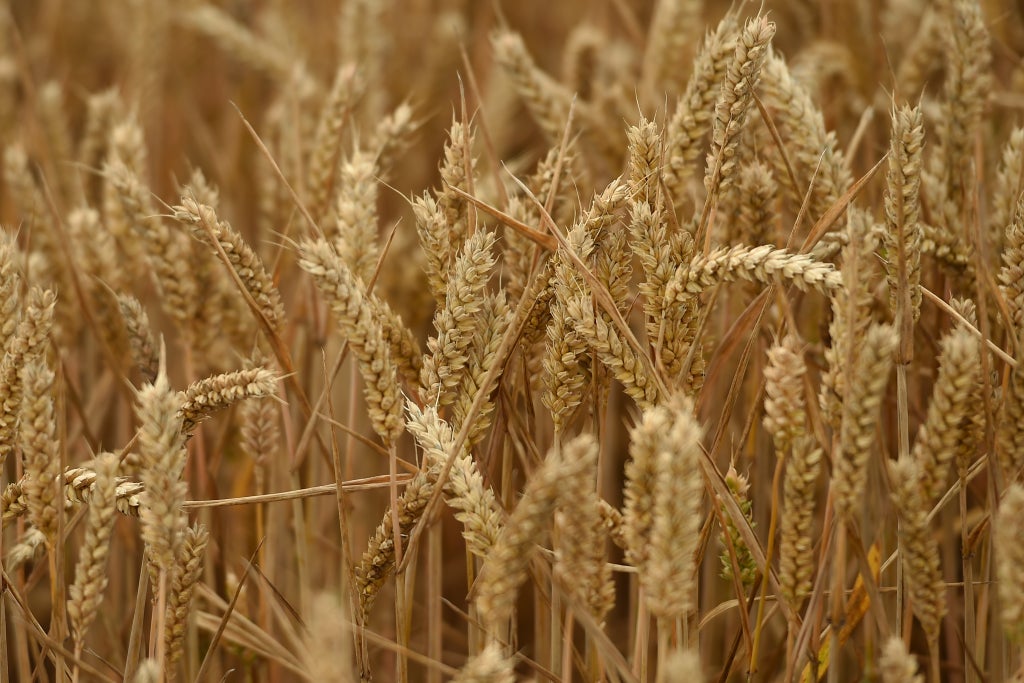 The Government said it will monitor and offer support as required if the full-scale invasion of Ukraine by Russia leads to a surge in global food prices.

Ukraine is a major supplier of wheat and corn, with economists warning the cost-of-living crisis in the UK could be exacerbated with inflation rising well beyond current predictions of around 7% later this year.

Samuel Tombs, chief UK economist at Pantheon Macroeconomics, said if the jumps in oil, gas and electricity products on Thursday are sustained, it could push inflation to 8.2% in April.

Inflation hit 5.5% in January and the Bank of England believes it will peak at more than 7% in April when huge 50% increases in domestic energy bills when the new price cap hits.

“CPI inflation now likely to peak at circa 8.2% in April and only come down to 6.5% by the end of the year.

Thomas Pugh, an economist at RSM UK added: “Looking beyond the immediate humanitarian impact, the effect on the UK economy will depend on what happens next and how long commodity prices remain elevated for.

“But inflation in the UK will now probably rise beyond the 7.5% peak we had expected in April and will remain higher for longer.”

“A good general guideline is that a 10 dollar increase in a barrel of oil increases inflation over the next year by about 0.15 percentage points.

“The direct effects on inflation will also likely extend to food prices.”

The price of a barrel of oil hit above 100 dollars a barrel on Thursday for the first time since 2014.

I have added that Russia and Ukraine export a quarter of the world’s wheat, with Ukraine a major corn exporter.

Conservative former minister Robert Halfon urged the Government to make a statement on the impact of the Ukraine crisis on the cost of living.

He told the Commons: “Oil prices following the Russian invasion have gone up to over 100 dollars a barrel.

“This is going to impact millions of people across the country and make petroleum and energy even more unaffordable.”

Commons Leader Mark Spencer replied: “Clearly, the conflict in Ukraine between Russia and Ukraine is going to have an impact not only on global fuel prices, but also on global food prices as well.

“The Ukraine is an enormous supplier of food, of wheat and of bread.

“I think it’s something that the UK Government will monitor and, of course, will assist through its work to try and lessen the burden of the cost of living.”

Global wheat prices had already been rising prior to the invasion and are up nearly 40% this year, hitting levels not seen since 2013.

Futures contracts for the grain, along with corn, surging to maximum allowed levels on the Chicago exchange on Wednesday.

In Paris, milling wheat hit record highs, along with rising oilseed prices, Ukraine is a major producer of sunflowers.

Chris Rogers, a supply chain economist at Flexport, said: “The physical availability of the commodities that are produced and exported from Ukraine and Russia may be interrupted by conflict.”

He also warned that prices could rise as associated costs, such as shipping insurance, could rise.

See also  Meghan Markle 'has no intention of returning to UK' as it is 'lost cause', says expert