Skip to content
Home News Food: I meet my friends at the… supermarket | Alterconsumism | future planet 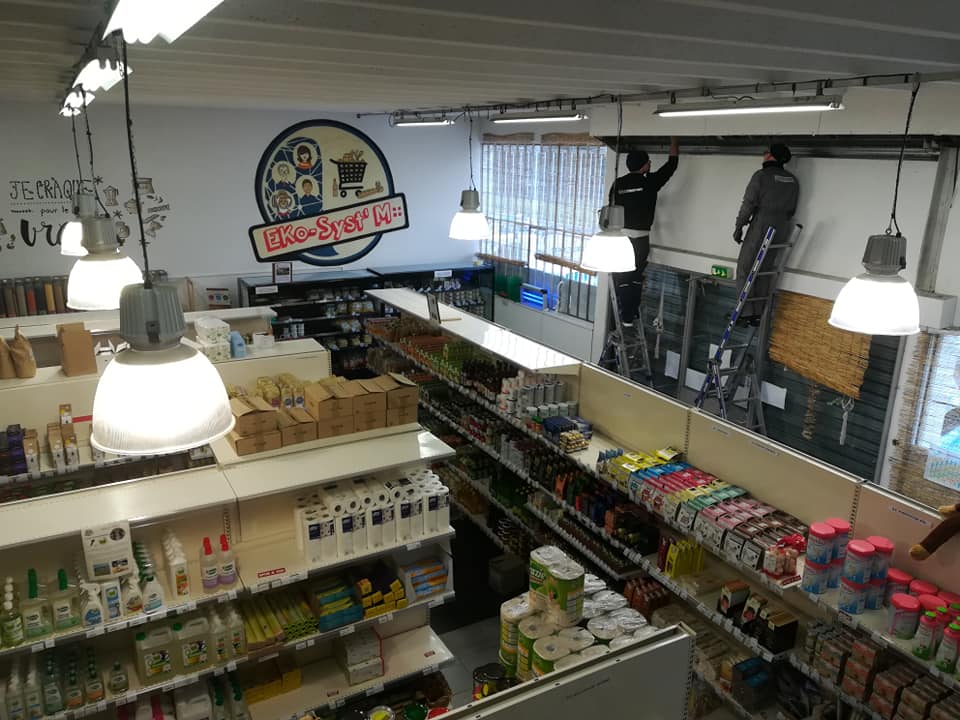 Paris became a pioneer when in 2016 it saw the birth the louve, the first cooperative supermarket in France and throughout Europe. The idea has caught on, and deeply, because these establishments are already a daily reality for French and Spanish citizens who live in large cities. Only six years after its birth, more than 30 similar premises have emerged in the Gallic country. And in Spain, which is lagging behind, about twenty have already opened their doors.

The reason for the success of this new model has its reverse: it is also due in part to the decline of large surfaces. Arte broadcast last year a documentary titled Hypermarkets: the fall of the empire where he portrays the crisis of this model caused in part by the dehumanization of the shopping experience, by inviting hyper-consumption and by always opting for “the cheapest possible”, which translates into systematically mistreating suppliers. For example, the Leclerc chain announced in January that they would sell their loaf of bread at 29 cents for at least four months. This measure aimed at increasing the purchasing power of the French generated, however, the criticism of the bakers’ guild for unfair competition but also the disagreement of a large part of French public opinion. Is it necessary to blow prices up to this extreme?

In this highly competitive context, a new system emerges, the cooperative system, which is committed to local, artisanal, seasonal products that allow the consumer to be both an actor in their consumption. The cooperative member, because he owns the establishment together with others, decides with his vote what is sold and for how much, with the aim that neither the producer nor the consumer feel cheated. That each one is also a worker a few hours a month allows to reduce costs, hire few staff and thus offer quality food at reasonable prices. So the keywords behind the invention are: health for people and the planet, economic justice, cooperativism and reasonable price.

The cooperative member, because he is the owner of the establishment together with others, decides with his vote what products are sold and at what price

In France, the different initiatives have not yet been associated under a common umbrella, but rather function in isolation, each one in its own little local world. In my city, Chambéry, the cooperative establishment is in contact only with others from neighboring towns, such as Alpar in Annecy or L’éléfan in Grenoble. In Spain, despite having implemented the idea later, they are already associated to defend their interests in the State Network of Cooperative Supermarkets.

This week I visited Ekosystm, the cooperative area of ​​my city, to discover another possible decline of the same concept. Leo homepage of its website that, born in 2017, Ekosystm “deeply it changes the role of these premises: becomes place of life, exchanges and personal development”. My friend Dominique Desandre is a partner for years. She weighs not have to give three hours of work a month. To the contrary, loves going to share with other informal chats while restock merchandise, attend meetings where producers decide how to negotiate and make an appearance in promotional events taking advantage of markets and local fairs.

Years ago, Desandré worked as a cashier in a hypermarket, not a happy time, since the daytime experience often gave her nightmares. Today, now retired, she spends hours in the same stall at this alternative place and enjoys it beautifully because she doesn’t have the pressure of productivity at any price, nor does she have to put up with the poor treatment she sometimes received from her former clients. At Ekosystm everyone is at the same time customers, workers, partners, colleagues and sometimes even friends.

Sylvie Bouvier-Garzon is another Ekosystm partner and one of the two salaried workers. She acknowledges that years ago she was tempted to abandon the project despite believing in the importance of offering an alternative to the large agri-food groups. In his day he considered throwing in the towel because he did not get along with other partners. Human relations improved and that meant wanting to maintain the bond. Bouvier-Garzon tells me that some of the members are retirees who come to buy, of course, but above all to interact with other people.

See also  Cumbre vieja: The authorities terminate the eruption of the La Palma volcano after 10 days without activity | Society

Claude Badin, who is part of the government committee, says that he has seen, being from the generation of ’68, how France has gone from being a country of peace and love to another where individualism predominates, which has alienated people from each other. Today, in Badin’s opinion, the new batches want to recover lost relationships and seek spaces to weave them, such as associative cafes and cooperative premises.

Solidarity is another keyword of the project. Not all partners pay the same to become members. The fee varies based on your income. The establishment aims to offer quality products, but also maintains a more affordable “conventional” line, designed for the tightest budgets. In good years, the cooperative donated that extra money to a local association, Popex, which aims to promote urban rooftop gardens in the Chambéry region. Since the pandemic they manage to balance the accounts and not much more.

Today, Ekosystm brings together some 500 cooperative members. They hope to attract more members in the near future, people interested in responsible consumption, but above all, people who want to create a community around the project to ensure their future. After all, what is a supermarket for? Until recently to fill the shopping cart and little else. Today some think big. And for these dreamers it is synonymous with doing justice, being supportive, changing the world, eating better and at a reasonable price. It is a place where everyone finds their place and where they can even make friends.