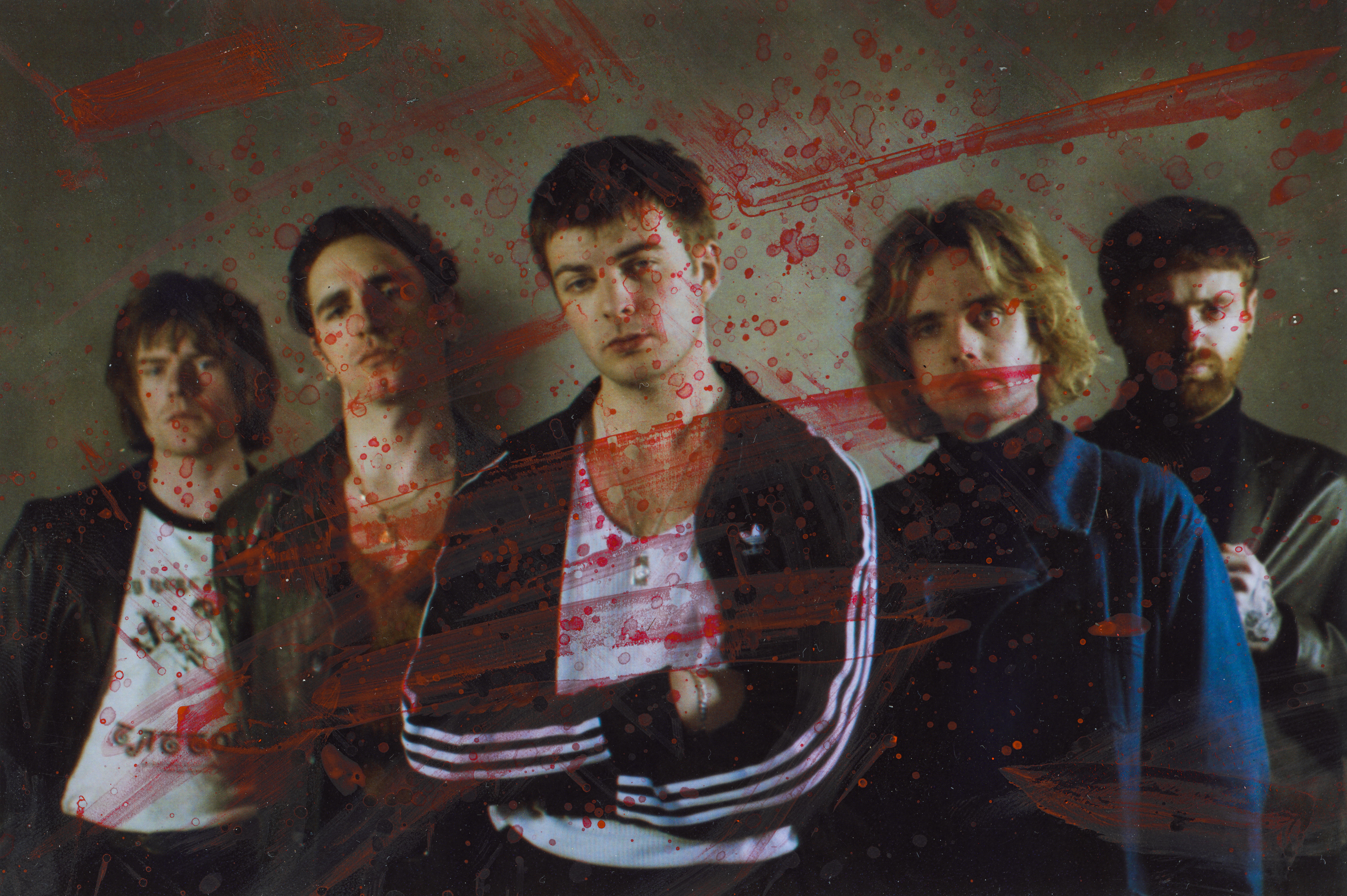 As an Irishman living in England, Fontaines DC frontman Grian Chatten feels a “doom ringing in [his] head”. It’s a sound that resonates through the post-punk quintet’s third album, Skinty Fia: a fierce, direct-like thundercloud of ruination. Chatten’s jagged sneer channels much of its electricity.

Formed in Dublin in 2017, the group met at music college and bonded over a mutual love of Irish poetry. Their Mercury Prize-nominated debut, dogrel (2019) saw them fighting for the degraded soul of their hometown, against a monochrome soundscape inspired by Joy Division, Oasis, and The Cure. Their 2020 follow-up, To Hero’s Death, added Beach Boys-indebted color and melody to the mix, along with a wariness of fan expectations (“You won’t catch me/ In your bear-trap loyalty”).

Skinty Fia – an Irish curse that translates as “the damnation of deer” – is another leap forward. Its production confidently stretches the band’s sound to fill a stadium stage, without sacrificing their compelling friction between surly grit and romantic yearning. Prevented from touring during the pandemic, they began writing at night in London, when moods were darker and less certain. Chatten, the band’s main lyricist, recently told rolling stone about the prejudice they’ve experienced in the UK: the IRA jokes, the “top ‘o the mornin’s” and the grunted “go home”s. It left them feeling guilty about leaving Ireland, but also feeling defensively “huddled”. That spirit is palpable here.

The album rolls into action with “In ár gCroíthe go deo”. The track is named after the phrase an Irish family wanted on the gravestone of their mother, Margaret Keane, who died in Coventry in 2018. The Church of England refused the engraving, which simply means, “Forever in our hearts”, for fear it would be perceived as a threatening political slogan (the family won their appeal last year). The track emerges from the shadow of a broodingly thrummed bass and funereal chant, building into a furious storm of clattering percussion. Through it all, Chatten intones: “Gone is the day, gone is the night.” It’s the vocal equivalent of a stubbornly held gaze; the band dare the Church to look away first.

After this innovative opener, things veer effectively, if less experimentally, into Nineties indie pub rock. There are the swirling, shoegazey riffs of “Big Shot”, written by one of Fontaines’ two guitarists, Carlos O’Connell. Then there’s the slow fog of “How Cold Love is” (about a couple in the grip of addiction), and the malicious, rattling kicks of “Jackie Down the Line”. On the latter, Chatten takes a snarling glee in assuming a toxic character who’ll “hurt ya, desert ya… got away with mur-da”. Things sag a little with the nip-to-the-bar dirge of “Bloomsday”, but the beat picks back up with “Roman Holiday”, on which Chatten urges a lover to get her “hourglass on” for a night out in London .

The Nineties clouds are blown away by the breeze of accordion that accompanies “The Couple Across the Way”, (about the domestic barnies of Chatten’s neighbours), before the propulsive danceability of the title track. It carries echoes of Underworld’s “Born Slippy”, as Chatten drawls: “I let her prize apart from her my ribcage like a crackhead at the blinds”.

But after all this cockiness, the band ended the album with the terrifyingly submissive “Nabakov”. Chatten begs, “I’ll be your dog”, over a threatening guitar that reverberates like echoes against the grimey concrete of a multi-storey car park. On Skinty Fia, Fontaines DC have nailed their themes of urban decay and defiant immigrant soul. They just need to find the courage to fully emerge from the chrysalis of their indie and post-punk influences.