Skip to content
Home News Flybe flies again: everything you need to know about the revived UK airline 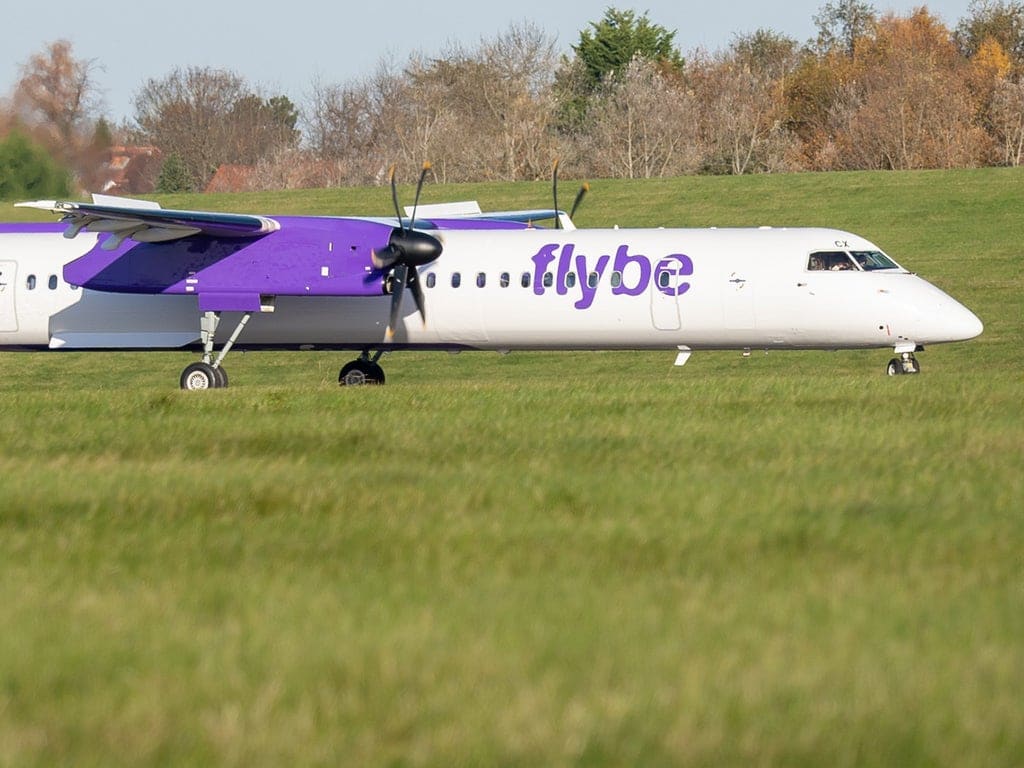 On 5 March 2020, the UK’s largest regional airline collapsed. Flybe was looked at in debt. A rescue consortium led by Virgin Atlantic, having pumped in £100m and seen it disappear, concluded there was no hope of turning the airline around and pulled the plug.

Yet on 13 April 2022, the familiar Dash 8 Q400 aircraft in a purple livery will take off from Birmingham airport, destination Belfast City – with 22 more routes to follow.

These are the key questions and answers.

What happened to Flybe mark 1?

The airline began life in 1979 as Jersey European. For two years from 2000, it was briefly known as British European. In 2002, when online booking had become popular and names for airlines were constructed to give them a memorable URL, it became known as Flybe. Its HQ was at Exeter airport.

For several years, the airline flourished – culminating in an initial public offering in December 2010, when Flybe was briefly valued at £250m. Yet in under a decade, the airline collapsed. At 2am on 5 March 2020, passengers with flights booked that day on Flybe were told: “Please do not travel to the airport as your flight will not be operating.”

More than 2,000 staff lost their jobs, all future departures on the Exeter-based airline were canceled – as were the travel plans of hundreds of thousands of passengers with forward bookings.

Flybe was the first collapsed carrier to attribute its demise, at least in part, to the virus. At the time of the failure, then-chief executive, Mark Anderson, said funding challenges were “compounded by the outbreak of coronavirus which in the last few days has resulted in a significant impact on demand”.

In October 2020, when the coronavirus pandemic was paralyzing the world, another partner in the failed rescue consortium, Cyrus Capital, bought the brand from the receiver. After months of rumors but little actual news, we know that Flybe is coming back.

Where is Flybe based?

Its HQ is at Birmingham airport, also a hub for Flybe. There is a second base at Belfast City airport, which will actually have the biggest route network.

According to 2019 data from the analysts Cirium, they were Flybe’s second- and third-busiest airports in 2019, with Manchester marginally ahead.

What aircraft will it use?

See also  'I thought he was dead': Mum jumped into open sewer to save toddler son who fell 20ft when manhole collapsed

Where will Flybe fly?

The airline is being launched and expanded in several segments, with a two-stage launch in April.

The first flight takes off from Birmingham at 8.55am on 13 April, destination Belfast City. A link from Belfast City to Glasgow begins next day.

On 28 April, five more routes are due to be launched:

What happens in summer?

There will be a substantial expansion, beginning on 28 May with a daily Amsterdam-Belfast City and, the following day, Heathrow-Amsterdam. This twice-daily link will compete with British Airways and KLM.

Belfast City is a focus in the next few tranches, with multiple daily flights launching to Edinburgh (23 June), East Midlands and Manchester (both 7 July).

Then attention switches to holiday routes in France, linking Birmingham with Avignon and Brest on 9 July, and Southampton with Avignon (23 July) and Toulon Hyères (24 July).

Even though summer isn’t always a great time for UK domestic routes, on 28 July Flybe launches Belfast City-Southampton and connections from its Birmingham base to Edinburgh and Glasgow, 28 July.

Isn’t there some existing competition?

And it is. Some observers say there is little room left for what is effectively a new, small regional player – with all the viable routes already picked up by airlines such as Loganair, Eastern Airways, Aer Lingus, British Airways and easyJet.

Flybe is even picking a fight with the Dutch airline, KLM, on the prime Heathrow-Amsterdam route. “These are battles that they can never win,” said one aviation insider.

The airline schedule analyst Sean Moulton says that all but one of Flybe’s planned dozen routes from Belfast City is currently served from the airport, or its rival Belfast International. “Only Belfast City to East Midlands is completely unserved,” he said.

Ahead of the routes being revealed, Ralph Anker, editor of The Anker Report and an expert on route networks, said: “It is not obvious where it would find a niche in the UK market.”

How tempting are Flybe’s fares?

Very low at present – ​​typically £30 one-way on most routes, or £50 from much higher-cost London Heathrow. The French routes are far more expensive: Southampton-Avignon on 30 July is £157.

What does the basic fare buy me?

For the basic fare, known as Flybe Lite, a 7kg cabin bag, which can measure no more than 45 x 36 x 20cm – about 32 litres. That is the same as easyJet’s free bag size, but the latter has no weight limit.

Flybe was the original airline to start charging for checking in bags. It warns: “Cabin baggage will be subject to compliance checks, if your cabin bag does not comply with the allowed dimensions then it will be transferred to the hold with the appropriate fee charged depending on the size and weight of the bag.”

But it adds: “You may bring a bag of airport purchased duty free in addition to a cabin bag.”

One more option: the “valet bag” service allows you to carry a 56 x 45 x 25cm bag (maximum weight 12kg) to the aircraft. It will be stowed, but “once you reach your destination it will be available for you at the bottom of the aircraft steps, allowing you to collect your bag and quickly make your way through the airport to make the most of your time”. The cost is £20.

What if I’ve got more stuff?

The Q400 aircraft cabin is slender, so the same cabin baggage limit applies regardless of how much you pay.

Flybe was the first airline to instigate charges for checked bags (in 2006, when the fee was £2.50). Before its demise, it was much criticized for a hard-line cabin baggage policy.

To check in a 15kg bag, the Flybe Smart option currently costs £18 more – and also allows you to choose a reserved seat, rather than being allocated one.

Flybe Plus, currently £40, allows a 23kg checked bag, the choice of any seat (including extra legroom) and free itinerary changes – subject to any fare difference.

Even on domestic UK flights, everyone 16 or over will need official ID such as a passport (or an expired one up to two years old), a driving licence, a bus pass, a student card or a firearms certificate.

“The name on the identification document must match the passenger name exactly.” Weirdly, Flybe asks for middle names – though you can happily book without using one.

The minimum age for travel without an adult is 16.

What chance do you give the new airline?

Competition is already intense within the UK – with some evidence that the coronavirus pandemic has caused a significant and lasting decline in the amount of domestic business air travel.

Flybe will encounter a whole series of obstacles, including:

Besides other carriers, Flybe also faces strong competition from rail (especially on London-Leeds and from Birmingham to Edinburgh and Glasgow), road and ferries.

To its possible advantage is the government’s decision to incentivize flying over terrestrial transport with its plan to halve Air Passenger Duty for domestic flights next year.

Even so, it is difficult to see how Flybe 2.0 will turn a loss-per-passenger of well over £10, as experienced in 2019, into a profit when pretty much every other parameter is less favourable.

Cynics suggest that the new venture is merely an elaborate vehicle to exploit Flybe’s legacy slot portfolio at Heathrow and Amsterdam. But the airline says its mission is simply to provide “frequent, convenient, and great value flights that connect our customers to the people and experiences that really matter.”

Flybe says: “We are dedicated to the highest standards of safety, passionate about excellent customer service and will always go the extra mile to make your journey the best it can be.”