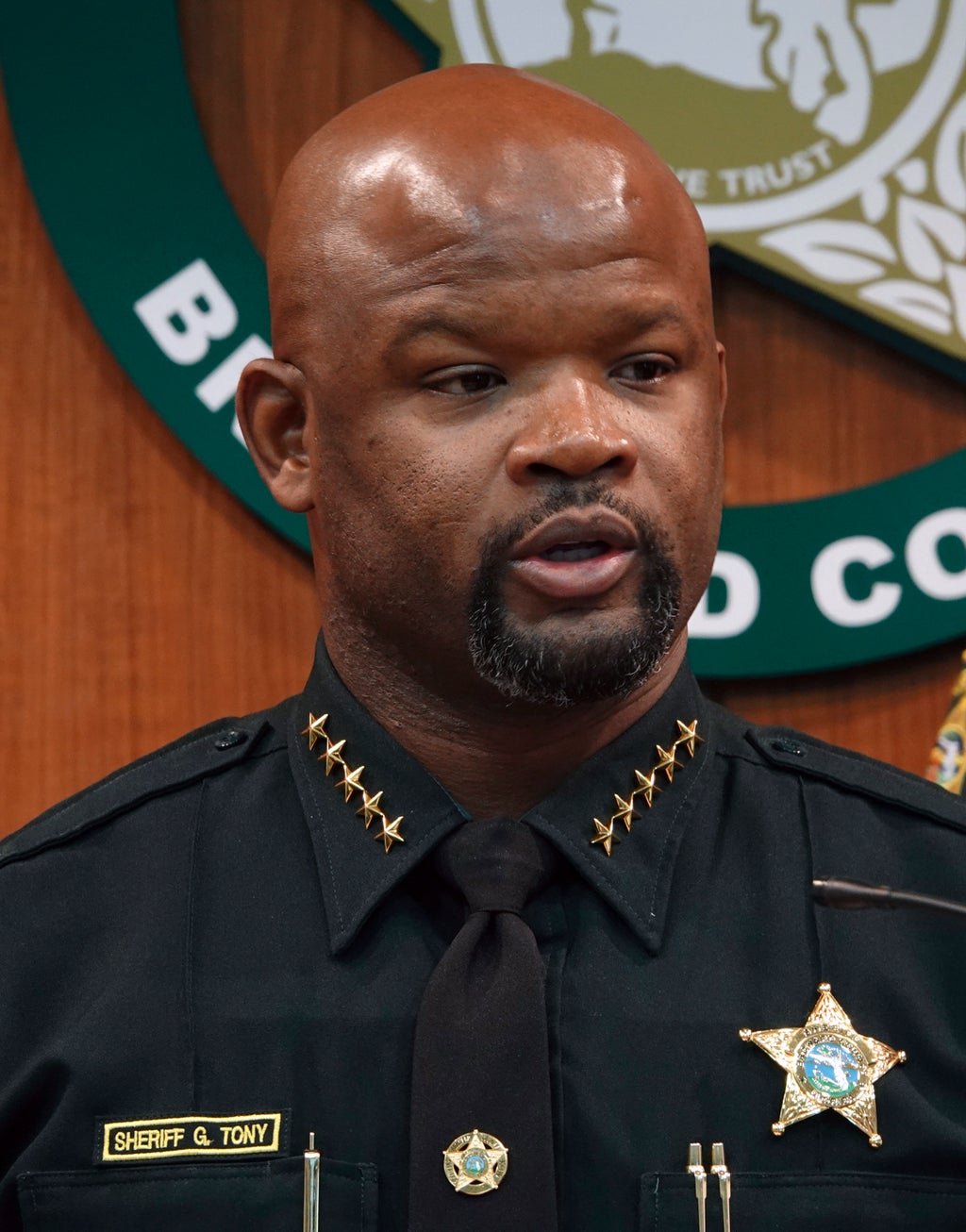 A Florida sheriff fired the president of his department’s deputies union Thursday, capping a three-year battle that escalated when the union chief accused the sheriff of not providing deputies with adequate protective gear against COVID-19.

Broward County Sheriff Gregory Tony said in a press release that he fired Deputy Jeff Bell for engaging in “corrupt practices” and “conduct unbecoming” of a deputy, saying Bell had lied about him to local news reporters in an unsuccessful attempt to prevent his election to a full term in November 2020. He said the office’s professional standards board had unanimously recommended the firing.

“The evidence shows Bell used corrupt practices to try to prevent me from being elected sheriff by providing misinformation and lies to the media to create fear and distrust among (Broward Sheriff’s Office) employees and within the community during a global pandemic,” Tony said. “This type of behavior is egregious at any time but even more harmful and shameful during an unprecedented health crisis.”

No one answered the phone Thursday afternoon at the Broward Sheriff’s Office Deputies Association offices and Bell did not immediately respond to a text message from The Associated Press. He told the South Florida Sun Sentinel that he would fight his firing of him in court. A 26-year veteran of the sheriff’s office, Bell has been president of the 1,400-member union since 2015.

“This is so personal for Greg Tony,” Bell told the Fort Lauderdale newspaper. “He cannot separate business from personal. Anything you bring against the sheriff office, he looks as a personal attack against him.”

Tony was appointed sheriff in 2019 by Gov. Ron DeSantis after the governor fired the previous sheriff, Scott Israel, for his alleged mishandling of the 2018 massacre at Marjory Stoneman Douglas High School in Parkland

The union initially backed the pick, but Tony and Bell soon began butting heads after the sheriff disciplined deputies for alleged excessive force. Bell said the deputies had only been following policy changes Tony had made. Tony said he had made no policy changes.

Their animosity reached a crescendo in April 2020 after a Broward deputy died of COVID-19, the first of at least three Broward deputies and six civilian employees to succumb to the disease.

Bell penned an opinion piece shortly after the death for the Sun Sentinel, accusing Tony of not providing sufficient masks and other protection for deputies in those early days of the pandemic.

“Tony has been politically fiddling with facts like Nero as Rome burned,” Bell wrote. “This so-called BSO savior, the man who rode into office with the support of distraught Parkland parents and this union, has failed to provide leadership.”

Tony quickly suspended Bell with pay on accusations of lying, saying the union president knew the agency had provided deputies with 70,000 masks and hand sanitizer. I have ordered Bell investigated.

In a 200-page internal affairs report released Thursday, the sheriff told investigators Bell began attacking him because he wouldn’t promote the union head to captain, “which was three ranks above his current rank.”

“I used the pandemic to amplify those grievances publicly to hinder my candidacy for sheriff,” Tony told investigators.

The highest rank Tony held before being appointed sheriff was as a sergeant in a suburban police department. He had resigned from that department and was operating a consulting firm when DeSanti appointed him.

Bell, when asked by investigators whether he asked Tony for a promotion, replied, “Absolutely not,” according to the report. In the interview, he told investigators that regardless of what Tony said about the agency distributing anti-COVID masks, he had numerous deputies telling him they had not received any.

The investigators also asked Bell if he leaked to the media that Tony, at 14, had been arrested for fatally shooting an 18-year-old neighbor during a fight at his family’s Philadelphia home in 1993. Court records have been destroyed, but Tony has said the shooting was later ruled self-defense. Tony has been criticized for not disclosing the arrest to his previous employers or DeSantis before it appeared in local media in May 2020, a month after Bell’s suspension of him.

“I wish I could take credit for giving this to the media, but I did not,” Bell told investigators. “If you find out that an elected government official lied and covered up about his involvement of him in what was then an arrest for homicide, I think a lot of voters would want to know about that.”

The story apparently did not hurt Tony’s candidacy — he easily defeated former sheriff Israel in the Democratic primary and his Republican opponent in the 2020 general election.