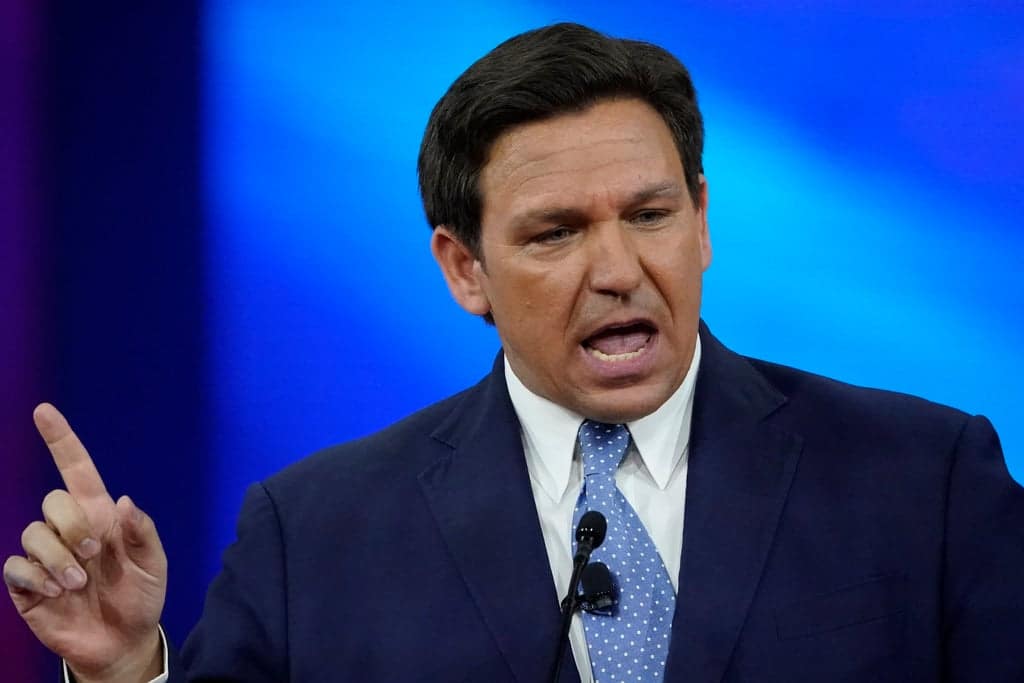 The department said that 54 out of 132 of submitted textbooks, or roughly 41 per cent, were “impermissible” with state standards or contained “prohibited topics” such as critical race theory, a high-level academic framework that addresses systemic racism in institutions.

Most of the rejected texts (71 per cent) were for kindergarten through fifth grade levels.

The Independent you have requested the titles of the textbooks and the reasons why the agency rejected them.

There is no evidence that critical race theory is taught in Florida grade schools, though the phrase has become a catch-all term – invoked by conservative activists aided by dozens of local and national groups, conservative think tanks, law firms and GOP officials – that encompasses teachings on the history of slavery, racism and civil rights movements, among other topics, with legislation broadly aimed at censoring classroom lessons.

Conservative officials argue that such concepts or teaching materials are not directly discussing the theory but are derived from it.

The Education Department also rejected books that it says contain Common Core concepts, national standardized academic targets in reading and math that Florida rejected in 2020. Those targets were replaced with Benchmarks for Excellent Student Thinking, or BEST, standards.

In June, the Florida State Board of Education approved a rule to ban “critical race theory” from state schools, claiming that the theory “distorts historical events” and is “inconsistent” with the state board’s approved standards.

Last month, Governor Ron DeSantis signed the “Stop Wrongs Against Our Kids and Employees Act,” or “Stop WOKE Act,” into law, prohibiting classroom discussion that suggests someone is responsible for actions “committed in the past by other members of the same race, color, sex or national origin,” which critics argue could censor lessons on historic atrocities, from slavery to the Holocaust.

It also requires classroom materials – as well as professional development materials in the workplace – be “consistent with principles of individual freedom” and allows residents to sue schools and workplaces over perceived violations.

The governor and Florida legislators also approved a measure that requires school districts to involve parents on committees that make recommendations to school boards about the “ranking, eliminating or selecting” of instructional materials.

Republican officials have also increasingly targeted “social emotional learning” concepts, which seek to help students manage their emotions, develop positive relationships and make good decisions – from learning how to ask for help to how to identify whether someone is having a bad day.

“We don’t want things like math to have, you know, some of these other concepts introduced. It’s not been proven to be effective, and quite frankly, it takes our eye off the ball,” the governor said during a news conference on 18 April.

In a statement, I claimed that textbooks included “indoctrinating concepts like race essentialism, especially, bizarrely, for elementary school students.”

Florida’s Lt Governor Jeanette Nunez claimed without evidence that the state has seen a “systematic attempt by these publishers to infiltrate our children’s education by embedding topics” such as critical race theory.

“I get it. The goal of math is to solve problems which the Republican Party of Florida doesn’t like to do,” said Democratic state Rep Anna Eskamani.