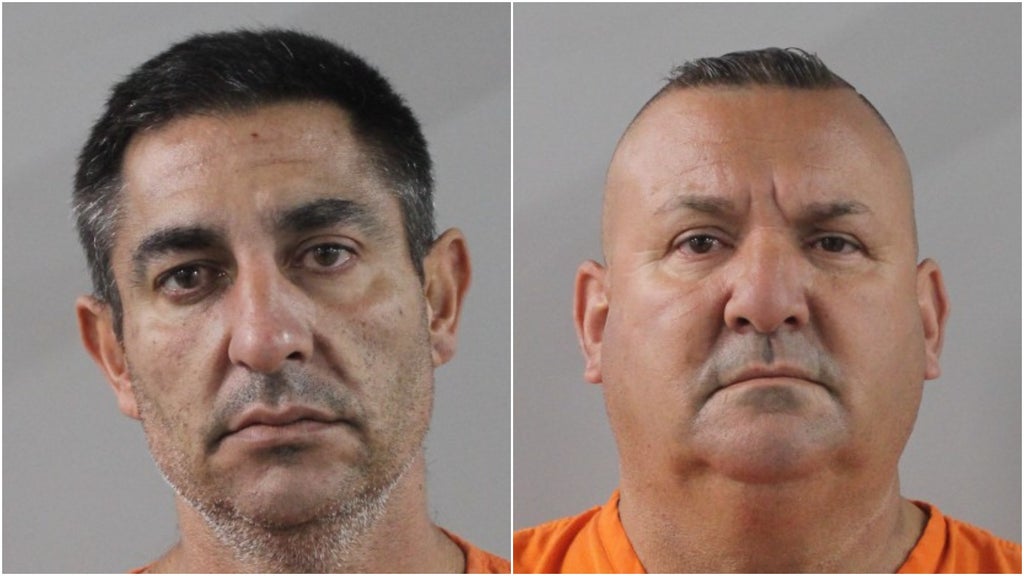 Groups of men have been arrested for using “homemade” gadgets to hack fuel pumps to pay just pennies per gallon in Florida.

Seven men were arrested in separate operations in Polk and Pasco counties near Tampa, and Alachua County in the state’s north, on fraud charges in less than a week.

It came as the cost of regular gas reached an average of $4.37 per gallon, or $5.15 for diesel, in Florida; the highest recorded in the state’s history. That’s up from $2.90 and $3 per gallon respectively at the same time last year, according to AAA Gas Prices.

A second vehicle that allegedly fled the scene was stopped by the Gainesville Police Department, which arrested Leonardo Jesus Valdes Cordero on similar charges.

The three men allegedly used pulsar devices and counterfeit credit cards to steal more than 2,8000 gallons of fuel to be resold, according to a police report seen by The Gainsville Sun.

Each drove a pickup truck rigged with “gasoline bladders” that held 300 gallons each, the Sun reported.

It came after two men were arrested on March 10, and another two on March 12, for allegedly using similar “pulsar” devices to hack gas pumps in Pasco and Polk counties.

Yordian Diaz-Benitez and Marlon Rosel-Rodriguez, of Tampa, allegedly used the device to pay pennies on the gallon for diesel fuel at a Circle K in Lutz, about 15 miles north of Tampa.

Yulier Garcia-Martinez and Rogelio Llerena, of Orlando, allegedly attempted to install one of the devices on a pump at a Circle K in Lakeland, about 55 miles southwest of Orlando.

According to the Polk County arrest report, Mr Llerena and Mr Garcia-Martinez were pumping fuel into a Ford pickup truck. Mr Garcia-Martinez was accessing the inside of a fuel pump with “a homemade device in his hand (used to manipulate a fuel pulsar) during the unauthorized access),” the report said.

A fuel pulsar is used to control the pump’s electronic display, and when manipulated causes the price display to be changed, the report said.

Ned Bowman, the president of the Florida Petroleum Marketers Association, said the homemade hack is a sophisticated operation.

“They go in and they change the pulsator. The pulsator is the device that is inside the gas pump that regulates the flow of the fuel,” Bowman told Kron4.

“So they’re able to change the price of the fuel down to a nickel or a penny to the gallon and fill the back of their trucks up — their bladders or spare tanks — with fuel that’s basically free.”

“With gas prices hitting record highs, fuel theft can further drive up costs for all consumers,” she said.