Skip to content
Home News Flatten the curve, also in the fight against global warming | Opinion 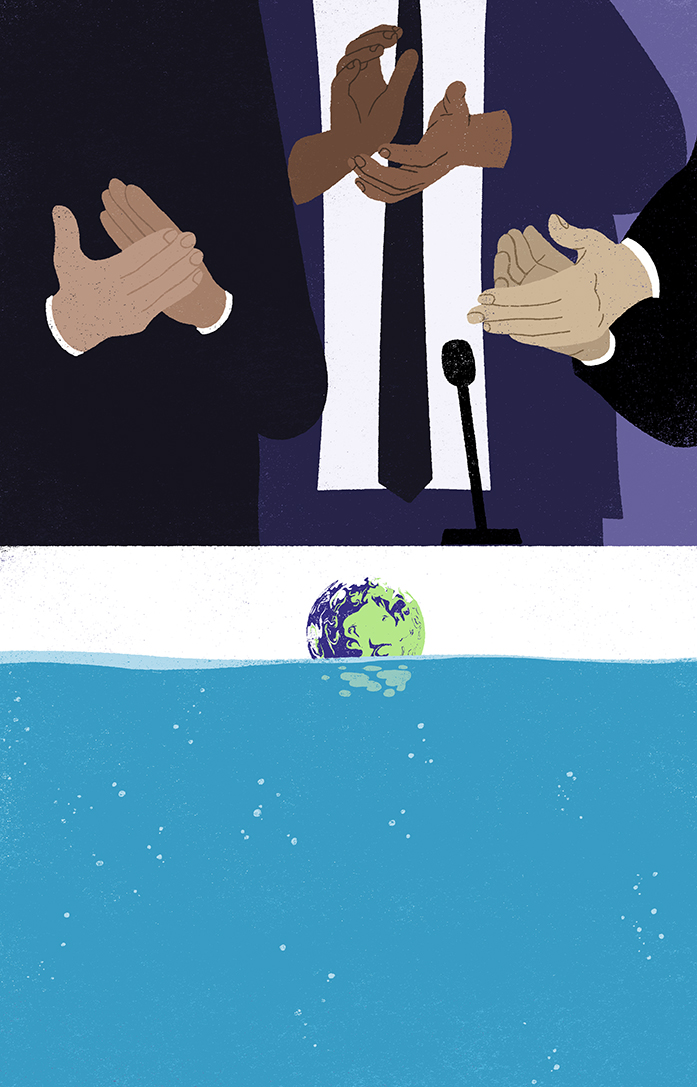 In a world without vaccines for all people, with a notable increase in the price of raw materials and with human security problems, the climate emergency is back on the agenda.

The Climate Summit in Glasgow (COP26) ended, yet another event in which governments, companies, civil society and other actors have come together to advance in the fight against global warming.

We are used to verifying the poverty of the results achieved in them and, nevertheless, always after a COP we usually save the furniture saying that despite the fact that the agreements are insufficient and not very ambitious, the framework of relationship and multilateral discussion allows the whole of the international community continue to advance in the matter.

At this COP, British diplomacy has slipped between delegations to try to shine a light on the loss of international leadership as a result of Brexit. Deforestation, methane, cars and coal were high on his agenda.

Despite the above, make no mistake … The question remains the same, how to keep the rise in temperatures above pre-industrial levels to less than 1.5 degrees, as recommended by the IPCC.

Although the final agreement adopted in Glasgow includes the need to reduce global emissions by at least 45% by 2030, as recommended by the IPCC, this is not entirely feasible: it is a text that is not binding and does not it requires the review of countries’ reduction commitments.

We are late and we are not doing enough, it is not enough to establish “net zero” commitments by 2050, nor is it enough to recommend or encourage countries to accelerate their decarbonisation by 2030. The emissions curve must now slope downwards. That is economically and technologically feasible, although difficult. We cannot wait 30 years, as it would be too late to avoid irreversible damage. The mantra “the sooner the better” does not seem enough for the urgency of the moment.

In addition, alongside the ambition to get to zero there is another problem, how we plan to get there. Most people understand climate change and want to avoid its catastrophic effects, but are they willing to change their lifestyles and consumption patterns? Unfortunately, we are like the person who wants to lose weight but has not yet gotten used to dieting and exercising. In the fight against global warming, we run the risk of turning things green, without the changes being substantial. Radical actions and policies are urgently needed. The G20 countries account for almost 80% of global emissions, but few have increased their reduction commitments. This is crucial since the descent of the curve depends on your commitments and reduction times.

COP26 has brought statements but little specifics. Achieving this with ambition is acceptable with incentives, regulation, greater transparency, a substantial increase in financing and technical assistance, especially for emerging and developing countries. What low-emission countries really need is the technology and finance to avoid relying on fossil fuels for their progress. This should have started with the $ 100 billion Green Fund pledged in 2009 at COP15. Unfortunately, the funding now committed at COP26 for population, environment and development (PED) programs is not enough and will not be effective if affected communities and indigenous peoples are left out of it. Rejoicing that the final declaration urges developed countries to at least double their collective funding provisions aimed at helping developing nations adapt to climate change by 2025 is almost a joke.

The covid-19 pandemic has taught us to flatten the contagion curve to avoid the depletion of medical capacity. In terms of carbon emissions, it is essential to work on drastically lowering the curve in some countries to achieve its flattening. Large emitters must drastically reduce emissions (leaving aside offsets) to decline it, and low-emission countries should reduce their emissions growth before reaching their peak. This is feasible due to a greater decoupling of their GDP from emissions over time: as their economies develop, they will not need to emit as much carbon as technologies continually improve.

The transition to economies not dependent on fossil fuels is crucial for the progress of the world’s population as a whole, and the survival of the planet as a whole according to biophysical limits. Progress on the path of sustainability forces us to also rethink the distribution of benefits. Nobody is aware that accounting for environmental or social benefits in terms of job and salary protection will displace economic benefits to some extent.

See also  'We got him': Suspect Frank James in Brooklyn subway shooting has been arrested

You have to think about earning less to earn better. Solidarity with developing countries must also be applied by enabling now, and not in 2025, the fund for losses and damages. We must change our consumption patterns by introducing changes in industrial agri-food systems and in the diet of a part of the world’s population — less demand for industrial meat and dairy products.

The climate emergency affects the rights of people, starting with the right to life, and also seriously threatens the habitability, health, food or livelihoods of people. The little concreteness of the COP26 declaration represents a failure to protect itself from the effects of the climate emergency, a failure to protect human rights. Let’s put rhetoric aside, accelerate decarbonization by 2030 and protect the planet and the right to a future.

Cecilia Carballo de la Riva She is a political scientist.