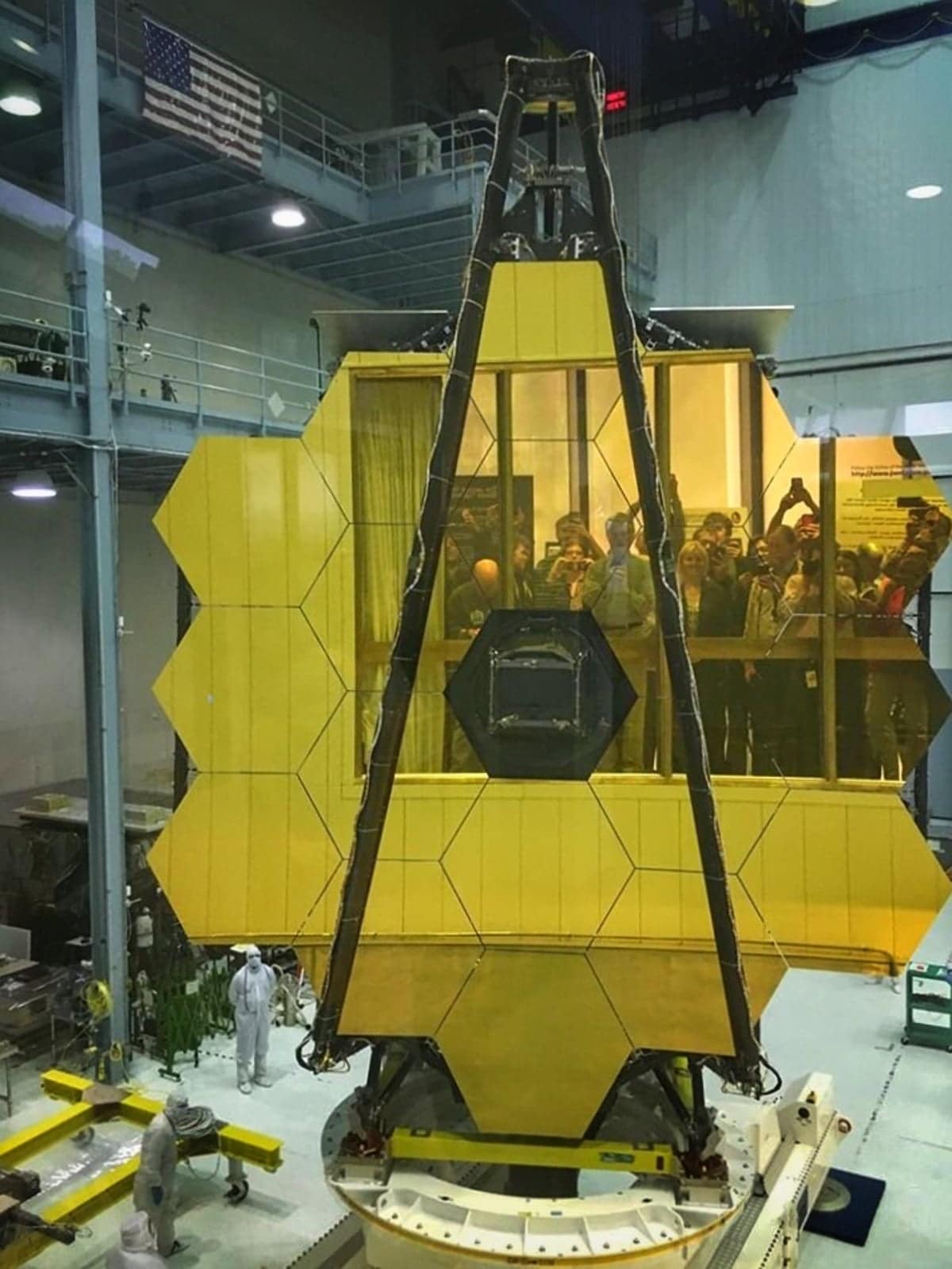 It took more than 20 years to conceive of, design, build, test, launch, position, calibrate and commission Nasa’s James Webb Space Telescope, and on 12 July, the world will begin to see the fruits of this scientific labor. That’s when Nasa will unveil the first images taken by the $10 billion space telescope, images that will include the deepest image of the cosmos ever taken.

And that’s just the appetizer, Nasa’s associate administrator for the space agency’s Science Mission Directorate Thomas Zurbuchen said at a Wednesday press conference. Given Webb’s powerful optics—just about every view of the universe will be groundbreaking.

“With this telescope, it’s really hard not to break records,” Dr Zurbuchen said.

While Nasa officials revealed few details of the forthcoming Webb images on Wednesday, they provided some clues based on the known scientific priorities for the space telescope. It’s a scientific instrument designed to peer into the very earliest days of our universe, to study distant exoplanets for signs and signatures of potential alien life, and even study planets in our own Solar System with its unique set of instruments.

It’s a mandate and set of capabilities that could yield arresting images on 12 July.

First conceived as the Next Generation Space Telescope in 1996, Webb had a long journey through time and space to get to where it is now, and that’s before factoring in the million miles it traveled from Earth to reach its operational orbit. It took decades, billions of dollars and myriad tests and delays to build the cutting edge telescope.

Also unlike Hubble, which can see in visible and infrared light, Webb is designed as a purely infrared telescope, viewing the near and middle frequencies of infrared light. Combined with Webb’s record breaking larger mirror, this infrared sensitivity makes the new telescope perfectly tuned to seeing vast distances in the cosmos — the light of distant galaxies is stretched out by the expansion of the universe, shifting the light into the infrared end of the spectrum .

On Wednesday, Nasa administrator Bill Nelson explicitly promised one of the images released on 12 July will be, “the deepest image of our universe that has ever been taken,” and as Dr Zurbuchen noted, it’s likely only the deepest image taken yet. Once Nasa begins handing Webb time over to scientists for their research projects, many of them will use Webb to study the very earliest stars and galaxies to form in the cosmos. Where the Hubble can see “toddler” galaxies that formed 480 million years after the Big Bang, Webb is expected to see “baby” galaxies that formed less than 200 years after the Big Bang.

In addition to infrared imaging instruments, Webb also carries an infrared spectrometer, which breaks down the components of light by frequency. Since different elements emit light at different frequencies, Webb can use this instrument to understand the chemical makeup of distant stars and nebulae, and, to the excitement of scientists like Dr Zurbuchen, the atmosphere of distant exoplanets around other stars.

See also  Boy, 9, killed by falling tree in freak accident while out shooting with dad in storm

If they exist, Webb could potentially detect similar signs of alien microbes in exoplanet atmospheres, and on Wednesday, Dr Zurbuchen confirmed that among the first Webb images released 12 July, there will also be the telescope’s first spectrum of an exoplanet.

“Right from the beginning we’ll look at these worlds out there,” he said, worlds that “keep us awake at night as we look into the starry sky and wonder.”

Whatever Webb images Nasa release on 12 July, they will only be the beginning of a long run of groundbreaking scientific research, a research program that will last decades thanks to the precision by which Webb was launched by an Ariane 5 rocket on Christmas Day in 2021 Nasa deputy administrator Pam Melroy confirmed Wednesday that early estimates that Webb would have more propellant — and thus more life — that originally anticipated due to the launch were correct.

“We can confirm, we have 20 years of science data capability with the propellant that we have on board,” she said. “This mission is going to be at the very center of NASA’s astrophysics mission for decades to come.”