Skip to content
Home News FIL Guadalajara 2021: The virtual and the face-to-face in the return of the Guadalajara Book Fair 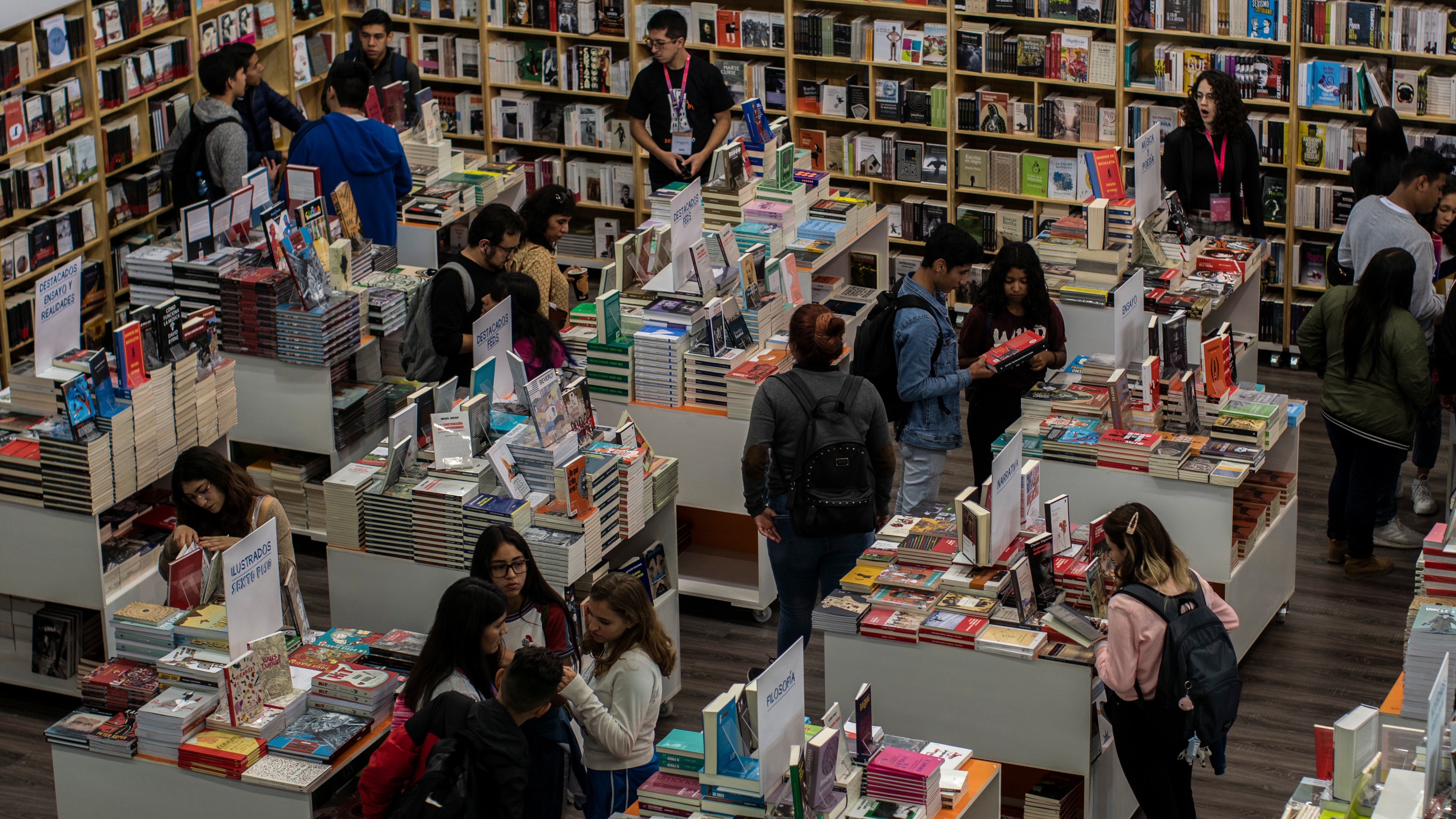 After having moved authors and publishers to a completely virtual format last year, the Guadalajara Book Fair (FIL) returns this Saturday, November 27, in its 35th edition, with a semi-face-to-face version in which readers they will be able, during a week, to listen to authors, politicians or journalists live from Guadalajara or on their screens. As FIL director Marisol Schultz recently explained to EL PAÍS, last year’s 100% virtual format was costly for the fair’s finances but very successful for readers: if in a ‘normal’ year they could attend the FIL 828,000 people, last year 21 million people in various countries of the world joined to watch their events through social networks or public television channels. “It still seems incredible to us, but it was real,” said Schultz.

This year 70% of FIL events will be face-to-face and 30% will be in virtual format (all events can be viewed on its website). The usual 828,000 readers will not be able to attend, but they expect at least 225,000 people to attend the events in Guadalajara, which will last nine days. Some of these will have a face-to-face and virtual version simultaneously, such as the awards on Saturday morning to the Chilean writer Damiela Eltit for her work as a novelist and scholar – Prize for Literature in Romance Languages ​​- and on Wednesday afternoon to the Uruguayan Fernanda Trías , Sor Juana Inés de la Cruz award this year for her novel Pink muck.

Other events in this hybrid format will include a conversation between Argentine writer Claudia Piñeiro and Colombian Laura Restrepo on ‘literary exorcisms’; a table about storytellers in which the Ecuadorian Mónica Ojeda and the Mexican Alberto Chimal will be; or a discussion between several young readers and the Argentine feminist writer Camila Sosa Villada, author of The evil ones and last year awarded the Sor Juana Inés de la Cruz award from FIL. Another of those semi-virtual and semi-face-to-face events will be with the Nicaraguan writer Sergio Ramírez –exiled this year from his country after publishing the novel. Tongolele did not know how to dance– who will be at a table with representatives of the Association of International Publishers (International Publishers Association) to discuss the different forms of censorship used by governments or other private bodies.

In virtuality, exclusively, the fair will be starting on Saturday the three Spanish men who posed as a woman named Carmen Mola, presenting The beast, the novel with which they won the Planet award and were forced to reveal their triple identity. For the followers of climate change, the famous ethologist Jane Goodall, a chimpanzee specialist and optimistic about the possibilities we still have to save the planet, will also be on her computer. American writer Paul Auster will be speaking on the screen about his book The Immortal Flame by Stephen Crane, and the Chilean Isabel Allende will speak at another virtual table about her latest novel, Women of my soul. Another of the most interesting virtual events will be with the Mapuche leader Elisa Loncón, current president of the Constitutional Convention in Chile and PhD in Linguistics, who will be speaking at a table about native languages ​​in literature.

For those who attend in person there will be strict rules to control the risk of contagion: mandatory masks, confirmation of prior attendance, strict hours so that the public at different tables do not crowd. But the masked people will be able to attend some tables free of streaming, like the presentation of the novel Like dust in the wind of the Cuban Leonardo Padura, Chilean poet of the Chilean Alejandro Zambra, the analysis Criticism of presidential power by the Mexican Enrique Krauze, or the book 17 minutes: interview with the dictator of the famous Univisión journalist who could not finish his interview with Venezuelan President Nicolás Maduro, Jorge Ramos. A presence that promises to attract many readers (or better, fans) is the presentation that Miguel Bosé will make at the fair of his new autobiographical book The Son of Captain Thunder.

Peru is the country invited to FIL this year, an invitation that did not pass without controversy when the new government of Pedro Castillo changed the list of the delegation that would go to Guadalajara excluding seven recognized writers (such as Gabriela Wiener or Karina Pacheco) and in protest, others gave up going (like Santiago Roncagliolo or Juan Carlos Cortázar).

Even so, at FIL there will be recognized musicians – la cumbia de Los Mirlos and Novalima, or the rap of Renata Flores – in addition to writers such as Oscar Colchado, author of Rose Knife, a novel about the war against the Shining Path in the Andes and with echoes of Pedro Paramo by Juan Rulfo. There will also be the short story writer Richard Parra, who won this year the National Prize for Literature of Peru for his book of short stories. Resin, of 2019; novelist Miluska Benavides, who was named this year by the British magazine Grant as one of the best narrators in Spanish under 35 years old; and writers who have had less international visibility but are changing the country’s national history, such as Cha’ska Ninawaman and Dina Ananco Ahuananchi, two poets who have published their work in Quechua and the Wampis language of the Peruvian Amazon. Sanchiu, by Ananco, is the first wampis collection of poems in the entire literary history of Peru.