Skip to content
Home News Fernando López Miras: The prosecutor requests the filing of the complaint for the alleged favorable treatment of a relative of García Egea in Murcia | Spain 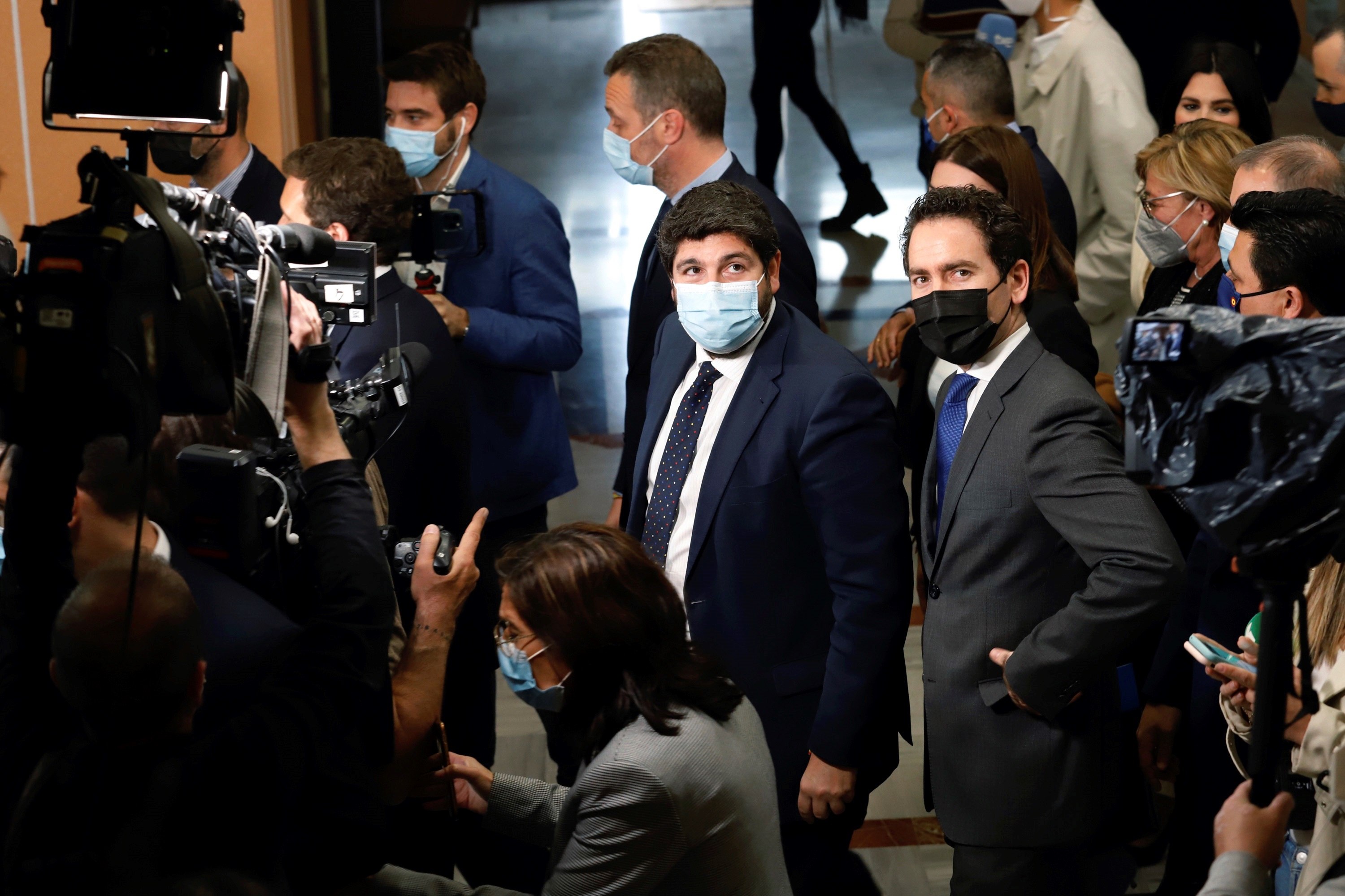 The Prosecutor’s Office has requested that the complaint be filed against the president of Murcia, Fernando López Miras, for his alleged mediation to carry out an operation on a relative of the number two of the PP, Teodoro García Egea. The prosecutor Juan Pablo Lozano considers in his brief that there are no “minimal indications” that justify the crime of bribery of which he is accused, nor sufficient evidence about the possible mediation.

The prosecutor has requested that the procedure that started as a result of a complaint by Podemos and IU against the president of the Region of Murcia, Fernando López Miras, and the secretary general of the Ministry of Health, Andrés Torrente, for the alleged mediation of the first to advance the date of a surgical operation to a relative of García Egea.

The Examining Court number 7 of Murcia opened preliminary proceedings on December 7 and asked the public prosecutor for his opinion on the legal viability of that complaint, in which the two parties accused the Murcian leader of a possible bribery crime based on some Photographs published in June by the digital newspaper Infolibre, in which messages from the WhatsApp application of the president’s mobile could be seen in which he talked about this medical intervention.

The prosecutor Lozano considers in his letter that the messages published are not sufficient proof that the operation of the relative of García Egea was carried out by the “personal mediation” of López Miras, and maintains that the facts that were related in the original news “did not they involve the commission of any crime ”, regardless of the“ extra-legal assessment ”that can be made on the fact that the president can use his position to obtain information.

The prosecutor insists that, even if the operation had been carried out through López Miras, the events would not constitute a bribery crime, as the complainants point out, because there is no indication that neither the president nor the general secretary of the Department obtained “any reward, gift or gratification” for exercising this mediation. If it is proven that the operation was actually carried out, one could speak of a possible crime of prevarication, but not of any of the denounced, but of the doctor who authorized that change in the dates, considers the representative of the Public Ministry.

The prosecutor also describes as “incoherent” the procedural actions of the complainants for not having included García Egea in their complaint, who, he considers, has been left out because he was a qualified, which would imply that he should have studied in the Supreme Court. “The events reported seem inescapable and the performance of the three should be evaluated jointly, whatever the final result,” he values ​​in his writing. In addition, it points out that the certifications issued by the Murcian Health Service on the treatment, priority and dates of the surgical intervention are adjusted to the regularity.