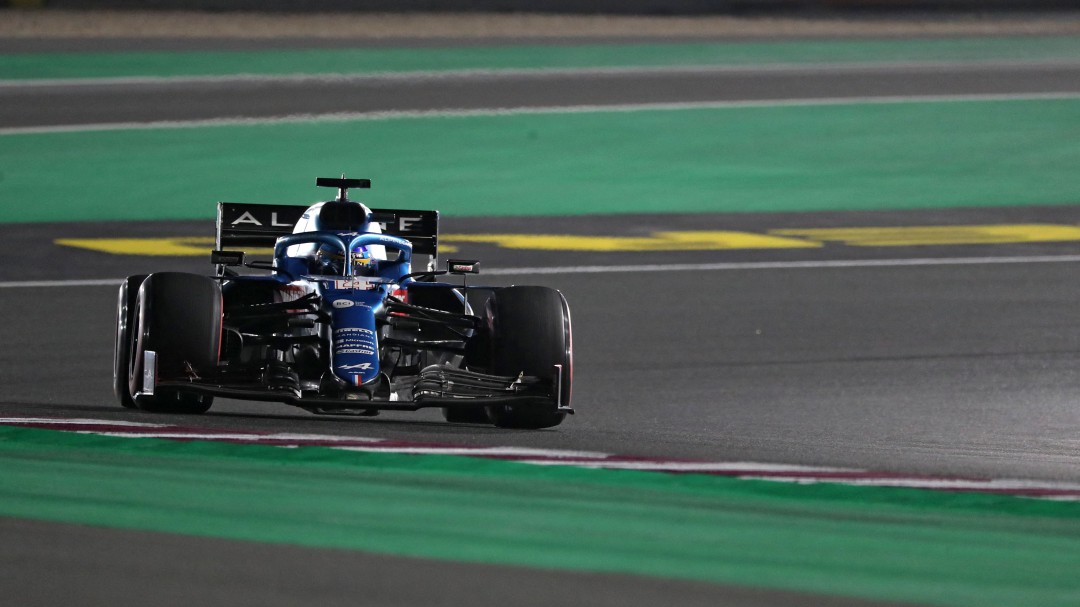 For days like today, Fernando Alonso returned. The Asturian, who started third on the starting grid after the sanctions against Bottas and Verstappen, took the podium at the Qatar Grand Prix. It is the first time that Alonso has been on the podium since 2014 in a race in which Lewis Hamilton won, followed by a Verstappen who is eight points clear in the World Championship with just two races to go. In addition, Carlos Sainz was 7th.

Fernando had warned, he was going to try to get first at the start. It could not be, but in the second corner he surprised Gasly from the outside and got into 2nd position, which did not last long. Verstappen came flying behind, who in the first laps recovered the five places he had lost due to the suspension and was already an immediate pursuer of a Hamilton who had taken a comfortable advantage.

The Spaniard was still in podium positions, and apparently no one was approaching him. Although Pérez and Bottas came from behind, two cars far superior to the Alpine. Alonso lengthened his first stop as long as possible, but could not prevent the Mexican from overtaking thanks to the DRS. The Finn, on the other hand, never arrived, since he punctured one of his wheels, went off the track damaging his car, and ended up abandoning.

Hamilton stayed first, with a much higher pace than Verstappen, and they were already guaranteed first and second place, respectively. The emotion was put by Sergio Pérez stopping in the last section of the race. Fernando did not change wheels, and began the hunt for the Mexican, who cut almost two seconds per lap to the Asturian. Tried to slow it down Ocon, whom his partner Alonso asked on the radio to “defend like a lion.” It was not possible, and Pérez went straight to the podium.

🏁➡️ The plan continues its course after a memorable career by the Spanish rider, who finished third behind Hamilton and Verstappen pic.twitter.com/sC8TwasHyc

The two Williamses had punctures in the last laps, and Alonso’s fears of a puncture increased, as he was running on very worn wheels. The chase continued, Pérez was much faster and everything was going to be decided at the last moment. But, with three laps to go, a virtual safety car appeared due to Latifi’s abandonment that gave Alonso life, allowing him to maintain the advantage with Pérez and thus signing his first podium of the season, the first he has achieved in Formula 1 from Hungary 2014. The other Spaniard, Carlos Sainz, was 7th after a poor start and a discreet pace from the Ferraris throughout the weekend, although they continue to hold third place in the Constructors’ World Championship.

The victory went to Hamilton, and second was a Verstappen who also took the point of the fastest lap. There are eight points of advantage in the World Cup for the Dutchman over the British with two races to be contested (Jeddah and Abu Dhabi), but the proper name in Losail was that of Fernando Alonso, who with a master class returns to get on the podium and demonstrate that ‘The Plan’ is there.