Fernando Alonso has slammed Formula 1’s stewards and the FIA’s new race control setup, calling the officiating in the top tier of motorsport “incompetent” and “not very professional”.

Alonso, 40, is the most experienced driver on the F1 grid and is set to overtake former Ferrari and Alfa Romeo driver Kimi Raikkonen’s record of 349 grand prix starts during the course of the 2022 campaign, but has been left unimpressed with the new structure put in place by FIA president Mohamed Ben Sulayem, who was elected to replace the outgoing Jean Todt last December.

Former race director Michael Masi was sacked by the FIA ​​in the wake of the controversy surrounding the Abu Dhabi Grand Prix at the end of last year, when Max Verstappen won his debut world championship after Masi’s unprecedented interpretation of the safety car rules rendered race leader Lewis Hamilton a sitting duck and effectively gifted the title to Verstappen.

In his place, the FIA ​​hired alternating race directors in Niels Wittich and Eduardo Freitas, who moved across from equivalent roles in the DTM series and World Endurance Championship respectively.

Alonso missed out on points at the inaugural Miami Grand Prix a fortnight ago after a couple of uncharacteristic errors, the first when he crashed into the side of Pierre Gasly on entry to Turn 1, and the second when he was deemed to have gained a lasting advantage after leaving the track. The Spaniard insists that those penalties were “unfair.”

“We believe that it was very unfair and it was just incompetence from the stewards,” said Alonso. “They were not very professional, I think, in Miami. I missed one corner and then I gave back the time on the lap but obviously after you miss one corner there is a sector time just after that corner so there is the pink [sector] colour. They made the decision without asking any proofs so we arrived after the race with other proofs and all the time back that we gave and they were just packing up. They were not even in the room.

“We came there, we showed them all the data so they said ‘give us five minutes’ and then they found themselves with the hands tied probably because they already issued the penalty and they didn’t know how to get back from that document. So it was very bad. Honestly it’s already the past but it is something that should not happen in Formula 1 with professionals and the standard that Formula 1 has right now.”

Wittich has officiated each of the five opening rounds of the season so far, and has come in for criticism for failing to listen to drivers’ safety concerns, and for picking a battle with Lewis Hamilton over the wearing of jewelery and piercings during races. For Alonso, race control needs to improve significantly and he criticized Wittich for having no “knowledge on racing.”

“We saw a couple of things already that proves that [race control] still need to improve a lot,” he said. “You need to have some knowledge about racing before being a race director or trying to monitor a race. I don’t think that knowledge is in place at the moment. I know there is a new race director here. Freitas has a lot more experience with WEC and other categories at the top level and I think that will already improve things.”

“The accident that we had in Miami with Carlos [Sainz]and Esteban [Ocon], we pushed to have some barriers there and some tires or TecPro, no one did anything. When you don’t have that knowledge on racing it’s difficult to talk.”

The sixth round of the 2022 F1 season takes place this weekend at the Circuit de Catalunya in Barcelona. 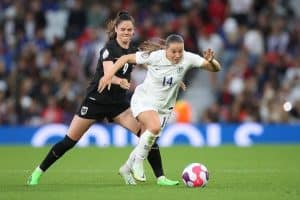 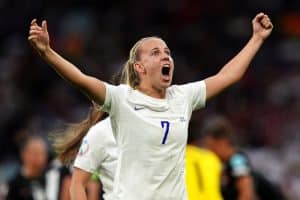