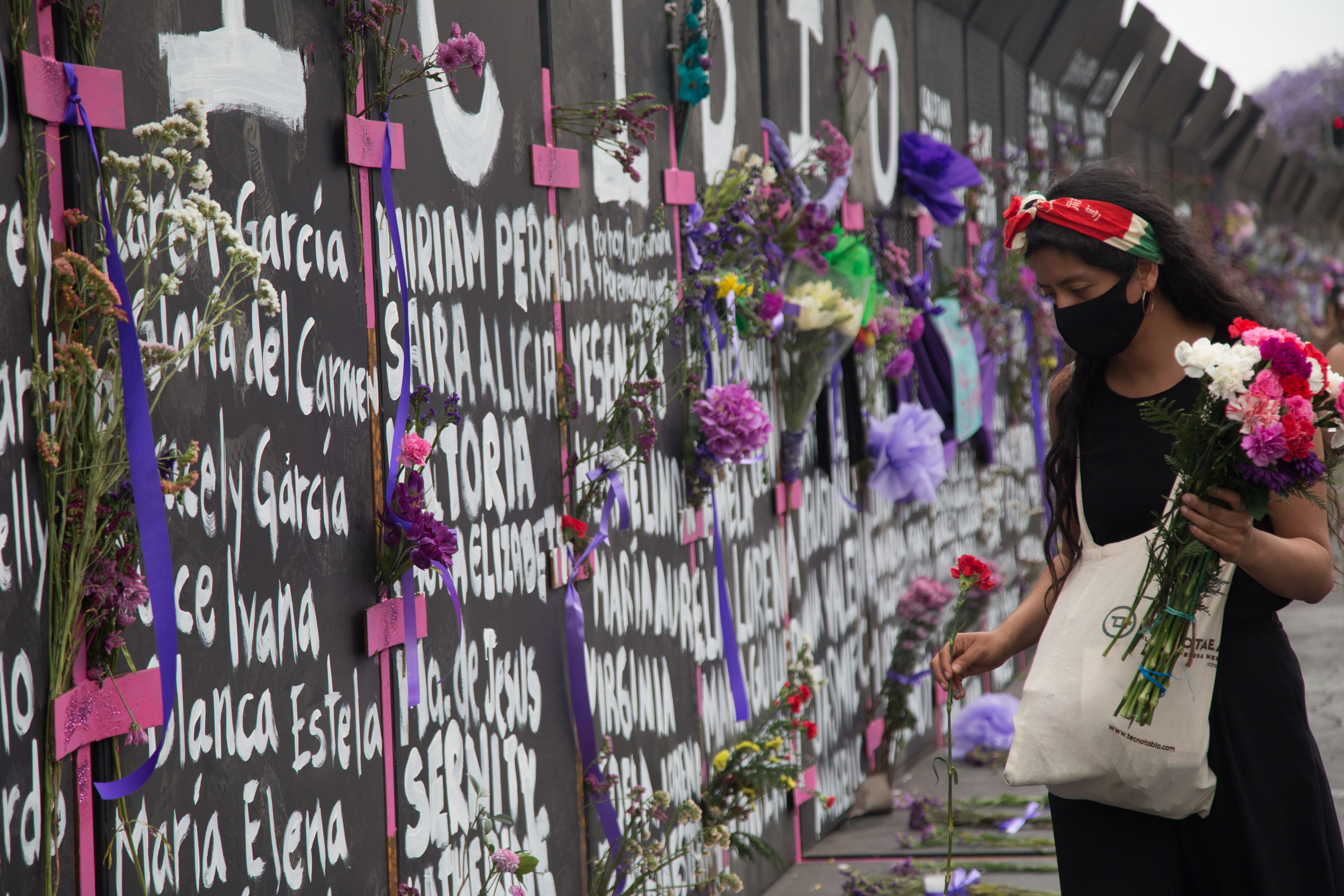 The López Obrador government reaches the middle of its term with the pending issue of ending feminicidal violence. From January to November 2021, 3,462 women were murdered in Mexico, an average of 10 a day. Of the total number of murdered Mexican women, 2,540 were victims of intentional homicide, while 922 suffered femicide because of their gender, according to data from the Executive Secretariat of the National Public Security System (SNSP).

Despite the efforts of the Executive to point out minor achievements or specific reductions in the fight against sexist violence, the reality at the end of the year is quite different. Crimes such as rapes, trafficking in persons or homicides have been aggravated by the increase in widespread violence, cuts to equality budgets, weak gender policies and the rise in attacks during the pandemic.

With three years late and one day after the end of 2021, the Government of López Obrador has published this Thursday the Comprehensive Program to Prevent, Attend, Punish and Eradicate Violence against Women, the master plan to address one of the main problems that bleeds the country. Through it, the Executive will implement strategies to reduce and eradicate crimes against girls and women. The document had been in an administrative limbo for months, awaiting the endorsement of the Treasury and the signature of the president so that it would appear published in the Official Gazette of the Federation.

During the first triennium of the current Administration, between January 2019 and November 2021, femicide increased 4.11%. August was the month in which the most murders were committed this year with 271 victims of intentional homicide and 111 femicides, the highest figures for both crimes in recorded history. Mexico is experiencing the most violent years in its history and reaches the first three years of López Obrador’s mandate with a record number of 105,804 murders.

Civil society organizations that work with victims on a day-to-day basis point out that femicidal violence in the country is far from over and far from improving. In total, there are 25 alerts declared for gender violence in 22 of the 32 states of the country. “The context of violence against women remains and continues to be very serious. We have not been able to lower the figure, ”says the director of the National Femicide Observatory, María de la Luz Estrada. “The crime prevention policy and the investigation of the State prosecutors’ offices are the great challenge of the Mexican State,” he adds.

The States that registered the most cases of feminicide in their public ministries were the State of Mexico (132), Jalisco (66), Veracruz (66), Mexico City (64) and Nuevo León (57), but they are not the only ones. According to the SNSP, the map of femicide spans the entire country, although the figures in this regard are limited.

The record made by the Government, fed with figures from local prosecutors, usually counts fewer victims than there are in reality. Not all murders of women are classified as femicide, nor do the preliminary inquiries open reflect the number of women murdered in the year. “Only 25% of the murders in Mexico are credited as femicides,” recalls the director of the Observatory. However, the count carried out by the Government of women victims of intentional homicides shows an exponential growth in recent years that marks the path of femicidal violence in the country.

See also  The best YA books for Easter

Estrada also criticizes the tremendous lag in the registration and investigation of this type of crime. The municipalities with the most femicides recorded were Ciudad Juárez (Chihuahua), Culiacán (Sinaloa), San Pedro Tlaquepaque (Jalisco), Tlajomulco (Jalisco) and the Gustavo A. Madero mayor’s office (Mexico City). “[En México] the most serious problem is the very high margins of impunity ”, points out Leticia Bonifaz, a human rights lawyer and representative of Mexico before the UN Committee for the Elimination of Discrimination against Women (CEDAW). It is estimated that the unsolved crime rate exceeds 95% and only one in 10 women denounces her attacker.

Likewise, the Public Security System registered that 181 women were kidnapped, compared to 224 in all of 2020 and 471 were victims of trafficking, a figure higher than the 454 registered the previous year. Regarding the incidence of family violence, the Ministry of Citizen Protection registered a year-on-year increase of 15.5%.