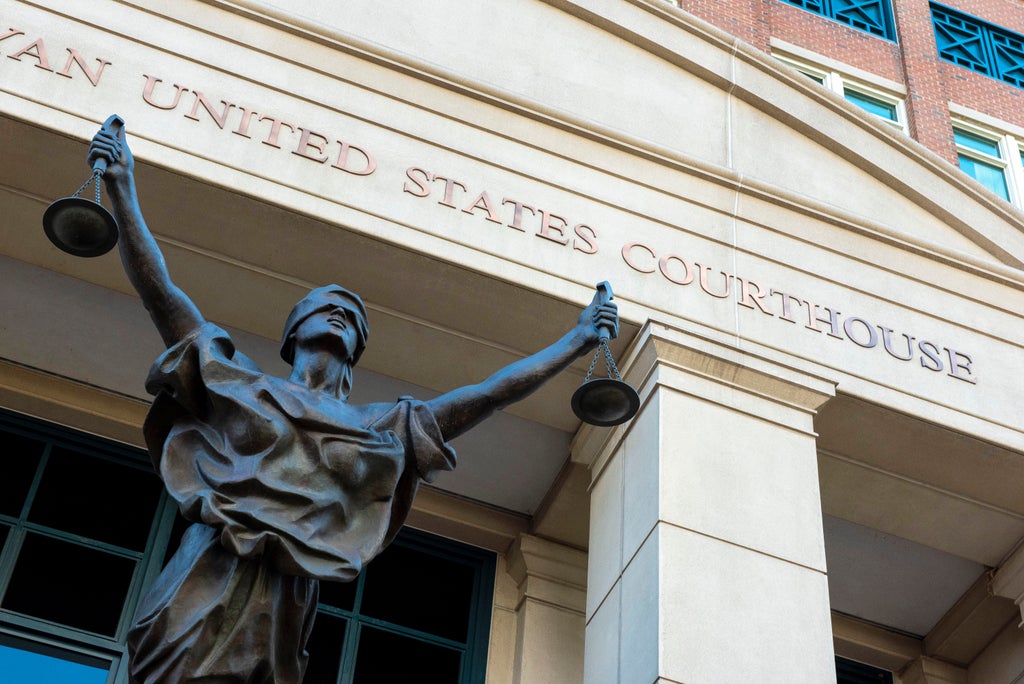 A woman who once lived in Kansas has been arrested after federal prosecutors charged her with joining the Islamic State group and leading an all-female battalion of AK-47 wielding militants.

The US Attorney in Alexandria, Virginia, announced Saturday that Allison Fluke-Ekren, 42, has been charged with providing material support to a terrorist organization.

The criminal complaint was filed under seal back in 2019 but made public Saturday after Fluke-Ekren was brought back to the US Friday to face charges. Her alleged participation of her in the Islamic State had not been publicly known before Saturday’s announcement.

Prosecutors say Fluke-Ekren wanted to recruit operatives to attack a college campus in the US and discussed a terrorist attack on a shopping mall. She told one witness that “she considered any attack that did not kill a large number of individuals to be a waste of resources,” according to an FBI affidavit.

That affidavit from FBI Special Agent David Robins also alleges that Fluke-Ekren became leader of an Islamic State unit called “Khatiba Nusaybah” in the Syrian city of Raqqa in late 2016. The all-female unit was trained in the use of AK-47 rifles, grenades and suicide belts.

In all, the affidavit cites observations from six different witnesses, including some who have been charged with terrorism offenses and some who were held at prison camps for former Islamic state members.

A detention memo filed Friday by First Assistant US Attorney Raj Parekh states that Fluke-Ekren even trained children how to use assault rifles, and that at least one witness saw one of Fluke-Ekren’s children, approximately 5 or 6 years old, holding a machine gun in the family’s home in Syria.

See also  Inside the only place in Britain where villagers own pub, library and shop

“Fluke-Ekren has been a fervent believer in the radical terrorist ideology of ISIS for many years, having traveled to Syria to commit or support violent jihad. Fluke-Ekren translated her extremist beliefs into action by serving as the appointed leader and organizer of an ISIS military battalion, directly training women and children in the use of AK-47 assault rifles, grenades, and suicide belts to support the Islamic State’s murderous aims ,” Parekh wrote.

According to court papers, Fluke-Ekren moved to Egypt in 2008 and traveled frequently between Egypt and the US over the next three years. She has not been in the US since 2011.

Prosecutors believe she moved to Syria around 2012. In early 2016, her husband was killed in the Syrian city of Tell Abyad while trying to carry out a terrorist attack, prosecutors said. Later that year, prosecutors say she married a Bangladeshi ISIS member who specialized in drones, but he died in late 2016 or early 2017.

Four months after that man’s death, she again remarried a prominent Islamic state leader who was responsible for the Islamic State group’s defense of Raqqa.

She told one witness in 2018 that she instructed a person in Syria to tell Fluke-Ekren’s Family she was dead so the US government would not try to find her, according to Parekh’s memo.

Photos from a family blog called 4KansasKids show her and her children in the years they traveled between Kansas and Egypt, posing at the base of the pyramids in Egypt and playing in the snow in the US

A 2004 article about homeschooling in the Lawrence Journal-World featured Fluke-Ekren and her children. She told the paper she pulled her kids from public school because she was dissatisfied with how her children were performing in public and private schools. Homeschooling allowed her to teach Arabic to her kids from her.

Court papers do not indicate how she was captured, or how long she was in custody before being turned over to the FBI Friday.

She is scheduled to make an initial appearance at the US District Court in Alexandria on Monday, at which time she would likely be appointed an attorney.