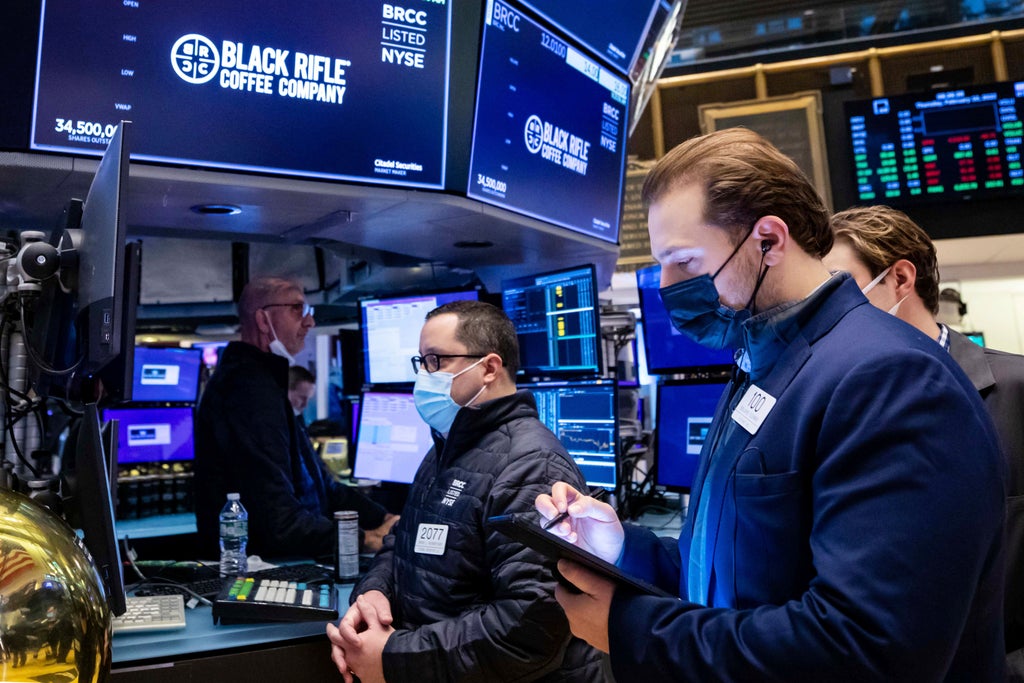 A worsening inflation picture has touched off a range of opinions from the Federal Reserve’s policymakers about just how fast they should raise interest rates beginning at their next meeting in March.

James Bullard, president of the Federal Reserve Bank of St. Louis, on Monday reiterated his call for the Fed to take the aggressive step of raising its benchmark short-term rate by a full percentage point by July 1. Esther George, president of the Kansas City Fed, expressed support for a more “gradual” approach. And Mary Daly of the San Francisco Fed declined to commit herself to more than a modest rate hike next month.

Their comments follow last week’s report that inflation jumped 7.5% in January from a year ago, the fastest increase in four decades. Prices also rose 0.6% from December to January, the same as the previous month, suggesting that price gains still aren’t slowing, as many economists and Fed officials have hoped.

The Fed typically responds to high inflation by making borrowing more expensive, which slows spending and the pace of price increases.

Last week’s report on consumer inflation prompted a sharp increase in expectations for rate increases by the Fed this year. Some economists now forecast as many as six or seven quarter-point hikes. That’s much higher than the Fed’s projections in December of just three rate increases for 2022.

In their remarks, Bullard and another policymaker, Thomas Barkin, head of the Richmond Fed, noted how the acceleration of prices has broadened beyond autos and other pandemic-affected industries. Even inflation measures that exclude such categories have shown sharp price rises.

Still, the two officials expressed differing views of how the Fed should respond.

“Inflation is very high,” Barkin said in an interview on SiriusXM. “And the more recent readings suggest it’s broader and more persistent. I think it’s timely to get started and steadily move back toward pre-pandemic levels.”

Barkin’s use of the term “steadily” suggested that he favors moving at a more measured pace than Bullard, who said last week that the Fed might even decide to raise rates before its next regularly scheduled meeting in mid-March.

In an interview Monday on CNBC, Bullard did not repeat that suggestion. But he said “inflation is broadening and possibly accelerating.” And he stood by his call for a full percentage point increase in the Fed’s key rate by July 1. An increase that large would mean rate hikes at the Fed’s March, May, and June meetings, with one of those hikes amounting to a half-point.

“We need to front-load more” of the rate increases, Bullard said. “We’ve been surprised to the upside on inflation. … Our credibility is on the line here.”

No other Fed officials have publicly endorsed a half-point rate hike at an upcoming meeting, though on Monday investors were pricing in a 60% likelihood of such a step in March.

On Sunday, Daly said on CBS’ “Face the Nation” that an increase that large could hurt the economy by potentially slowing spending too quickly.

“History tells us Fed policy that abrupt and aggressive … can actually have a destabilizing effect on the very growth and price stability we’re trying to achieve,” Daly said.

Daly expressed support for a rate hike in March but stopped short of backing Barkin’s call for ongoing increases.

“I see March as an appropriate time to raise the interest rate, and then we have to take in all of the information… and make the right decision at the right time for the economy,” she said.

On Friday, George weighed in on another option under consideration by Fed policy makers. She said in an interview with the Wall Street Journal that the Fed should consider selling some of the Treasurys and mortgage-backed securities that make up its nearly $9 trillion balance sheet.

The Fed said after its most recent policy meeting last month that it would reduce the size of its balance sheet by letting its investments mature and not reinvesting the proceeds. Going further and actually selling some of those bonds would accelerate the process of reducing the Fed’s holdings and would likely send longer-term rates higher.

Fed Chair Jerome Powell has not commented publicly since the most recent jobs and inflation reports have shown strong hiring and wage growth along with rapid price gains. Powell is awaiting confirmation by the Senate for a second four-year term. Lael Brainard, a Fed board member who has been nominated by President Joe Biden for the vice chair position, is also awaiting Senate approval.

The Senate Banking Committee is scheduled to vote on their nominations Tuesday, along with Biden’s picks for three open Fed board seats: Sarah Bloom Raskin, a former Fed and Treasury official, and Lisa Cook and Philip Jefferson, both economists.