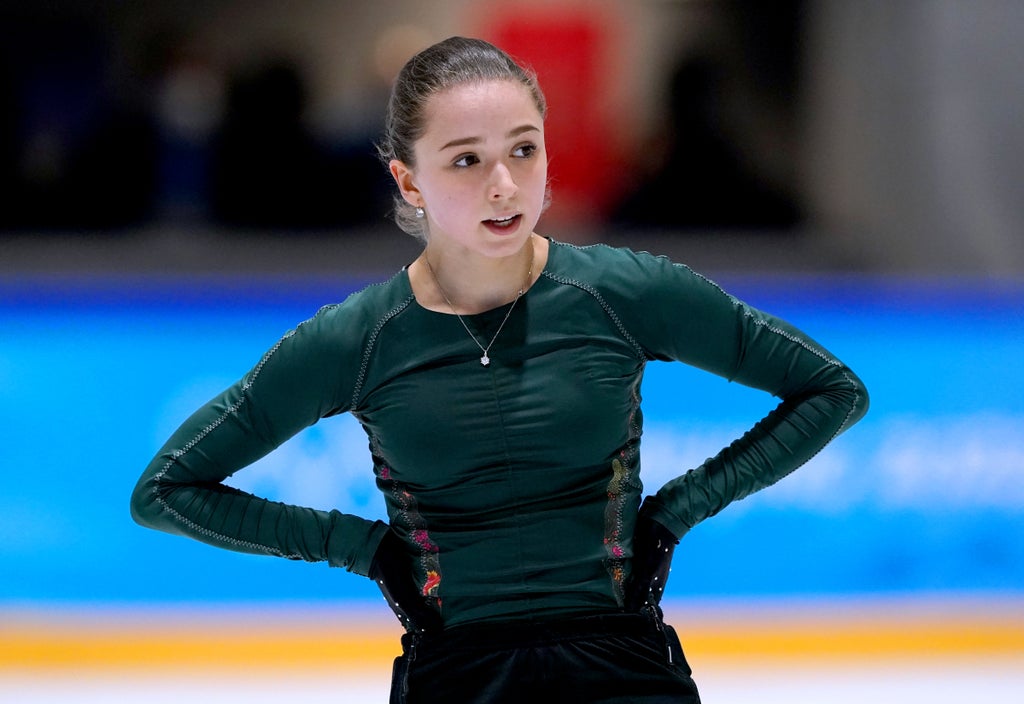 Kamila Valieva took to Olympic ice again on Sunday, as fears were raised about her mental well-being ahead of an expected verdict by the Court of Arbitration for Sport over her right to stay at the Games.

The 15-year-old went through her usual warm-up routine at the figure skating practice hall while an ad-hoc CAS committee met to consider a series of appeals against the decision by the Russian Anti-Doping Agency to lift a provisional suspension imposed upon the skater following a positive test for the banned heart medication trimetazidine.

The International Testing Agency (ITA), the World Anti-Doping Agency (WADA) and the International Skating Union (ISU) are challenging Valieva’s right to stay in the Games ahead of the start of the women’s singles competition on Tuesday.

The International Olympic Committee (IOC), whose interests in the case are being represented by the ITA, confirmed on Tuesday that mental health resources were available to Valieva in addition to those presumably being offered by her team.

“Mental help is always offered first of all by the team, but we have measures in place and safe-guarding officers,” said IOC spokesman Mark Adams. “The support is there but the primary obligation is for the team is to look after its athletes.”

Valieva had broken down in tears midway through her practice session on Saturday and was comforted by her controversial coach Eteri Tutberidze.

If her positive test is upheld, Valieva will become the youngest athlete to fail a doping test during an Olympics, surpassing Rick DeMont, who was 16 when he was sanctioned for using an asthma drug in 1972.

In a development unconnected to the ongoing Valieva case, the ISU is set to consider raising its minimum age limit for international competitions from 15 to 17 at its annual Congress in Thailand in June.

British ice dancer Lilah Fear, who is competing at her first Olympics in Beijing with partner Lewis Gibson, said she would “certainly not” have coped with the pressures of going to a Games at Valieva’s age.

“I think it really depends on the individual, but for me, I didn’t really have the mental resilience at 15 years old that comes from the experience of going through so many things in terms of ups-and-downs,” said the 22-year-old Fear.

However, despite concerns for the well-being of young athletes, Fear questioned whether the answer was to simply deny an exceptional skater the right to participate in an Olympics by virtue of their age.

“I feel more confident here because of all the tools I’ve gained along the way, but a 15-year-old could have those tools as well,” said Fear.

“Talent is talent and being able to pursue one’s sport to the highest level should not be limited to age.”

Medals still remain to be awarded for the figure skating team event, in which Valieva competed last week.

She pressured her own world record with a near-flawless short program performance as Russia cruised to the gold medal over the United States and Japan.

Adams acknowledged the necessity of a swift decision by CAS, adding: “We want this to be expedited as quickly as possible and this is why it’s going to the ad-hoc court of the Court of Arbitration for Sport, and why you’ll have the result tomorrow.”

It is not entirely clear what is Russia’s line of defence, beyond the fact that delivery of the positive result – from a test taken on Christmas Day – took much longer than the 20-day standard indicated within WADA’s regulations.

Nor is it known whether Valieva’s age, and her status as a ‘protected person’ in respect of doping procedures, will be a mitigating factor in any potential punishment should the appeals be upheld.

Zheleznyakov wrote: “I’m not God, I have no idea, there are a lot of options, but I’m sure of one thing: Kami doesn’t touch anything forbidden in life – with her talent, it’s not necessary.”