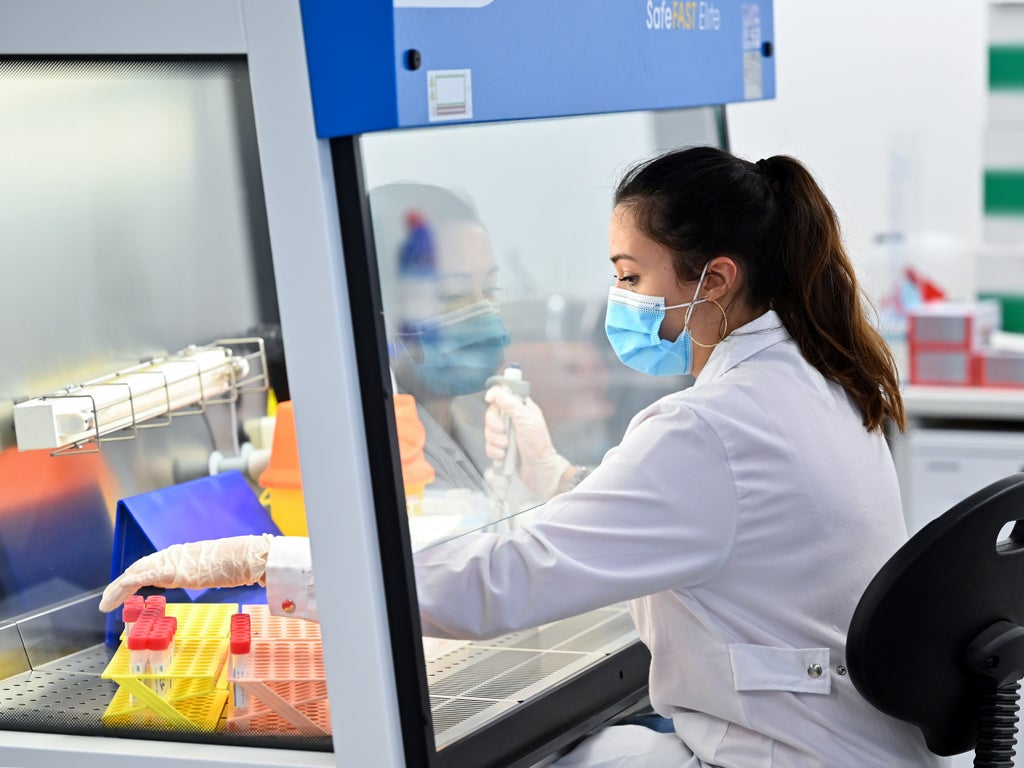 Ministers are scrapping a Covid testing program that can quickly identify new variants, The Independent can reveal – with scientists warning the move could leave the UK vulnerable to further mutations in the virus.

An arm of the government’s testing programme, which provides Loop-mediated isothermal amplification (Lamp) tests, is due to be wound down by June 2022, a leaked letter from the UK Health Security Agency (UKHSA) has shown.

Lamp tests are more labor intensive and have not been rolled out as widely as PCR tests, however they have been used in schools, NHS trusts, piloted in prisons and can more quickly detect new variants of Covid-19 in people who are not symptomatic .

Healthcare leaders have warned the government against “dramatically scaling back” the Covid testing programme, suggesting it is attempting to “save money and align with a political narrative that we have conquered Covid.”

Meanwhile, scientists have said the “completely short-sighted” move to scrap testing programs means the UK would not be able to respond to new variants quickly enough and would not be able to determine the scale of infections in future waves, “until they turn up to A&E”.

The Independent has also been told the NHS and UKHSA is now racing to “recoup” the costs of Lamp tests, which may now “go in the bin” if they cannot be sold overseas.

Next week the government is also expected to announce the end of free lateral flow and polymerase chain reaction tests, as part of its “living with Covid” plan. PCR tests can be used to detect new variant’s while lateral flow cannot.

In a letter to all NHS trusts and laboratories on the 2 February, seen by The Independentthe UKHSA said the Lamp scheme would have to cease by 30 June 2022. NHS trusts wanting to continue with the program will have to pay for it themselves.

Lamp tests can also be done directly on saliva so there is no need for swabbing, unlike PCR tests, and are thought to be more accurate than lateral flows.

NHS staff are instead expected to use only lateral flow devices. This is despite hospitals across the country getting rid of their own central stocks last year, as revealed by The Independent in December.

One national source said: “The UKHSA’s decision to end lamp testing will have a disproportionate effect on young people with special needs and disabilities, as well has communities and staff that cannot tolerate invasive swabbing.”

They said there had been no explanation as to why this “highly accurate” testing had been “discontinued”, adding “even stranger is why it was never widely publicized like [the] lateral flow device was.”

The Independent has also been told that the NHS now has an excess of Lamp supplies, with UKHSA officials and private consultants now working to recover some of the high costs spent on the tests.

As well as seeking to sell the testing devices to individual trusts, officials are also looking at selling the extra supplies overseas. “We bought all this Lamp, but it’s not a priority for anyone,” said one consultant working with the UKHSA.

“The government invested in scaling up, but they don’t have a customer base to sell back to. It’s likely to go to waste. If some of the Lamp tests are not sold now, it’ll all go in the bin.”

“We won’t know how much infection we have in the future or where it is and we won’t know that until any of it starts to turn up in A&E. We’ll have no idea of ​​whether anything is about to challenge us or not.”

He said the winding down of testing more widely was “completely short-sighted” and would mean future responses to new waves or variants in the country could be delayed.

Dr Clarke said the end to free Covid-19 tests would “absolutely” worsen health inequalities as those who are less affluent would not have spare income for buying tests.

Dr Peter English, a public health doctor, told The Independent: “If we’re not doing tests that aren’t identifying variants quickly we’re obviously going to be more susceptible to having a new variant without realizing it when we might have been able to do something if we’d known earlier.”

Andrew Neilson, director of campaigns at the Howard League for Penal Reform, said: “Prisons remain particularly vulnerable to the spread of Covid-19. Not only are prisons ideal environments for the virus, but prisoners are more vulnerable than the general population to complications caused by Covid.

“It’s concerning then that the government is looking to cease Lamp testing, given the particular benefits that testing has offered those managing the spread of Covid behind bars.

“It’s particularly baffling when prisons across England and Wales saw almost 6,900 new confirmed cases in January – the highest level in any month since the start of the pandemic.”

Chris Hopson chief executive for NHS Providers, which represents all trusts, told The Independent: “Trust leaders are concerned at reports that, to save money and to align with a political narrative that we have conquered Covid, the Government is going to dramatically scale back on the COVID testing and surveillance infrastructure we have worked so hard to create.

“At a time when a number of scientists are warning that there is no guarantee that the next variant will be milder in effect than Omicron, we need to keep sensible precautions in place.

“A living with Covid strategy can’t just be about celebrating the removal of restrictions. It must also set out what is needed to protect our nation from what can still be a deadly virus.”

A UKHSA spokesperson said: “The vast majority of asymptomatic testing is carried out using Lateral Flow Devices, which have gone through rigorous validation, are proven to be highly effective at detecting Covid-19 in people who are infectious and do not require lab processing.

“From April 2022, we will be working to ensure that all asymptomatic testing supported by UKHSA is carried out using LFDs.”