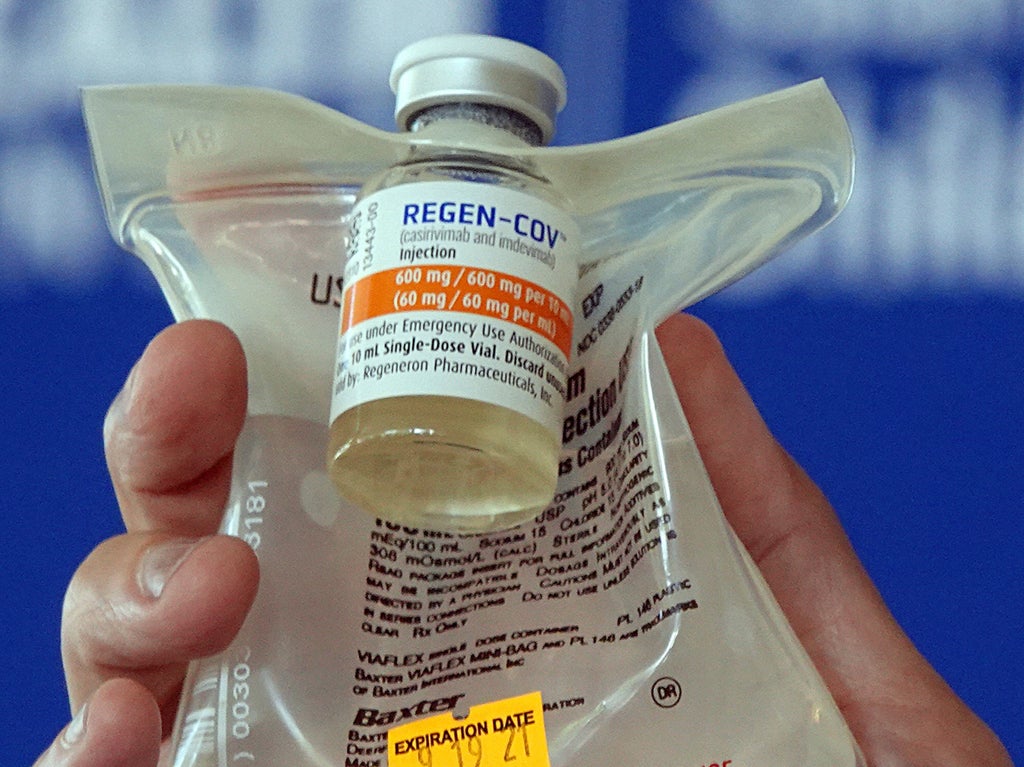 The Food and Drug Administration (FDA) has revoked its approval for Covid-19 antibody drugs that don’t work against the highly transmissible Omicron variant.

Omicron now makes up almost all new infections in the US, with the FDA announcing on Monday that they were pulling their emergency authorization for the antibody drugs from Regeneron and Eli Lilly.

The drugs have been bought by the US government and been given to millions of Americans with Covid-19.

The FDA said it could reapprove the drugs if they are proven to be effective against other variants in the future. Both drugmakers have said that Omicron’s mutations mean that the drugs are less capable of taking aim at the variant.

Republican governors who have continued to encourage the use of drugs, despite experts advising against it, could push back against the regulatory action from the federal government.

Omicron’s quick spread across the US in recent weeks has upended the Covid-19 treatment strategy.

While doctors have two antiviral pills from Merck and Pfizer to fight early-onset Covid-19, supplies of both pills have yet to ramp up, as is the case for an antibody drug from GlaxoSmithKline.

When announcing its decision, the FDA noted that 99 per cent of infections in the US stems from the Omicron variant and that it’s “highly unlikely” that the revoked drugs would help those seeking treatment now.

The agency said that limiting the use of the drugs would help restrict unnecessary side effects, such as allergic reactions.

The government temporarily stopped sending out the drugs late last month when the Omicron variant was becoming the dominant strain of the virus. But following complaints from Republican governors, distribution summarized.

Florida’s Republican Governor Ron DeSantis, considered one of the party’s top 2024 candidates behind former President Donald Trump, was one of those who raised objections. Mr DeSantis has pushed the antibody drugs as a large part of his administration’s pandemic strategy, setting up sites where the drugs can be administered and boosting them during press briefings.

Mr DeSantis has also opposed vaccine and mask mandates as well as other public health measures to contain the virus. The Republican Governor of Texas, Greg Abbott, has also established sites where the drugs can be administered.

The drugs cannot be used to replace vaccinations and they’re often reserved for those considered to be most vulnerable, such as the elderly, those who have received a transplant, and those suffering from heart disease and diabetes.

Since the beginning of this month, the government has distributed enough doses of the drugs to treat more than 300,000 people.

Regeneron and Eli Lilly have said that they are working on a version of the drugs that are able to target the Omicron variant.

The scope of the use of Remdesivir, the first drug to be authorized to treat the virus, was recently expanded by regulators. On Friday, the FDA approved the antiviral drug to be used in adults and children who are in the early stages of Covid-19 and who are at a high risk of being hospitalized. The drug had previously only been used for patients already in hospital.

A group of federal experts had already suggested that the drug be used to stave off hospitalization. The National Institutes of Health panel also noted that the Regeneron and Eli Lilly drugs shouldn’t be used against Omicron.

As Remdesivir is administered to nonhospitalized people via three IV infusions over the course of three days, some hospitals may struggle to ramp up its use. The process takes time and may not be an option for hospitals that are over capacity and short on staff.

The FDA based its Remdesivir ruling on a study that included 560 patients, which showed that if the drug is used within seven days of symptoms, hospitalizations decreased by almost 90 per cent.