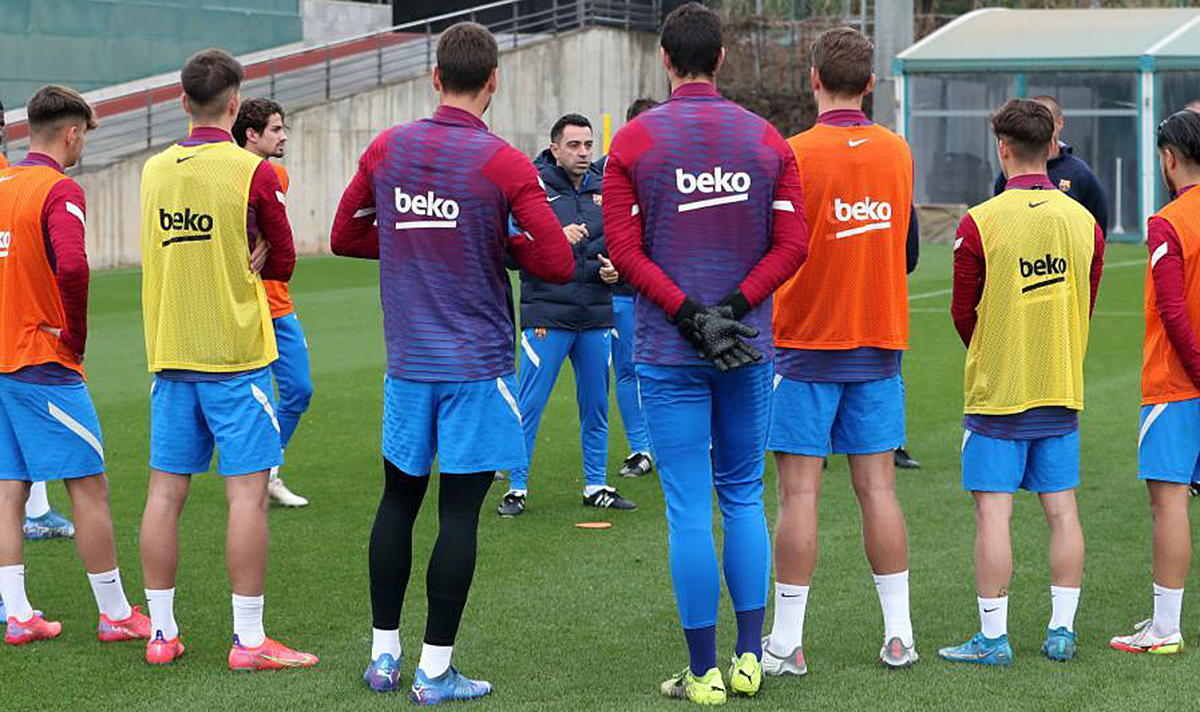 After Xavi Hernández’s first day (Terrassa, Barcelona; 41 years old) at the Barcelona Sports City, a resounding phrase echoed in the corridors: “Someone who knows what they want!”. A club worker adds: “It is not that the previous ones did not come with a proposal, but it is that Xavi is very clear about what he wants and is sure that he can do it. It will not leave the script that has been marked ”. This is how João Carlos Pereira, Coimbra coach who coincided with Xavi at the Aspire academy in Doha, sees it. “I had fixed and clear ideas. One day I told him that you could also win in another way and he replied that it could be, but that he would do it his way. From what another Barcelona source clarifies: “He is going to impose his style. He knows that if he succeeds or is stamped, it will be with his booklet ”. He did that in Qatar, as explained by players and trainers who agreed with him, then in command of Al Sadd.

As soon as he arrived at Barça, Xavi recovered the manual of fines that was applied with Guardiola. “It is not that he invented gunpowder, but he wants them to be strictly enforced,” concedes a player from the team. “They are the ones that are made in any club, but he has gotten serious about things like eating at the Ciudad Deportiva, limiting outings …”, adds a Barça worker. He did so in Qatar, although at the beginning it was not easy because the players came from a more relaxed culture of effort. “Here they are very comfortable because they have everything and they wake up when they want, they pray … They could be late or miss a training session without warning,” reveals Al-Arabi central defender Marc Muniesa. “In the country there was a deficit in that sense and the technicians had to adapt and try to trick them so that little by little they would assume the changes ”, resolves Pepe Murcia, who trained Al-Shahaniya from 2017 to 2019.“ But Xavi was strict and put order with the fines, with objectives in each training session and promoting competitiveness ”, Muniesa remarks . So much so that some footballers were offered to be transferred and rejected the idea because they preferred to be substitutes with Xavi than starters elsewhere.

Although Xavi arrived in Qatar as a football legend, a barça thermometer for Guardiola and the best Spanish team, he did not convince the group because of what he had done with his boots on. “Now you can call yourself what you want and have won what you want that if the dressing room sees that you do not know, the respect earned as a player serves you 10 minutes,” says Tintín Márquez, Al-Wakrah coach. “It’s like with Koeman, who perhaps did have the respect of the players but it did not seem that he had that of the Barça fans, and that which gave the first European Cup”, Muniesa slides. It was a matter of time before Xavi got away with it and imposed his idea, although it was not a bed of roses.

“It was difficult for the team to play as they wanted because with the previous coach, Jesualdo Ferreira, they practiced a more direct football, against cons,” reveals Tintín Márquez. “It was a team that came from contention football, with a low-intermediate block, from not assuming the leading role in such an obvious way,” recalls Pereira. “He inherited a team that was used to winning in a different way and it took a while to give his personal stamp,” intervenes Murcia. “It was three or four months where it was clear that they did not quite work, but since the best local players play there together with Al-Duhail – the emir’s team – they soon took on the concepts of pressure, an orderly exit to generate superiorities …” Muniesa points out. “After those months they were far superior to the rest,” concedes Márquez. Seven consecutive titles attest to this. Also great football, at least the one he wanted to practice. That is why, at the end of the matches, he passed the possession figures to them, always insufficient in his eyes even if it reached 65% on average.

“Xavi is a Taliban of possession and play, and for him that is inalienable. That’s why the training sessions are based on rounds, possession exercises, position games … Pure Barça school ”, Santi Cazorla, Al Saad player, summed up to Radio Brand. “He is obsessed with the ball, but with the aim of reaching the rival area with advantages,” says Pereira; “He is also a technician who does not mind taking risks in defense if it is to make a good attack. It is cruyffista to death. Believe it, it’s the truth. And above all, he seduces others ”. Márquez and Murcia add an identical speech: “Playing from behind, high pressure, ball circulation. It is the extension of the football of Cruyff or Guardiola because he has very clear concepts ”. And Muniesa ends: “The system does not matter because although it started from a 3-4-3, it modified it depending on the rival because it studied them thoroughly. He wanted him to find the spaces and for his players to receive an advantage ”.

Now Xavi intends to do the same at Barcelona, ​​on whose bench he makes his debut this Saturday (9:00 pm) against Espanyol at the Camp Nou. “It’s what the club needs, someone who believes in style to be successful,” reveals Cazorla. “Barça does not have the same ability to attract talent and keep it as in recent years. It may be that it costs him at the beginning, although with time he will surely be very successful ”, says Pereira. “The quality of the Al Sadd players cannot be compared with those of Barça, it is sure that he will be able to translate his idea,” adds Márquez. “With his knowledge, he will do the football that he sets out to do,” adds Murcia. “He was 17 years in the team and knows the club perfectly. It will bring out the best of all ”, Muniesa emphasizes.