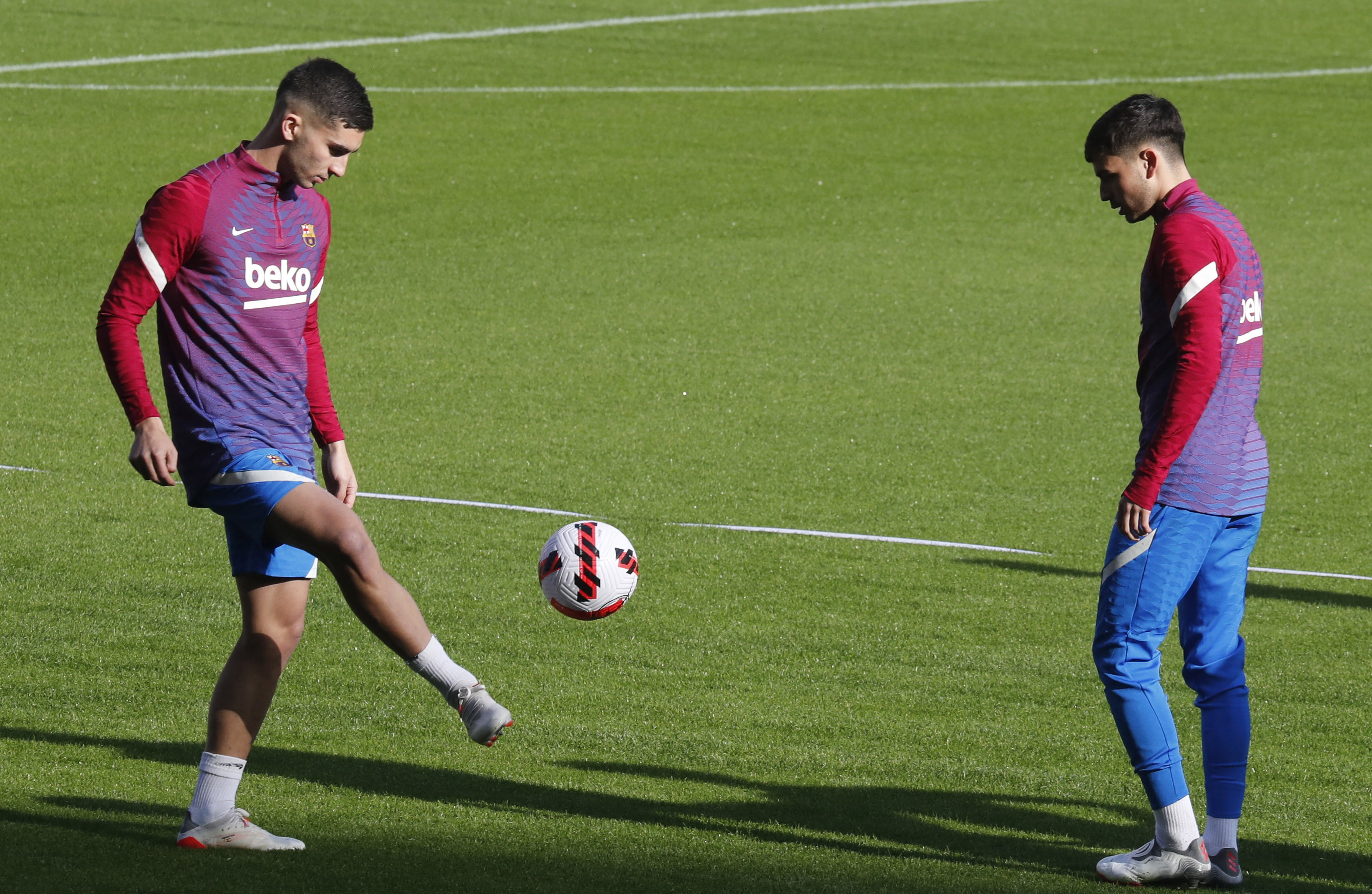 Barcelona presented Ferran Torres at the Camp Nou on Monday. According to the football director, Mateu Alemany, “the gift of Kings” for Xavi Hernández. However, the Barça coach still cannot count on the former Manchester City player, who arrives at Barça in exchange for 55 million euros plus 10 in variables. And it is not because of the fracture he suffers in his right foot – “the injury is almost healed,” said the Valencian forward – but because of a problem that, again, like last summer, is repeated in Barca’s offices: the uncontrolled wage bill. “The reality is that when we signed Ferran we knew we had no salary limit. We assume it and we have been working in various ways. We are convinced that we will achieve it before Sunday [el próximo sábado, el Barcelona visita al Granada]. It is our forecast ”, stated Mateu Alemany.

Ferran Torres, in any case, is not concerned about the matter. “I am totally calm, I know they are working on it. I know that in the end it will be possible ”, assured the Valencian, who this Monday tested positive for codiv, together with Pedri, according to Barcelona. In October, when the club presented the budget for the 2021-2022 season, the salary mass was estimated at 470 million. That is, about five times more than the cap imposed by LaLiga in September (97.9), after Barcelona presented the balance of the 2020-2021 campaign with 481 million losses. “The wage bill is not a static figure. If we can release a player, we will have room to register Ferran Torres ”, explains a source from the Barça organization.

When a club exceeds the salary limit, LaLiga allows it to register new players as long as it subscribes to the 1×4 rule, which consists of releasing four euros of salary mass to be able to register one. In this case, Barcelona already has the departure of Kun Agüero, who retired from professional football, and hopes to see Yusuf Demir say goodbye. “His departure could help, we are working on it,” Alemany said. It happens, however, that between the salary of Ferran Torres (approximately 11 million) and its amortization (10), Barça would not be enough to register the international with Spain. “We need to get a big fish out of the oak,” say the same sources from the economic area.

LaLiga has another exception: the 1×4 rule becomes 1×2 (free two euros to register one) in the event that the salary of the player who leaves the club represents more than five percent of the salary mass. The name indicated, then, is the same as always, Coutinho. However, the departure of the Brazilian, the highest salary of the squad after the goodbye of Messi and Griezmann, is not easy. “Everything is up and running,” Alemany limited himself to saying about the former Liverpool player’s situation. Nor is it easy for Umtiti to choose to leave Barcelona and Dembélé’s name appears on the scene. “Nothing is known yet,” added the football director.

Xavi embraces the French winger, who ends his contract this summer. “He can be the best in the world in his position,” praised the coach. The president, Joan Laporta, joined in the compliments: “It’s better than Mbappé.” But in the sports area they are beginning to tire of Dembélé’s attitude, especially that of his agent. The player’s representative understands, as explained by the Barça club, that the economic situation is not so complicated if Barça could sign Ferran Torres. In addition, it demands a higher salary: 30 million. An impossible salary to assume for the economic direction of Barcelona. “If we had to give up Messi, how can we not do it with Dembélé,” they exclaim. “We have been talking with their agents for five months. We have had a lot of patience, they know we want him to stay and he has an offer. It cannot be delayed much longer. We await a definitive response to adopt the measures that are convenient for the club ”, concluded Alemany. The Frenchman’s contract expires in June and Barcelona need economic air to sign up Ferran.