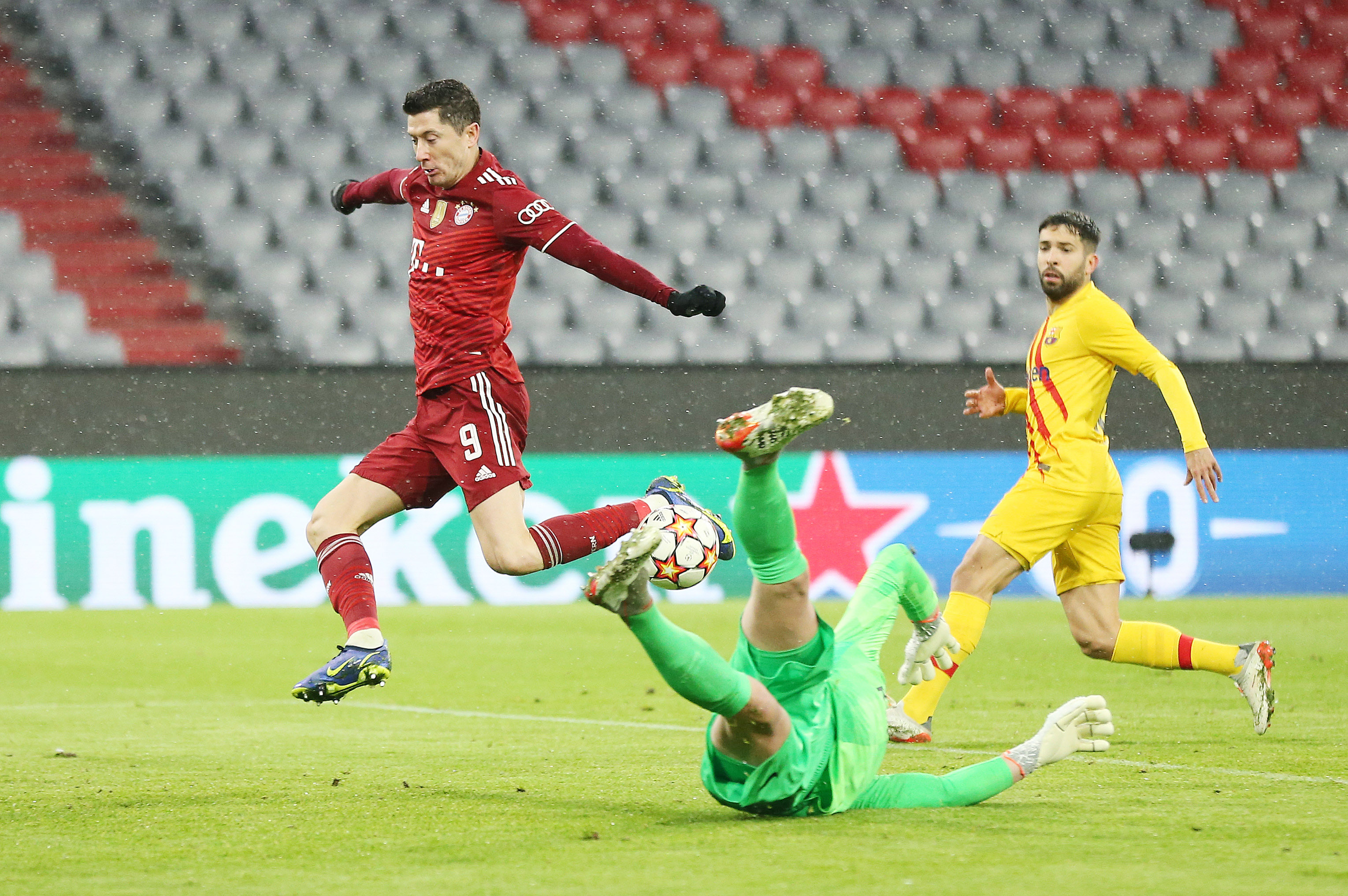 There will be a before and after Munich according to Xavi’s diagnosis. The Barça coach is also looking for the inflection point to the announced fall of the team since it began to go thrashed in the different fields of Europe. Nobody manages to stop the decline of Barça. The mismanagement and waste of the Bartomeu board have been as evident as the lack of competitiveness of a squad that has aged comfortably with no threat other than a handful of young people from La Masia. Neither has put the continuity of the wealthy starters at risk since Griezmann returned to Atlético and Messi took the goals to Paris. The decapitalization has been improvised in football terms and conditioned by the economic bankruptcy of the Camp Nou.

Xavi is no stranger to the elimination of the Champions League. The Allianz Arena match was as impossible as the appointment with Benfica was feasible. That night the Catalans did not go from a draw to zero with the Portuguese at the Camp Nou. The coach has not managed to lift the team off the canvas in the five games he has played at Barça. The optimistic discourse has penetrated more the fans than in a team that is bored and tired of itself, insensitive to a plan that is in tune with the style designed by Cruyff: the ends open and the interiors rotate; you are pressed out of obligation and you have to run until you faint; and habits return to being those of a professional team after a time of abandonment of the culture of effort at the Camp Nou.

The improvements that were appreciated on the pitch from Xavi’s applauded declaration of intent faded against Betis and disappeared against Bayern. It is not a coaching problem, but a lack of footballers capable of facing the football middle class after assuming that it is not possible to compete with the aristocracy of Europe. Barça does not have a right-back, the left-back recurs in injuries, nobody shoots or scores a goal due to the lack of a center forward and it is irresponsible to expect Dembélé to be better than Mbappé. So it is difficult to win any game, with or without Ansu Fati. The Espai Barça application is as urgent as setting up a team with guarantees after listening to Xavi.

The former Barça captain arrived with the season already started and found a squad made, flawed and patched up by Koeman, a club coach who was the victim, precisely, of a time when there was no club due to the transfer of powers from Bartomeu to Joan Laporta. Koeman’s team, in any case, had no room for improvement unlike Xavi’s and, therefore, the bet is not discussed at the moment as long as he is not compared with Guardiola. It does not have the footballers of that time and the club does not have the resources to strengthen itself, but it is given unconditionally to the La Masia nursery. There is no money, no players, and no choice but to live off a football identity that is equally questioned by rivals as the Barça brand.

The politics of appearance and illusionism practiced by Laporta no longer have a route, but rather an exercise of responsibility rather than pride is imposed. It is not easy to get around in the swamp that Bartomeu’s legacy represents. Nor can you live off improvisation, even though the president’s room for maneuver has been limited by some guarantors who saved the club from repeating elections at the last minute after Laporta’s victory at the polls. It has never been known what his sports bet was and it only transpired that his reference coaches were Thomas Tuchel and Julian Nagelsmann.

Pep Guardiola’s option was as impossible as Luis Enrique’s. So Laporta extended Koeman and later turned himself in to Xavi, headliner of the candidacy of Víctor Font, the president’s electoral rival. The feeling is that for years time has been wasted at the Camp Nou as if defeat had to be assumed naturally after so much glory in the League and in the Champions League. Although the board of directors boasts of forming a common front with the powerful Madrid to improve income in the League and draw the Super League, there is no choice but to focus the Barça goal in qualifying for the next Champions League. Fourth place in the Spanish championship seems more within reach than the Europa League.

Rationality prevails over emotionality, deep structural changes are more urgent than bombastic statements, or there will be no one to stop the crusher at Camp Nou. Good players get worse and bad players do not find competition in a desolate team, so that Xavi’s warnings will not be of much use if they are not accompanied by unequivocal decisions more concrete than the “this far we have come” that was heard in Munich. The coach has taken a month to warn that it is not about winning or fighting any urgency, but about being a decent and dignified football team, not just to compete in the Champions League but to deserve the respect of the Camp Nou, a large stadium and old, a reflection of the ills of Barça.