A medicinal cannabis supplier caught with more than a kilogram of the class B drug has escaped jail after hundreds of cancer patients submitted letters to the court in his defence.

Andrew Baines, 46, a father of two and a cancer patient himself, supplied hundreds of patients with medicinal cannabis oil. The same patients and their families submitted scores of letters to the court describing how Mr Baines – who faced a possible charge of possession with intent to supply and produce a controlled drug – had saved their lives.

Mr Baines was spared a 15-year sentence in a landmark ruling after the CPS decided not to pursue charges, instead giving him a six-month community order, the lowest possible punishment.

Mr Baines used his personal “Cancard” – a medical cannabis card recognized by police – to supply other patients with cannabis-based medicine. However, in April 2020 he was arrested after police found a kilogram of cannabis-including 30 plants of the drug, with a street value of £10,000-at his home in Lincoln, east Midlands.

Cannabis-based medicines were made legal in November 2018, to be prescribed only by specialists for patients who cannot be helped by other available drugs. But it is rarely prescribed on the NHS forcing patients to seek it through more dangerous and expensive illegal means.

Giving her ruling at Grimsby Magistrates Court, judge Sue Fortune said: “If the law was different Mr Baines would have been applauded not punished.

“I take the view that a community order is justified in this case, not because of you but because of the message we must send,” the judge added.

Mr Baines’ solicitor Hannah Sampson said: “I have never seen a six-month community order imposed, if you steal a sandwich from Tesco you get 12 months.

“Cases like this are fundamental in taking this back down to grassroots so the police and the prosecution are making the right decisions,” Ms Sampson added. “They have to differentiate between the medical cases and the county lines cases where people are trying to profit on the black market of illegal substances, and at the moment the law doesn’t allow for a difference between the two to be drawn. This case is a huge step.”

Mr Baines said he was relieved to not receive a custodial sentence. “The outcome was good, but it’s just frustrating that it’s not legalized yet,” he said.

Police visited Mr Baines after Post Office workers became suspicious of one of his deliveries to a patient.

After being arrested, Mr Baines noted the efforts of officers to avoid seeking a heavy prosecution against him, understanding he was using the drugs to make pain relief for cancer patients. He added that he had fallen into debt in his efforts to provide patients, who find his services from him through a Facebook support group, with the oil.

Hundreds of testimonials were written on behalf of Mr Baines to support his case. Belinda Williams was diagnosed with incurable liver cancer and was sent home to prepare for her death when her husband made contact with Mr Baines.

Her husband Russ said: “I made contact with Andy and our lives have not been the same since. Andy did not hesitate and set about helping us. We offered to pay him, but he refused point-blank. We are now 13-months on and I am pleased to report that all six of my wife’s tumors have gone and just this week we were given the all-clear. Our NHS oncologist is in shock.”

Seven-year-old Oscar has autism and Lennox-gastaut syndrome, a severe form of epilepsy causing him to suffer hundreds of seizures a day leaving him disabled.

“If it wasn’t for Andy our son would be in a wheelchair, it’s thanks to Andy that he is walking. We also have the backing of Oscar’s neurologist. Oscar’s school and family members are blown away by his progress, ”his mother Emma said.

Carly Barton founder of Cancard, which provides patients with a medical ID to carry medicinal cannabis and supplied Mr Baines with a solicitor said: “I salute the CPS and the CPJ in this case who made the fair decision not to imprison Andrew for providing access to life-changing medicine for people in need. Andrew has improved the lives of thousands of people who were sent home to die. The alternative for those people was to access these medicines via the criminal market which pours money into county lines and causes harm.

“Experts like Andrew are few and far between. Currently, they are bridging the gap that our healthcare system is not providing. Now we need to look at better access schemes so that those who need it can access cannabis, and, so that our experts, like Andrew, are able to utilize their specialisms legally.”

The court ruling comes just a day after the National Drugs Summit where the government renewed its vow to crack down on middle-class drug use and policing and crime minister Kit Malthouse doubled down on his opposition to Sadiq Khan’s review into a potential loosening of laws around cannabis use. 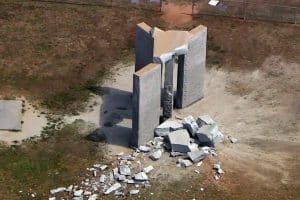 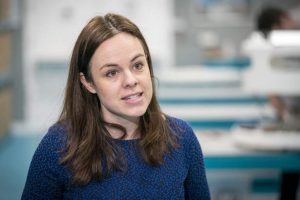