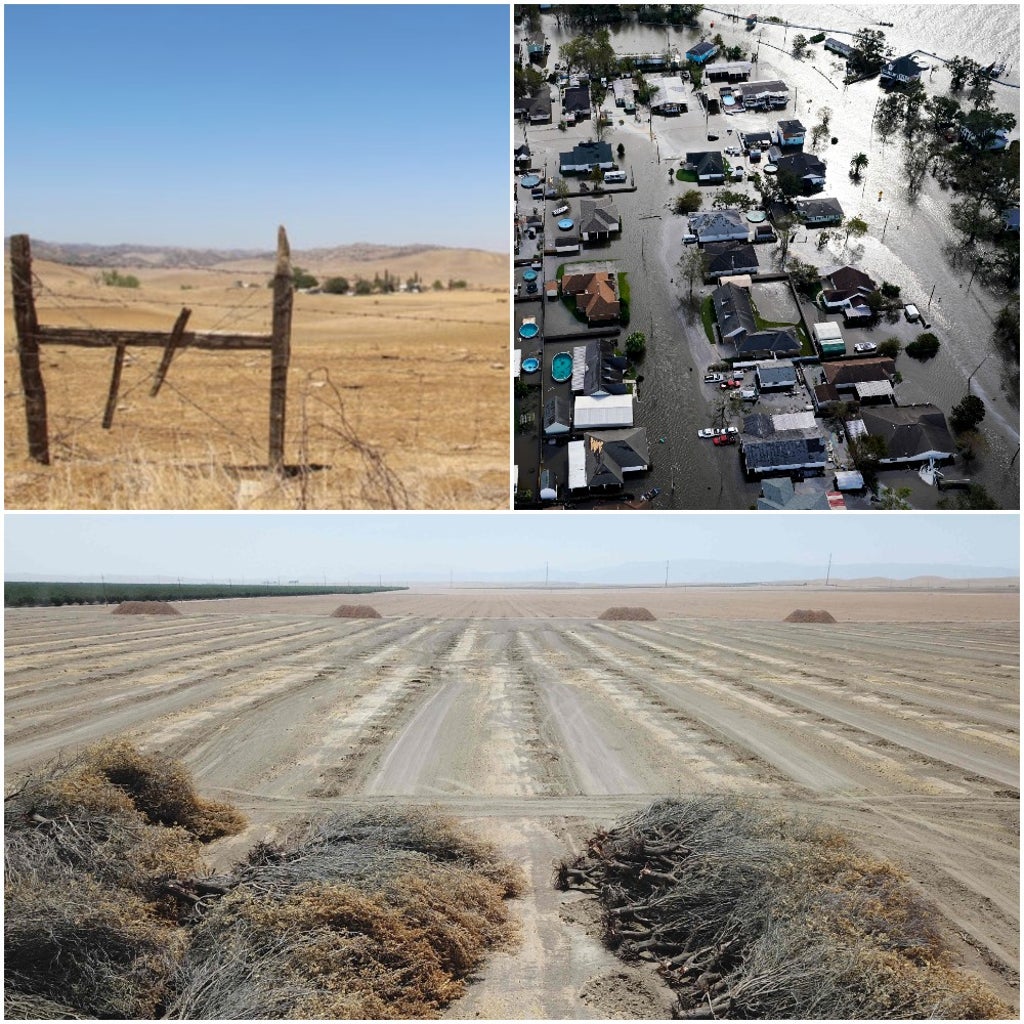 Over nine years and two presidencies, Secretary of Agriculture Tom Vilsack has arguably shepherded American farmers through some of the toughest times since the Dust Bowl.

The 2008 recession, globalization, the impacts of corporate farming on family-run operations, the crisis of farmers’ suicides, and a pandemic have been among headline issues. And, overarching it all, the spiraling threat of climate change.

speaking with The Independent on Friday, Secretary Vilsack said that American farmers had long since come around to addressing the existential issue.

“Years ago when I first started this job, there was a reluctance to acknowledge climate issues,” Secretary Vilsack told The Independent. “[Now] I don’t see that reluctance.”

Another pressing crisis – the Russian invasion of Ukraine – would have a “minimal” impact on US agriculture, he said. “My biggest concern is for the Ukrainian people, and the effect it’s going to have on their lives,” he said.

On Monday, a landmark report from the United Nation’s International Panel on Climate Change (IPCC) projected seismic shifts in global agriculture in the coming decades.

Overshooting 1.5C of global heating, above pre-industrial levels, will mean more heat waves and longer warm seasons. At 2C of warming, heat extremes will likely breach critical levels for agriculture and health in many regions.

Even at current temperatures, millions of people face food and water shortages, particularly the most vulnerable.

Extreme events, linked to climate change, have proliferated across the states. A historic and prolonged “megadrought”, and accompanying water restrictions in the US West, have seen farmers ripping out almond trees in California.

A right pummeled the Midwest in 2020, destroying $802m in corn, soybeans and pastures in Iowa with farmers assuming one-third of losses.

Hurricane Ida in August brought half a billion in damages to Louisiana’s agricultural sector largely in timber products but also sugarcane and horticulture, along with wrecking expensive farm equipment.

Sec. Vilsack, a former Iowa governor, served as Secretary of Agriculture from January 2009 until 2017, the longest-serving member of President Barack Obama’s original Cabinet. He returned to the role last year under President Joe Biden.

Agriculture accounts for 10 per cent of the US’s total carbon footprint, making pollution cuts in the sector, a crucial part of President Biden’s goal to half domestic emissions, below 2005 levels, by the end of the decade.

Sec. Vilsack described agriculture as a “big part of the solution”, pointing to the capacity for soil to sequester carbon, and converting methane produced by livestock into fuel sources.

At the Cop26 climate summit in Glasgow, the US and United Arab Emirates launched an initiative involving dozens of countries, companies and non-government partners to invest $4bn over five years to innovate agriculture and food systems to help cope with climate change, and reduce famine.

The Agriculture Innovation Mission for Climate (AIM for Climate) will financially back the acceleration and deployment of innovative technologies which are “key to maintaining productivity in the face of climate change”, Secretary Vilsack said.

At a meeting last month in Dubai, ministers from partner countries set a goal of doubling investment to $8bn by the time Cop27 takes place in Sharm El-Sheikh, Egypt this November.

Part of the mission are so-called “innovation sprints”. Among the first focuses will be helping smallholder farmers in low- and middle-income countries and reducing methane, a potent GHG which traps about 30 times as much heat as CO2 in the short-term, and will have rapid benefits for the climate.

AIM involves a broad range of players including the Bill and Melinda Gates Foundation, the US Farmers & Ranchers in Action, the World Farmers Organization, Pepsi and McDonald’s.

One initiative, for example, involves IBM and the Nature Conservancy of India providing weather forecasting technology for smallholder farmers. Another will see satellite monitoring used to estimate the quantity and quality of biomass available in pastoral livestock systems.

The aim is to better identify innovations happening in different parts of the world, then share knowledge which will see them widely adopted. In US farming communities, there is growing enthusiasm towards participating in large-scale pilot projects for so-called “climate-smart” strategies, Sec Vilsack said.

A special IPCC report in 2019 found that efforts to curb climate change will fall short without dramatic changes to land use and agriculture, and recommended that meat consumption be reduced. Global livestock represents 14.5 per cent of all human-caused greenhouse gas emissions, with a quarter of land on Earth used for livestock grazing, and 33 per cent of croplands used to produce livestock feed.

Secretary Vilsack said that he didn’t believe there needed to be a switch from livestock production over to more plant-based agriculture.

“I don’t think you necessarily have to reduce one aspect of agriculture to be able to encourage another aspect,” he said.

“I think it’s important that we recognize that all methods of production are important, and all technologies, whether it’s plant-based proteins, livestock, vertical farming, indoor farming, hydroponics, aeroponics.

If you are experiencing feelings of distress and isolation, or are struggling to cope, The Samaritans offers support; you can speak to someone for free over the phone, in confidence, on 116 123 (UK and ROI), email [email protected], or visit the Samaritans website to find details of your nearest branch. If you are based in the USA, and you or someone you know needs mental health assistance right now, call the National Suicide Prevention Helpline on 1-800-273-TALK (8255). The Helpline is a free, confidential crisis hotline that is available to everyone 24 hours a day, seven days a week.If you are in another country, you can go to befrienders.org to find a helpline near you