A far-right Republican leader at UCLA with white supremacist ties has pleaded guilty, after admitting to sitting in Vice President Mike Pence’s chair in the Senate during the 6 Jan Capitol breach.

Christian Secor, a member of America First Bruins, admitted to obstructing an official proceeding – namely Congress’s certification of the election of Joe Biden – in a plea deal with US prosecutors.

The charge carries a maximum of up to 20 years in prison, but prosecutors and Secor’s defense attorney agreed that he likely faces either 21 to 27 months or 53 to 61 months in prison under advisory federal guidelines, depending on whether he is deemed to have caused property damage or injury.

He is scheduled to be sentenced 7 Oct.

Prosecutors agreed to drop the rest of a 10-count indictment, including two felony counts of assaulting police and rioting, and not to bring a new charge of destroying digital evidence as threatened against the 23-year-old.

While he and other rioters were present there and inside the Capitol, “the joint session to count and certify the votes of the Electoral College for the 2020 Presidential Election could not continue,” Secor acknowledged.

According to charging papers, Secor belonged to America First, a podcast group launched by Nicholas Fuentes, a far-right activist who joined the crowd outside the Capitol on 6 Jan and organized a 11 Nov 2020, rally in Michigan. The FBI affidavit identified Fuentes as a white supremacist and “public figure known for making racist statements and denying the Holocaust.”

The affidavit said his followers are known as “Groypers.” Fonts have not been charged. Sources have told Washington Post that he isn’t a white supremacist and that he never denied the Holocaust.

The FBI said Secor described fascism as “epic” on Twitter; valorized the 2017 “Unite the Right” torch rally in Charlottesville during which marchers yelled anti-Semitic chants; and repeated anti-Semitic tropes suggesting Jewish influence over governments and “Westerners.”

At the Capitol, Secor carried a large blue “America First” flag, joined a group of rioters who entered the west side of the building at 2:26 pm through the broken Senate wing doors, and walked through the offices of Speaker Nancy Pelosi, I have admitted in plea papers. He then overwhelmed three police officers trying to bar the Columbus doors on the building’s east side, helping push it open at about 2.38pm, he admitted.

Earlier, Secor texted and tweeted his belief after the November 2020 election that “Trump will pull through by legal or illegal means,” and that if he did not, Republican governors should prepare secession papers, according to plea papers.

He messaged another individual on the eve of the Capitol riots, “Wouldn’t be surprised if conservatives just storm the police and clobber antifa and the police but that’s wishful thinking,” he acknowledged. 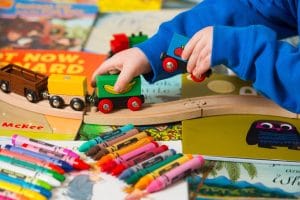 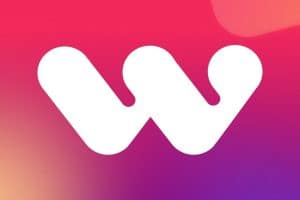