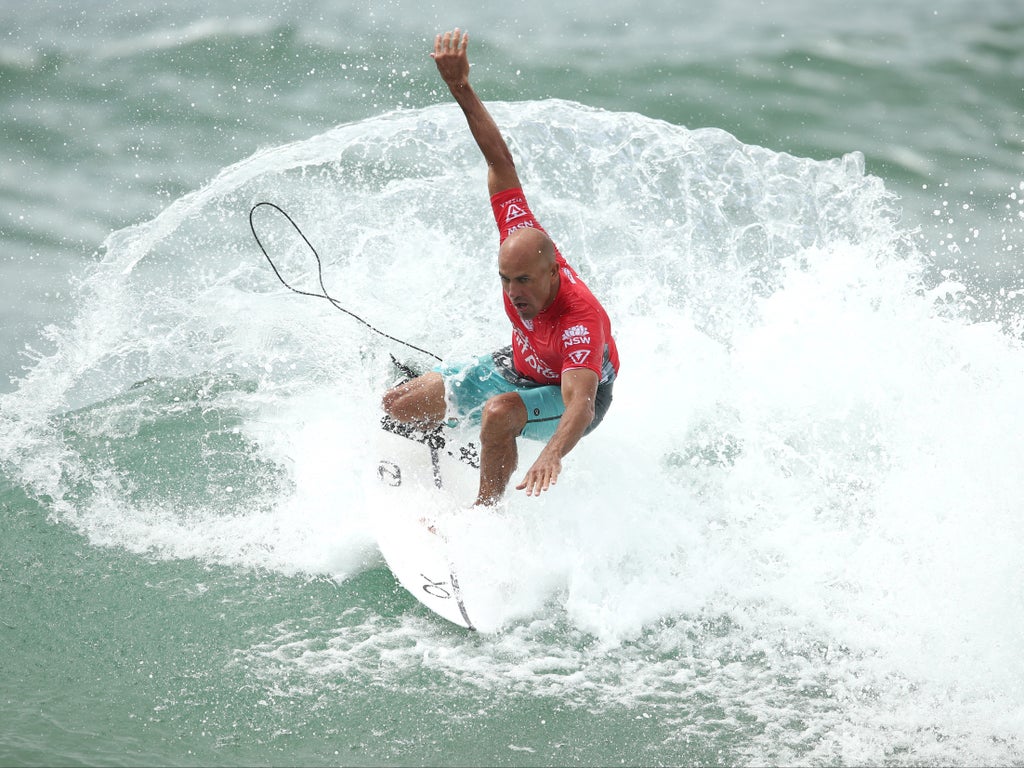 Surfer Kelly Slater is being praised as the “greatest of all time” after winning the Billabong Pro Pipeline just days before his 50th birthday.

On Saturday, Slater, who turns 50 on 11 February, marked his eighth Pipe Masters win when he won the title in Hawaii against 24-year-old competitor Seth Moniz, whose father previously competed against the surfing legend.

The achievement was especially impressive considering it came nearly 30 years after the surfer became the youngest World Champion when he won his first World Title in 1992 at the age of 20, according to the World Surf League (WSL).

While the win was Slater’s eighth World Surf League Championship Tour on the Banzai Pipeline, it marked the 56th overall tour win for the 11-time World Champion, the Associated Press reports.

Following the impressive display of athleticism, fans and celebrities have applauded Slater for the achievement, with Matthew McConaughey sharing a photo of himself and the surfer and writing: “The GOAT @kellyslater still the best a few days before 50,” while Chris Hemsworth wrote on Instagram: “Congrats @kellyslater, greatest of all time, what an inspiration.”

“This is one of the most insane achievements in all of sports history. 49-year-old @kellyslater just won his eighth Pipeline spanning four decades. SIMPLY AMAZING!” another person tweeted, while someone else wrote: “At 50 years of age Kelly Slater is competing with guys half his age and winning her. Such an incredible athlete.”

One fan shared photos of Slater after the competition, along with multiple goat emojis, and wrote: “Kelly Slater winning Pipeline 30 years after his first Pipeline win is one of the most impressive achievements in sports, let alone surfing.”

Following the win, Slater told WSL that the achievement was the “best win of my life”.

“I was out there just telling myself, be in the moment no matter how much tension there is, just breathe,” Slater said while reflecting on the competition. “I said just stay in the moment, just soak it up, even if he beats you, just love it all. I committed my life to this. To all of this. To all of the heartbreak and winning and all this crap, you know, I’ve hated lots of it, but I savor this and this is the best win of my life.”

In addition to becoming the youngest-ever champion at 20, Slater also became the oldest World Champion when he took home a title at 39 in 2011, according to WSL.

As for what is next for the surfing champion, Slater is reportedly contemplating retirement, with the AP reporting that the athlete has been speaking with Tom Brady, who recently announced his own retirement, about the possibility.

“It would be interesting if that happened in the same week,” told the AP of the possibility of retiring the same week as the NFL star. “We’ll see how that goes. I’m contemplating whether I stop now or really go full bore this whole year, which would be, in my eyes, really for the fans and saying goodbye to everybody after all the years of support they’ve given me.”

Two World Surf League events are set to take place in Australia in April and May, according to CNNwhich notes that it is not clear whether Slater, who has not revealed his vaccination status, will be participating, as the country requires athletes to be vaccinated.