A former teenage reality star with dwarfism who shared her story with millions of viewers has been found dead in a tent in Welsh woodland, leaving her family ‘shattered’.

At 3’11 tall, Burkitt was determined to show she was just like any other teenager and won plaudits for her frankness as she shared details of her day-to-day life.

Mr Burke wrote: ‘She is the most incredible human that ever walked this planet, she is the strongest, funniest, most kindest and purely decent person I’ve ever known.

‘I am truly devastated. She changed my life forever and I’ll never be the same.’

Her grandfather Norman Burkitt said she was found dead in the tent where she had been living with Mr Burke, who was in hospital for a straightforward heart operation.

Speaking from the family home in Colwyn Bay, north Wales, Mr Burkitt said: ‘She was bipolar and had been in a unit and also there as an outpatient for some time.

Jasmine ‘Jazz’ Burkitt (right), 28, was described as ‘the strongest, funniest, most kindest and purely decent person I’ve ever known,’ by her fiancé Lewis Burke 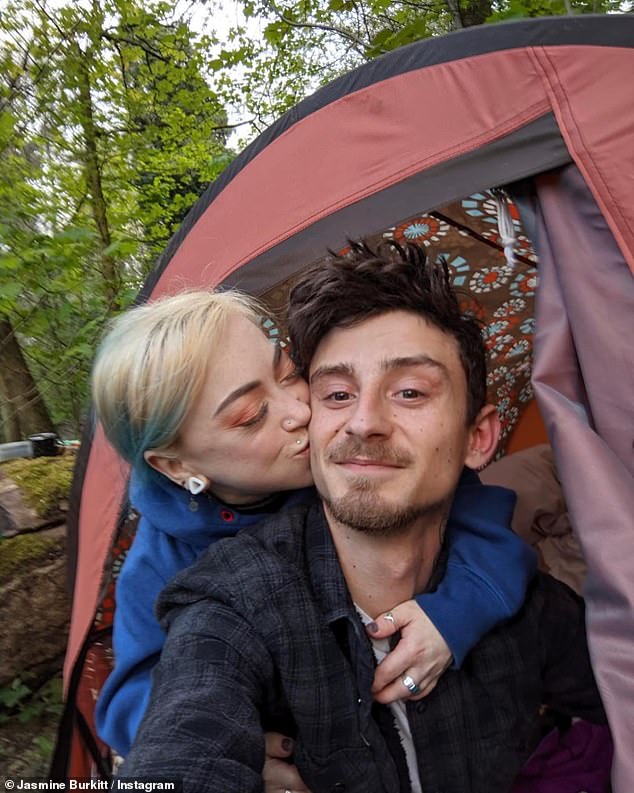 The couple had been living in a tent in Welsh woodland, after apparently being unable to secure a home together from either of their local authorities 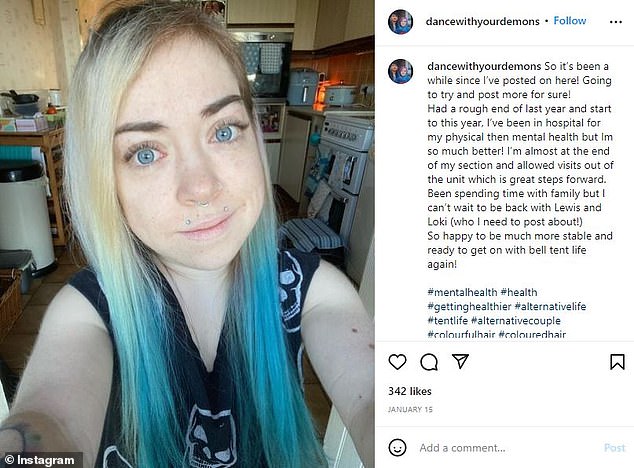 In an Instagram post in January, Burkitt told her 3,500 followers that she had been hospitalized for her physical and then mental health but was looking forward to rejoining Lewis and their dog.

‘She also had a problem with a heart valve and had to take three drugs a day because of that.

‘The drugs were very difficult for her and she had to go into hospital every six months to have a check.’

He added that she was found by Mr Burke’s mother but that the cause of her death had not been established.

‘We don’t know what triggered this,’ said Mr Burkitt. ‘The coroner has rang us to say there will be a post mortem. They were living in this tent because they could not get a house.

‘She was a fantastic girl- so clever and bright with her drawing and stuff. She broke all sorts of viewing records at the BBC and got two awards.

‘This has shattered us, we have had no sleep. Everyone will miss her.’ 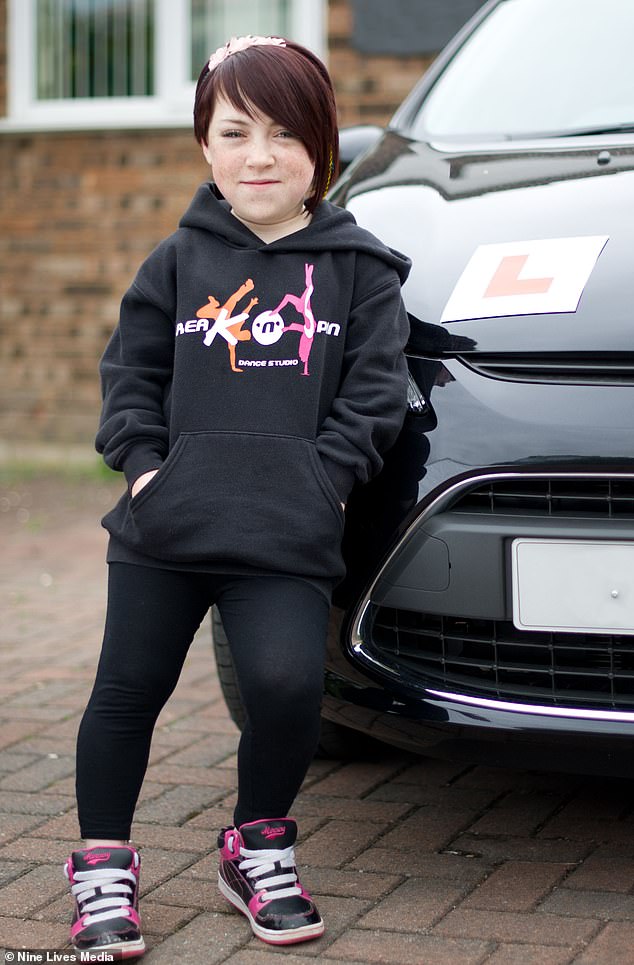 Jasmine ‘Jazz’ Burkitt pictured during her time on Small Teen, Bigger World in 2010. She won plaudits for her openness and determination to live a normal life 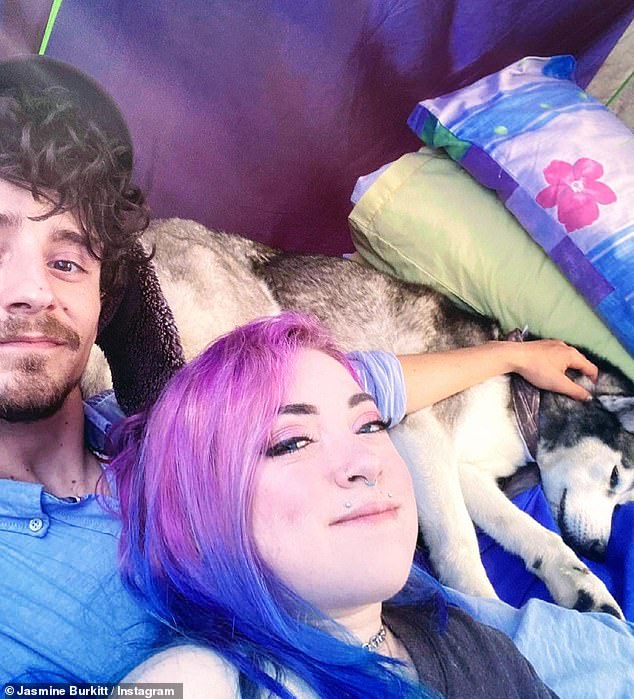 Jasmine Burkitt and her boyfriend Lewis Burke described their experiences camping in Bodelwyddan, Denbighshire, with their dog Loki, on social media. Burkitt, a talented photographer, said their camping life was ‘magical’

Small Teen, Bigger World aired in July 2010 and followed Burkitt’s life over 12 months, capturing her 16th birthday, a trip to New York and her efforts to track down her birth father.

She also described her experiences of bullying at school and being injured after a boy threw her in the air.

Burkitt appeared in the show while living in Colwyn Bay, north Wales, as a registered carer for her 3’7 mother Bev, who suffered lung and breathing problems and died in 2014.

Both had an undiagnosed form of dwarfism for which doctors were unable to find a cause.

Last year, Burkitt and her partner were living in a tent in Welsh woodland after they were unable to secure a council property.

They described their experiences camping in Bodelwyddan, Denbighshire, with their dog Loki, on social media.

Burkitt, a talented photographer, said their camping life was ‘magical’. 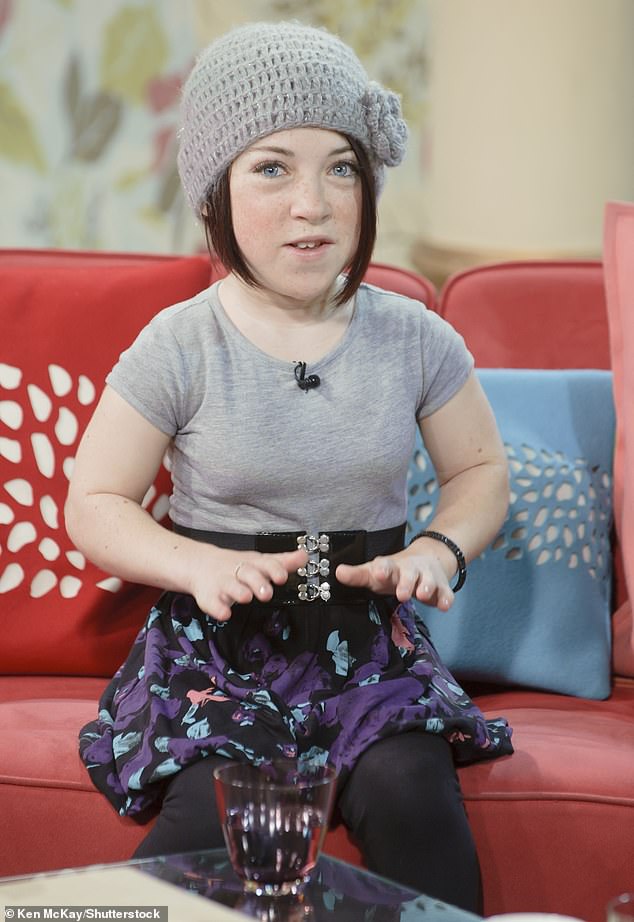 She wrote: ‘I think tent life has saved us and made us. Of course there are downsides as I am a bit more vulnerable with my health history.’

‘Some of the days over the summer living next to a river are some of the happiest I’ve ever spent. I like being away from people quite a lot and just being amongst nature.’

In an Instagram post in January, Burkitt told her 3,500 followers that she had been hospitalized for her physical and later mental health but was looking forward to rejoining Lewis and their dog.

The couple had recently acquired a caravan and planned to transform it into a home.