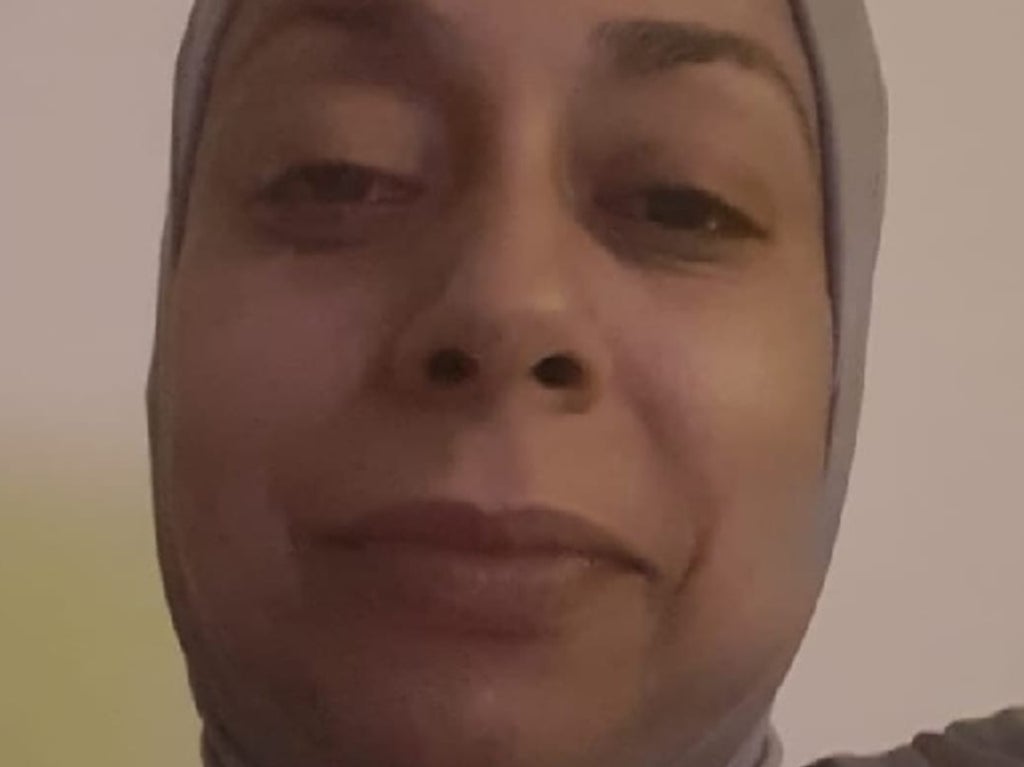 The family of a mother stabbed to death in broad daylight has said the driver who killed her attacker is a “hero” who deserves an honor from the Queen.

Yasmin Chkaifi, 43, died after being knifed in, Maida Vale, London, by her ex-partner Leon McCaskre.

A 26-year-old man was arrested on suspicion of murder after the 41-year-old knifeman was mown down by a car in an apparent bid to stop the attack.

But at the scene of the deaths, family of Ms Chkaifi said they were “proud” of the driver – and suggested he should receive a medal.

“The driver witnessed it happen and tried to stop him,” they said. “He is our hero. Our family are very proud of him and we hope that the Queen can give him a medal or something.”

The relatives said they wished to be put in contact with the driver, adding in a message directed at the man: “Thank you so much. Thank you for risking his life from him.”

Ms Chkaifi, the mother of two teenage sons, was attacked by her ex-husband, whom she had divorced two years ago after three years of marriage, her family said.

“Our family wants justice,” they told reporters. “He was a demon.”

Almost 5,000 people have so far signed an online petition also branding the driver a “hero” and calling for him not to face criminal charges.

Childhood friend Deon Nelson-Wright said Ms Chkaifi had a restraining order against her ex and a panic alarm installed in her home.

Speaking through tears as she lay flowers at the scene, Ms Nelson-Wright told The Independent: “She was just lovely, very loving. I went to Essendine Primary School with her. She was my best friend of hers.

“I met her when I was six. She used to come into my class with her hijab on and her little brother de ella was in my little brother’s class.

“She ended up getting a flat through the council and we lived together when I was 18 in Edgware Road for two years. I was there when she had her first child of her. It was my birthday from her last week, so I was meant to meet her this week. ”

Ms Nelson-Wright claimed Ms Chkaifi’s ex-husband was “fresh out of jail” when she met him.

“The police could’ve stopped this, they knew he was crazy,” she claimed. “It was her ex-husband of hers. He would not go away, he would not leave her alone. I knew this was going to happen, I just knew. He is psychotic.

“This could’ve been avoided – they put an alarm in her house. I was at her house in September and it was there then.

Lolita Aranas was cleaning inside nearby St Peter’s Church when she heard people screaming and looked out of an upstairs window.

“It was very sad,” the church volunteer told The Independent. “A lady was lying down there and there was a man lying down as well, he was bleeding in the head. I could see the blood and black and blue on his legs.

“I came outside after five minutes and the police were already here and ambulance.

“When I saw it, my stomach went; I was just thinking of the families. When I came today I still felt upset.”

A neighbor who has lived in the area for 30 years said she witnessed the stabbing after hearing shouting outside her home.

“I heard people shouting and kids crying and then I just opened the window and saw a guy stabbing a woman in the neck,” she said.

“From upstairs you can see very clearly; I saw the guy stabbing her and then another guy coming to help.

“It was a very bad experience for me because it was the first time I’ve seen anything like that. I couldn’t sleep last night.”

The Metropolitan Police on Tuesday confirmed Ms Chkaifi and Mr McCaskre were both from Maida Vale and had previously been in a relationship.

The force also confirmed a stalking prevention order had been obtained against Mr McCaskre and that a review would be conducted by the force’s Directorate of Professional Standards.

The 26-year-old driver of the car involved in the incident has been released on bail until late February while police evaluate the evidence.

Detective Chief Inspector Neil Rawlinson, of the force’s Specialist Crime Command, said: “We are gaining a clearer idea of ​​what happened at the scene thanks to information supplied by the public and by reviewing CCTV.

“Firstly, it is apparent that members of the public bravely tried to intervene to stop the attack and their actions were very courageous.

“We are speaking to the families of those concerned and doing all we can to support them at this terrible time.

“We can now confirm that both the deceased were previously known to each other and there are no outstanding suspects.

“A man, who was the driver of a car, has been arrested and bailed for a very serious offense and we must carry out a full investigation, looking at all the circumstances.

“We appreciate the support we have received from the public.

“A number of people have already come forward, but we are still asking for anyone who has not to make contact with us.

“Any information could be vital in helping us fully understand why this dreadful incident happened.”

Any witnesses or anyone with any information is asked to call police on 101 or contact via Twitter @MetCC. Please quote reference CAD 1496/24JAN.