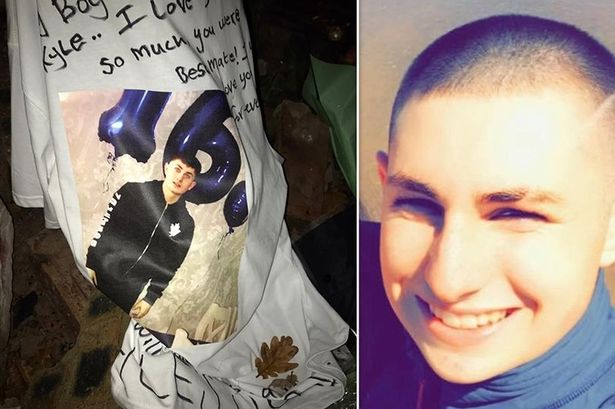 The family of a 16-year-old who died after a police chase have told an inquiry they believe the pursuit was ‘disproportionate’. Kyle Hudson died in Bramhall when the Toyota Yaris he was driving careered off Moss Hall Lane in the early hours of November 13, 2020. At the time, he was being pursued by a Cheshire traffic cop in a BMW.

Kyle, from Stockport, lost control of the car, which was traveling frequently in excess of 80mph in the chase, on a left-hand bend, with the white Toyota hitting a wall. He was taken to Stepping Hill hospital and later Salford Royal Hospital after emergency workers tried to restart his heart from him, who had entered cardiac arrest.

READ MORE: Moment ‘out of control’ woman forced Jet2 Manchester flight to divert – before armed police escort her away

On the second day of the inquest, the police officer pursuing Kyle and passenger Ryce Mendoza — PC Christopher Hough — appeared before the jury, as did home office pathologist Professor Lumb. Much of the proceedings were taken up by questions to the officer, who is an advanced driver in the road crime unit in Cheshire. And, during a prolonged exchange between the officer and family representative Sam Harmell, the lawyer said the family thought the pursuit of the Toyota was ‘disproportionate’.

Mr Harmell quizzed the officer over his application of both national and county police guidance on engaging a pursuit, which asks officers to continually re-assess the risks of continuing to chase a suspect in a car. Although there are no concrete rules — aside from offenders driving on the wrong side of the motorway — for a pursuit to be stopped, it does require cops to bring a chase to a close if they feel it is too unsafe to carry on.

“At that time, you had intelligence of an attempted burglary but no risk of life and limb, or [suspects] being armed,” Mr Harmell said to the officer. “Even at this stage you consider in these circumstances it was proportionate?” PC Hough replied: “Yes, absolutely. Although we had no intelligence to suggest they were armed I considered that they could be armed to break into a house.” At the conclusion of his questioning, Mr Harmell told the officer: “The family’s view, having considered the pursuit policy, was that this was wholly disproportionate to pursue in these circumstances.”

In the afternoon, a home office pathologist told Assistant Coroner Adrian Farrow that Kyle’s death was caused primarily by ‘head and chest injuries’. Prof Lumb also said that an eight-minute delay in getting a defibrillator — as no police car was equipped with one initially — did not contribute to Kyle’s death. He explained: “The initial impact is where you get the trauma, and it was unlikely to make a difference to the overall outcome.

“I don’t think it contributed at all. If you do not resuscitate him at the scene, he will die. You have got his heart from him going, but it does not [prevent] the head injury. I think he would have died anyway. It changes his time of death from him.”

The inquest continues at Stockport coroners’ court all week.