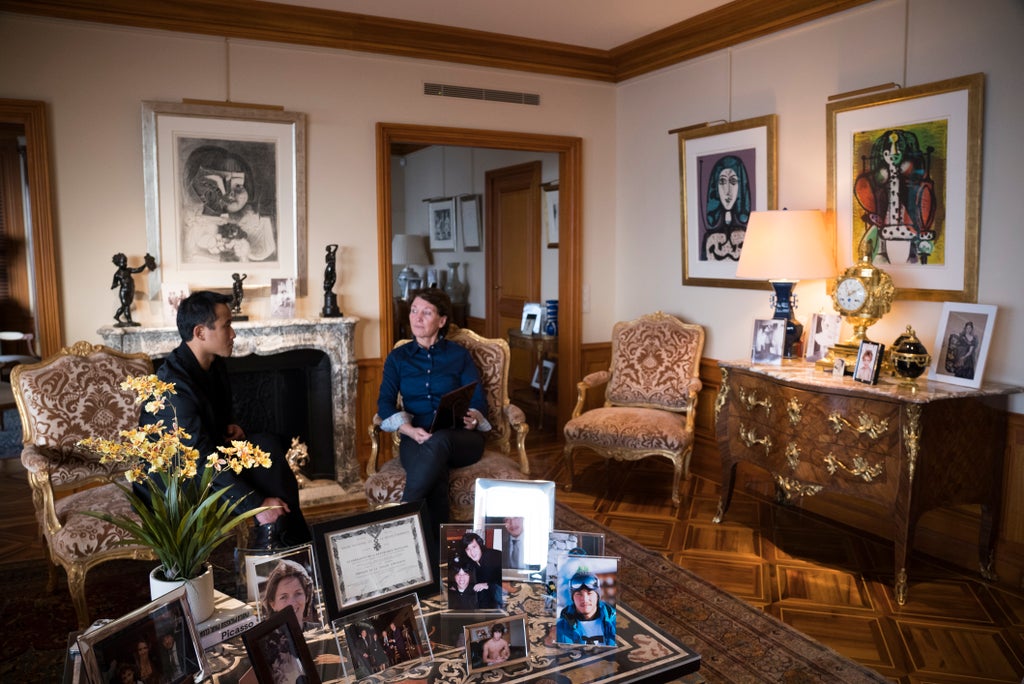 Pablo Picasso’s family is not selling a digital asset linked to one of his works after all.

After a granddaughter and great-grandson of the artist trumpeted the upcoming sale, lawyers for the family said Thursday that his heirs have not authorized the launch of any such “Picasso NFT ”

An intra-family disagreement has cropped up over it.

Marina Picasso, and her son, Florian Picasso, showed a ceramic work to The Associated Press this week in Geneva that they said was a piece by the Spanish great that would be linked to a “non-fungible asset” being sold online. They and their managers said the pottery bowl itself and an NFT would be sold in March at auction.

“Maybe we should have been a bit more clear from the beginning,” said Cyril Noterman, the longtime business manager for Florian Picasso, who is a DJ and music producer. Noterman said more than 1,000 NFTs going on sale starting on Friday were in fact linked to Florian’s work, not that of his great-grandfather.

Jean-Jacques Neuer, a lawyer for the Picasso Administration –- which manages works held by five Picasso descendants, including Marina, and oversees the use of the Picasso name – contacted the AP on Thursday to say that it has not approved the sale of any “Picasso NFT” and that a NFT by Florian Picasso and his collaborators were “his own creation, independent of any claim vis-a-vis Pablo Picasso and his works.”

“The information given through the media by which the Picasso heirs would join into the market for ‘Pablo Picasso’ NFTs is thus completely wrong,” he wrote. Richard Malka, a lawyer for Diana Widmaier Picasso, another granddaughter of the artist, sent the same statement.

Neuer issued a “warning” that any association with a Picasso work would violate “artistic monopoly,” and any NFT billed as linked to such a work would be a “counterfeit.”

The Picasso Administration manages the holdings of three of Picasso’s children — Maya Widmaier Picasso, Claude Ruiz Picasso, and Paloma Ruiz Picasso — as well as two grandchildren: Marina Ruiz Picasso and Bernard Ruiz Picasso, the children of another son of the artist, the late Paul Picasso.

Together, the five are brought together in a legal structure that in essence confers joint ownership of Picasso intellectual property.

The lawyer said under the current structure, only Claude Ruiz Picasso — the administrator for the family — could authorize an NFT project, and he does not favor one.

“What’s happening is that some members of the family don’t agree with the project, and don’t want the name mentioned,” said Florian Picasso by phone late Thursday, referring to the family name.

Marina and Florian Picasso’s comments to the AP suggested they were looking to ride the wave of interest in NFTs, which have taken the art and financial worlds by storm.

NFTs are effectively digital certificates of authenticity that can be attached to digital art or pretty much anything that comes in digital form — audio files, video clips, animated stickers, even a news article read online.