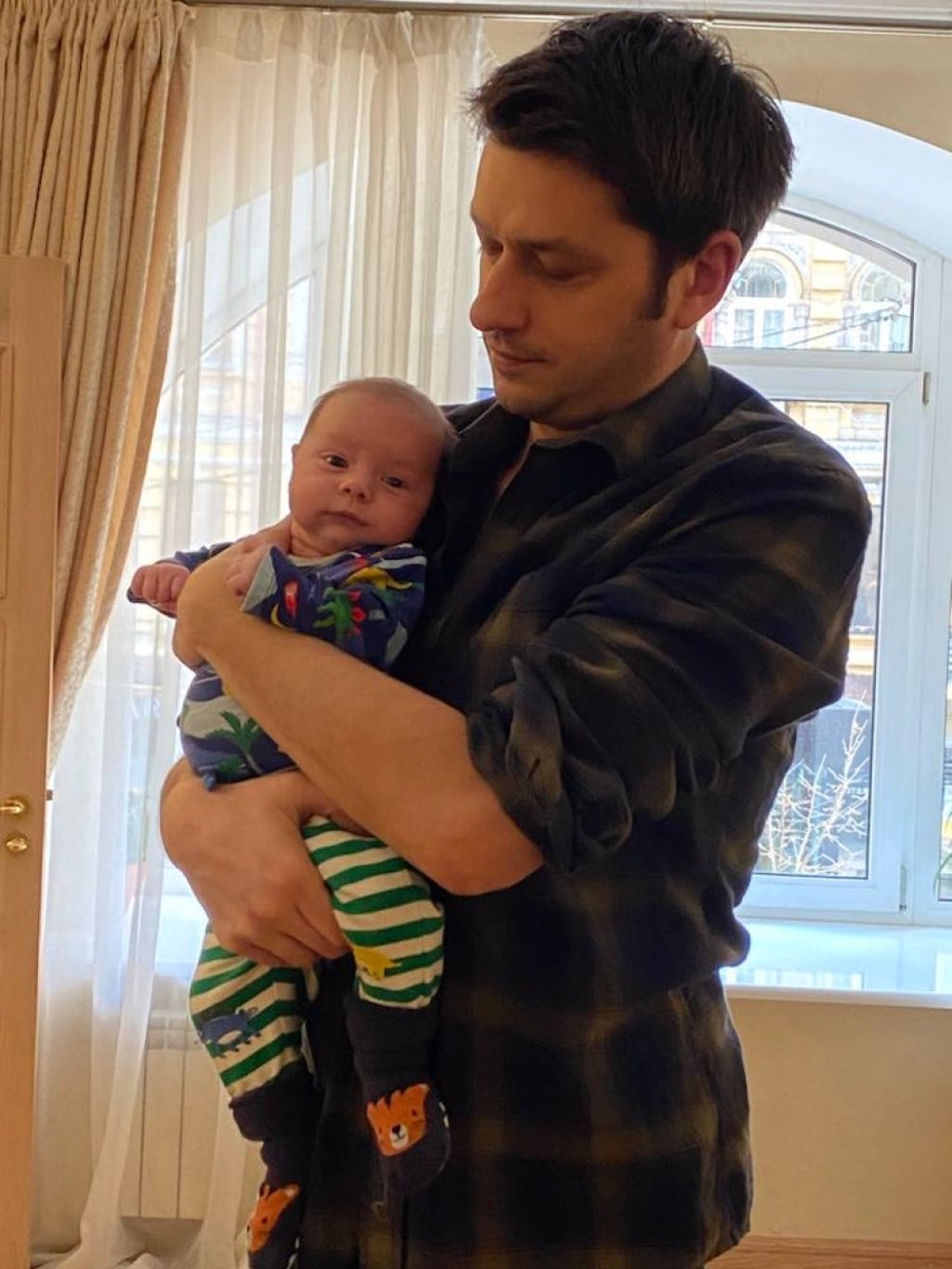 Families are facing anxious waits for Ukraine-born babies to be issued British passports as they look to flee amid the prospect of war.

Thousands of Britons are being urged to leave the country immediately over growing concerns that Russia could launch an invasion in the coming days, despite diplomatic efforts to avert war.

Ben Garratt, 40, and his wife, Alice live in Queen’s Park, north London, but moved to Kyiv in December where their son was born thanks to the “very different surrogacy laws” in Ukraine that allow for a swifter IVF and surrogacy process.

Mr Garratt, who works in stakeholder engagement at the London North Eastern Railway, said he and his wife are growing increasingly concerned after the Foreign Office updated its advice on Friday evening to encourage UK nationals to leave.

He told the PA news agency: “It does add to our worry, we’re thinking about basic things that we need to do to make sure that we’re ready to leave as soon as possible.

“If we take the advice at face value, it means the UK and also the US government are worried that Russian action is imminent – ​​that makes us want to get out.”

The couple, who were originally waiting on a British passport to be issued for baby Raphael, are now also trying to secure an emergency travel document.

“We’re essentially stuck in Ukraine until we can get the required British paperwork to allow our son, born here, to leave,” Mr Garratt said.

“When we first arrived, that meant getting him a British passport – but given the current situation, it means getting him an emergency travel document.

“It’s getting frustrating because we’re being told by the UK Government to leave the country… and we still don’t have the document we need.”

Mr Garratt is due to have an interview with the passport office in Kyiv next week to provide proof of his son’s British citizenship.

“They want to do a two-hour phone interview with me, but that’s not until Wednesday,” he said.

“It is bizarre, but I think it’s based around the normal assumption that the people applying for an emergency travel document, perhaps, are already definitely British and maybe they’ve just lost their passport somewhere, as opposed to being a newborn baby who needs to go through that process.”

Mr Garratt said much of their fears revolve around making sure they have ticked every box required on Raphael’s paperwork.

“The key individuals we’ve been talking to in the Government and outside the government have been really helpful and very reassuring, but it’s the bureaucratic processes that add concern and frustration.”

Daniel Williams, 45, who is originally from the Isle of Wight and now lives in Kyiv as a business investor, has a four-month-old daughter with his Ukrainian wife.

Mr Williams’ wife has a valid travel visa, but their baby does not yet have a British passport or a Ukrainian passport to get to the UK by commercial means.

“We are waiting on the UK Embassy to issue a passport for my daughter so we can follow their own ‘urgent’ advice,” Mr Williams said.

“Telling citizens to get out in 48 hours but then telling them to apply via the website for their passport (is) utter nonsense.

“It is ridiculous that the bureaucrats won’t actually do anything to help the citizens whose taxes pay their wages.”

He maintains that he and his family are ‘100% stuck’ in Ukraine until they can get a passport for their daughter.

“It is all on the so-called ’emergency’ issuance department,” Mr Williams explained.

“We are 100% stuck until we can get travel documents.”

Mr Williams also admitted to being frustrated about the process of getting their daughter a UK passport and added their plans “entirely depend” on getting a response from the passport office “other than a nonsense autoreply”.

A spokesperson for the Foreign, Commonwealth & Development Office said in a statement: “We are doing everything we can to support all British families with surrogacy arrangements in Ukraine at this time.

“Her Majesty’s Passport Office (HMPO) have sped up the process of issuing passports in Ukraine to support British families get the right documentation to allow them to return to the UK.”