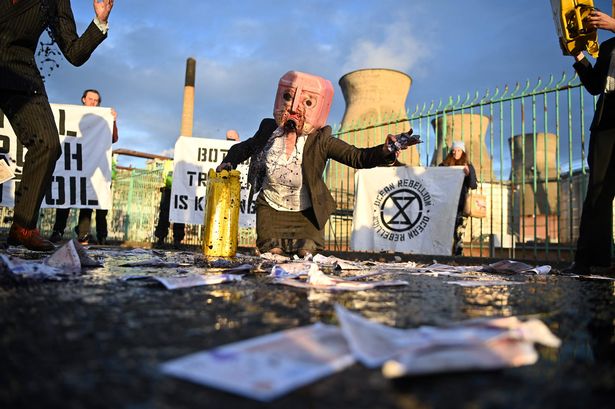 Falkirk is “running out of time” in its bid to combat the climate emergency, councilors have been told.

A report to Falkirk Council’s executive this week told councilors that “unless drastic change such as reducing the building stock and investing heavily in energy efficiency with the remaining buildings is implemented, we will fall significantly short of our required targets”.

And the report outlines the urgency of the situation, pointing out the shoreline on the Firth of Forth estuary would disappear if sea levels rose by up to 90 cm in 2100, as they are forecast to be if emissions are not curbed.

The council declared a Climate Emergency in 2019 but this week’s report showed that not enough progress has been made as councilors were urged to get behind a new climate emergency action plan.

Environment spokesperson, Councilor Paul Garner, said: “We are running out of time.

“Two years have passed since we declared a climate emergency and we have made very little progress in the hard-hitting areas that this report highlights.

“All services across the council must start to show how they will prioritize these reductions and work to outline projects which are innovative, ambitious and at pace.”

Director of Place, Malcolm Bennie, told councilors about the steps being taken to introduce carbon budgeting to the council, which has set itself a target of being net zero by 2030.

And he outlined the activities that are needed to reach that hugely ambitious target, such as replacing the council’s fleet with vehicles that use more sustainable fuel, including electric and hydrogen.

See also  Who will win Rangers vs Celtic? Our writers make their big game predictions ahead of crucial Ibrox showdown

A long-running strategic property review also includes where buildings – including all of the district’s schools – could be made more energy efficient.

Mr Bennie told councillors it was important to recognize that the plan was “uncosted” and each element would need brought forward for financial approval.

However, Conservative councilor Lynn Munro said members were being asked to agree to a climate emergency action plan for which there is no funding.

“What is the point of a brilliant plan if its not being properly funded?” she asked.

“As it stands, this is not a climate emergency plan – it is a very incomplete wish list whose goals we are unsure of and whose actions we still do not have the basic tools to measure.

Crucially, where is the funding from the Scottish Government?

Labor group leader Robert Bissett said he felt the report did not deal adequately with energy management and urged the council to establish a full review of energy consumption.

SNP Councillor Garner said that many of Cllr Bissett’s suggestions were already underpay but in principle they did not disagree.

The report also concluded that even with maximum effort to reduce emissions there would still need to be a focus on sequestration, to get to the Net Zero target.

Councilors all agreed to back plans to join forces with Stirling and Clackmannanshire councils to establish Forth Valley Forest, that would eventually lead to the Stirling side of Loch Lomond and Trossachs National Park.

In a bid to drastically increase the number of trees planted locally, the council will contribute £30,000 over the next two years – in line with the other two councils – to establish the project.

According to a ‘scorecard’ used by Climate Emergency UK to compare council action plans, Falkirk Council scored just 14 per cent, compared with Fife at 70 per cent and Stirling at 64 per cent.

The council said that the executive’s decision to implement the new climate plan would mean its ranking being substantially higher in any future survey.