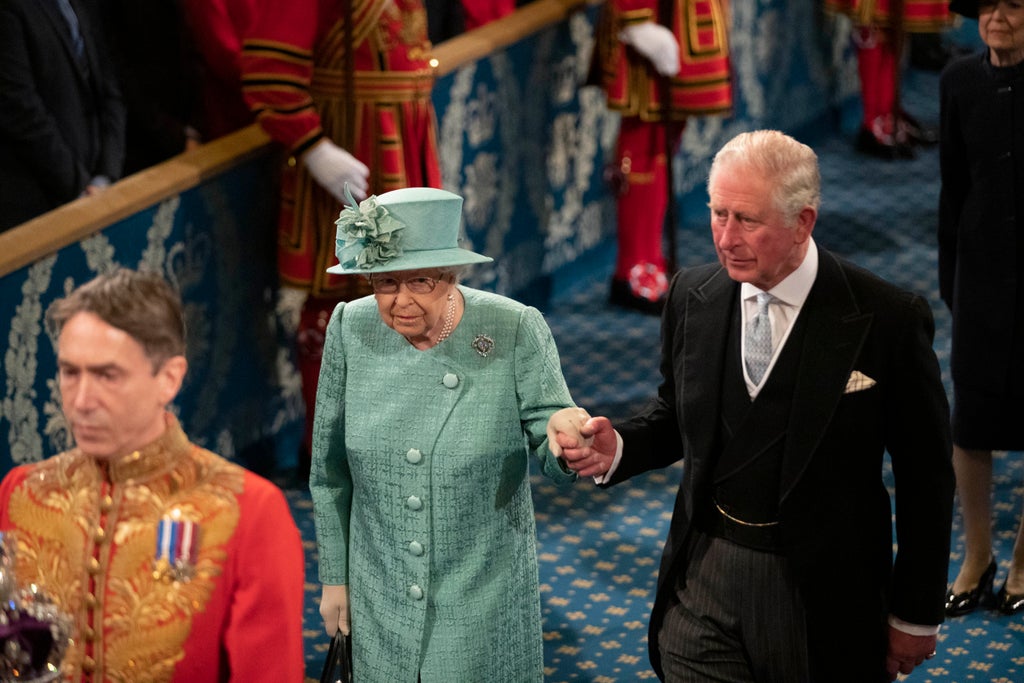 There is symbolism for Accession Day to fall on a Sunday. The 70th anniversary of the Queen’s accession to sovereignty falls today on the Christian holy day of the week, which is totally apt for someone who is serious about their faith. As she has done for almost every previous Sunday of her reign, the Queen is likely to be in Church.

Faith looks ready to take center stage in her Platinum Jubilee. There will be a service of thanksgiving at St Paul’s over the Jubilee weekend in early June. This weekend, the Archbishop of Canterbury joined the Cardinal, Chief Rabbi and leaders of nine religious groups in lighting lighthouses, another part of the celebrations backed by the Palace. Clerics are also likely to encourage their communities to plant trees and hold street parties.

The enthusiasm of religious leaders to embrace this year’s historic celebrations should come as no surprise, considering that the roots of the Jubilee are in the Bible. A Jubilee Year is proclaimed after seven cycles of seven years, when slaves are freed and debts cancelled. The British monarchy first appropriated the concept of 50 years for George III’s Golden Jubilee in 1809, and it has become milestones at 25, 50, 60 and now 70 years. The Queen is the first British monarch to celebrate four Jubilees and reach 70 years of a Platinum Jubilee.

Over the seven decades of Her Majesty’s reign, Britain has evolved from an overwhelmingly Christian society to a multi-religious one, while we have also seen a shift towards a more complex tapestry of secularism and beliefs.

When the Queen came to the throne in 1952, a third of the population thought that the monarchy had been ordained by God. Today, you’d be hard-pressed to find more than a handful of people who thought that was still the case. She has seen many changes and different religious leaders during her reign, including seven Popes, six Archbishops of Canterbury, and four Chief Rabbis.

The Queen is, of course, the head of the Church of England. This involves her addressing the Synod periodically, appointing bishops and holding audiences with the Archbishop of Canterbury. She has brilliantly reconciled this formal duty with her role as the leader of a multi-denominational nation. Recognition of the latter role was there at the beginning of her reign, when she became Patron of the oldest national interfaith organization, the Council of Christians and Jews, in 1952, but it has certainly grown over time.

During her Golden Jubilee in 2002, Her Majesty carried out engagements visiting religious communities throughout the country. This included visits to a Hindu temple in London, a mosque in Scunthorpe, and a Sikh temple in Leicester, which constituted the first domestic visits to any of these places of worship. Ten years later, his Diamond Jubilee featured a multi-faith reception at Lambeth Palace, where he extolled “the importance of faith in creating and sustaining communities across the UK”.

Multi-religious elements have continued and become more pronounced throughout his reign. Even his Christmas broadcasts, while traditionally based on his Christian faith and often quoting from the Bible, are increasingly acknowledging the diversity of religious communities.

Her Majesty’s broadcast in 2020, issued in the first year of the Covid-19 pandemic, acknowledged that religious festivals for different communities had been held on a reduced basis: “People of all religions have not been able to gather as they would like for your festivals. , like Passover, Passover, Eid and Vaisakhi.”

The Queen’s multi-religious work has also found expression through her role as Head of the Commonwealth, with a population of 2.4 billion in 54 countries. While his age will prevent him from traveling around the Commonwealth, as he did during his Silver Jubilee in 1977, this Jubilee is likely to draw prayers and participation from Britain’s various religious communities.

Zaki Cooper is an interfaith commentator and co-founder of Integra Group. Worked at Buckingham Palace on Diamond Jubilee strategic communications