Skip to content
Home News Facundo Rosas: The Federal Police commissioner during the Calderón government was arrested for the ‘Fast and Furious case’ 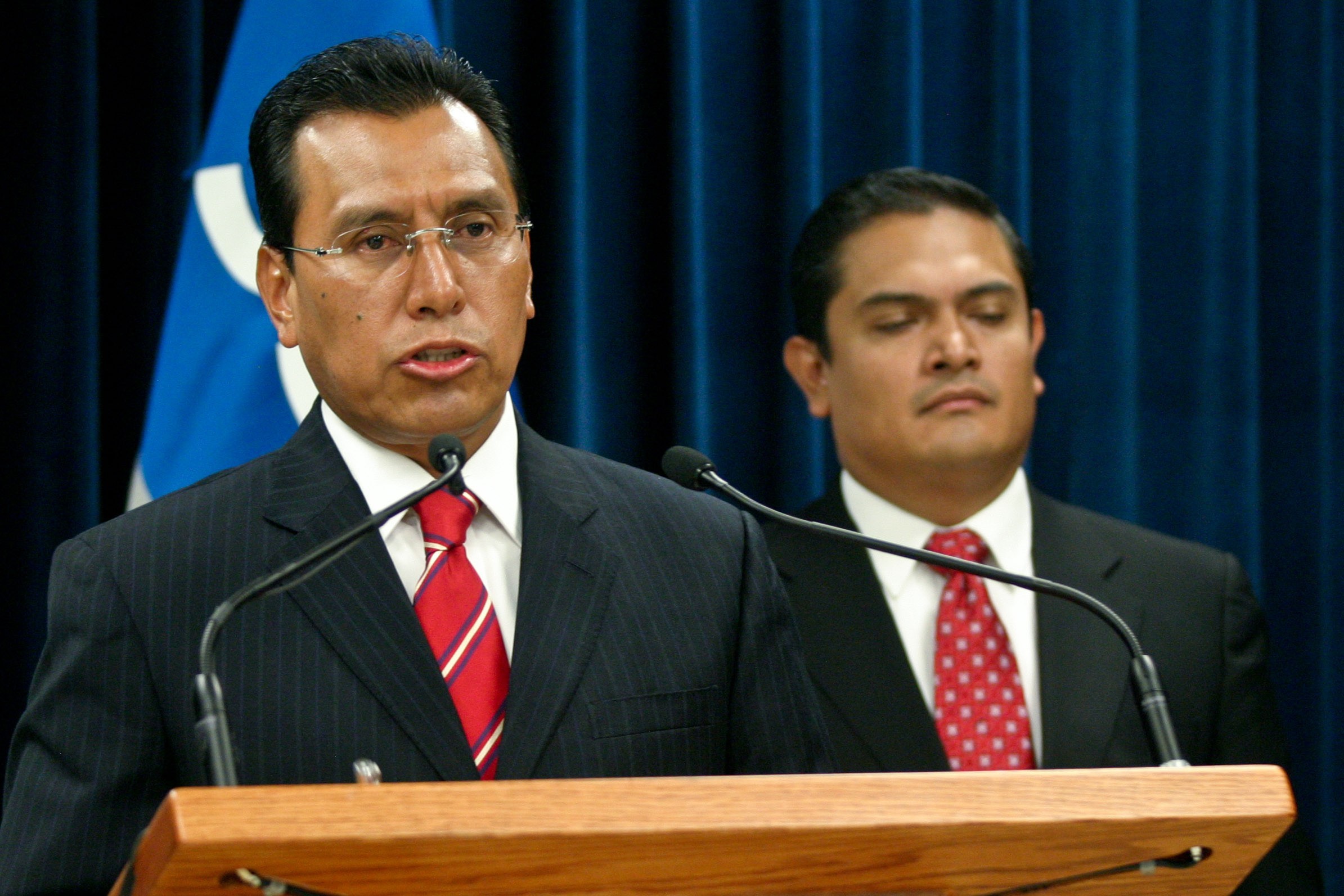 Federal authorities have arrested this Thursday the former commissioner of the Federal Police, Facundo Rosas, for the plot of arms trafficking in the fast and furious case. The arrest warrant against the former official during the PAN government Felipe Calderón was executed by members of the Secretary of the Navy and the Attorney General’s Office after this morning the former police commando ran over a woman with his car, causing her death in the Álvaro mayor’s office Obregon in Mexico City. Rosas, 56, was one of the closest collaborators of Genaro García Luna, who is now in prison in the United States for drug trafficking.

The accident that led to the arrest of Rosas was recorded this morning at the intersection of Avenida Insurgentes Sur and Eje 10 Sur Río de la Magdalena. Who was also Secretary of Public Security of the State of Puebla from 2013 to 2015 was driving a white luxury truck and after the incident he admitted to the road agents that he did not notice the woman’s presence and ran over her with her car. The victim was thrown a few meters and hit his head on the pavement. The paramedics who attended the scene confirmed her death due to head trauma.

After the incident, Rosas was transferred to the agent of the Public Ministry, in order to determine responsibilities, there the authorities realized that he had an arrest warrant against him for the case of arms trafficking in the fast and furious case. After he was insured for the crime of manslaughter, Rosas has been transferred to the Special Prosecutor for Organized Crime (FEMDO).

See also  US: Discrimination based on opioid treatment violates law

Earlier this year, a federal judge ordered his arrest for his involvement in the fast and furious case. Along with him, the capture of six more people – former government officials and drug lords – related to the controversial operation of illegal arms trafficking from the United States to Mexico was also requested. Among those mentioned are Genaro García Luna, Secretary of Public Security during the Government of Felipe Calderón (2006-2012); Luis Cárdenas Palomino, Intelligence Coordinator of the Federal Police during the same period; and the former leader of the Sinaloa Cartel, Joaquín El Chapo Guzman.

The Fast and Furious operation occurred between 2009 and 2011 when the United States Bureau of Alcohol, Tobacco, Firearms and Explosives (ATF) – with the permission of the Obama Administration, but without notifying Congress – allowed the departure of 2,500 weapons illegal to Mexico. The plan, which sought to trace the activities of the drug cartels through weapons, failed and the trace of the weapons was lost. In February 2011, one of them killed US Immigration and Customs Enforcement (ICE) agent Jaime Zapata in an attack in San Luis Potosí.

The Prosecutor’s Office has indicated that the then officials knew of this “absolutely illegal and inadmissible” operation and that Guzmán Loera was the leader of the main organization that received the weapons. “It was established that these weapons were not only illegally introduced into the country, but that they have also been used in various criminal acts, which have already been investigated and prosecuted in Mexico,” explains the Prosecutor’s Office in a statement. El Chapo is in a maximum security prison in Colorado (USA) serving a life sentence for drug trafficking; García Luna is awaiting trial against him in New York for his complicity with the drug cartels; Cárdenas Palomino was arrested in July 2021 and sent to the Altiplano prison, in Almoloya de Juárez, accused of torture in the Florence Cassez case.