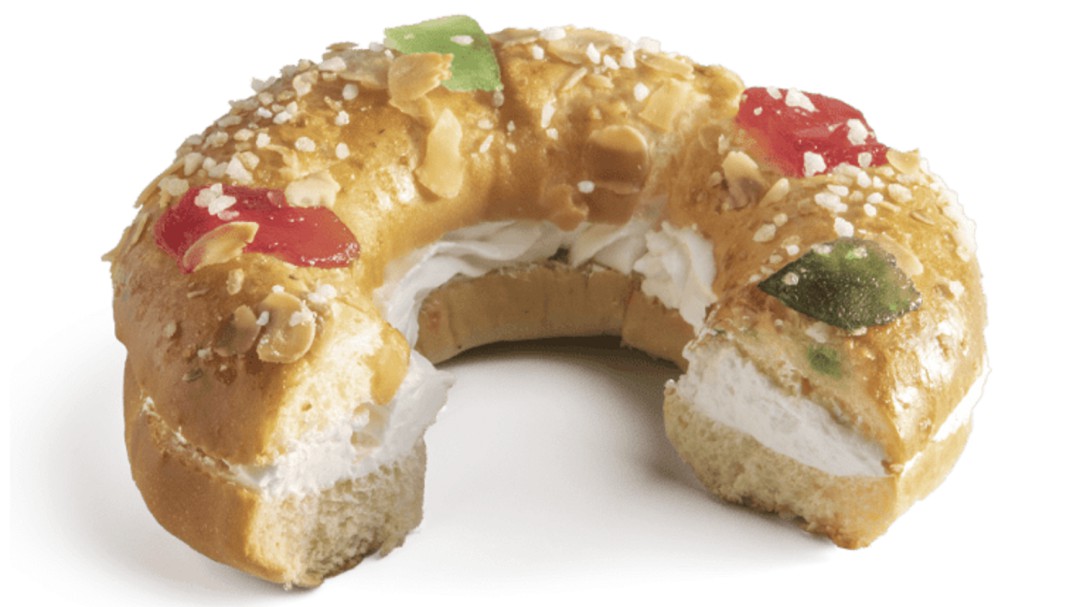 FACUA-Consumidores en Acción has denounced two manufacturers and three supermarket chains for the sale of roscones de Reyes that are fraudulently presented as cream fillings, when in fact they contain other substances. According to a statement released by the organization, “they incur misleading advertising and the violation of European regulations on labeling.”

Three of the supermarkets denounced by FACUA (Aldi, Lidl and Dia) resort to the “misleading claim of putting up posters in their establishments” to present roscones as filled with cream whose labeling indicates otherwise.

The Andalusian chain MAS, for its part, sells a roscón made for these supermarkets by the Zampabollos company, which is presented as “deep-frozen roscón filled with cream.” According to its ingredient list, however, it is actually a mixture of cream and palm kernel fat.

The other manufacturer denounced is Aserceli, whose roscón is sold in chains such as Carrefour, El Corte Inglés and Hipercor, indicating on the box – and in fairly large letters – that it is filled with “cream”. The labeling, on the other hand, reveals that it is cream mixed with a preparation of palm and palm kernel fats.

If the packaging of the roscón de Reyes says “cream flavor” or “filling”, it is not cream. But beware that sometimes they are advertised as “cream” and it is false. In @facua We have denounced two manufacturers (Aserceli and Zampabollos) and three supermarket chains (Aldi, Lidl and Dia). pic.twitter.com/OwRUvDIifl

FACUA has reported that the complaints have been filed with the Ministry of Consumer Affairs and various autonomous consumer protection authorities. The communities, according to the statement, can open disciplinary proceedings against companies for failing to comply with the Unfair Competition Law and Regulation (EU) 1169/2011 on food information that must be provided to the consumer.

“Different commercial surfaces sell roscones de Reyes that do not meet the requirements to be advertised as filled with cream by simply using the expression ‘Roscón de Reyes’, without explaining what their filling is, which is relegated to the labeling that breaks down their ingredients. Others have resorted to it. to use the expression ‘Sabor Nata’ in large characters, “says FACUA.

However, the denounced chains have resorted to the trick of placing posters next to them where they deceptively present them as if they were completely filled with cream, which implies a misleading advertising practice, which Law 3/1991, of January 10, of Unfair Competition defines in its article 5 as “any conduct that contains false information or information that, even being truthful, by its content or presentation induces or may mislead the recipients, being capable of altering their economic behavior”.

On the other hand, article 22 of Regulation (EU) 1169/2011 establishes that the quantity of an ingredient in the preparation or manufacture of a food must be indicated when “it appears in the name of the food or the consumer normally associates it with said name. “,” stands out in the labeling by means of words, images or graphic representation “or” is essential to define a food and to distinguish it from those that could be confused because of its name or appearance “.

In this same sense, the Spanish Agency for Food Safety and Nutrition (Aesan), belonging to the Ministry of Consumption, has spoken when asked in this regard by FACUA. In its answer, it points out that “the cream-based fatty preparation is a compound ingredient that is essential to distinguish the food from the products with which it could be confused based on its name or appearance, such as cream”, for what “may use the name ‘Roscón de Reyes de / con nata’ only those in which all the filling is cream”.

For all these reasons, FACUA has urged the Ministry of Consumer Affairs and the different consumer protection authorities to investigate the facts and initiate the corresponding disciplinary proceedings and make public the measures they adopt.