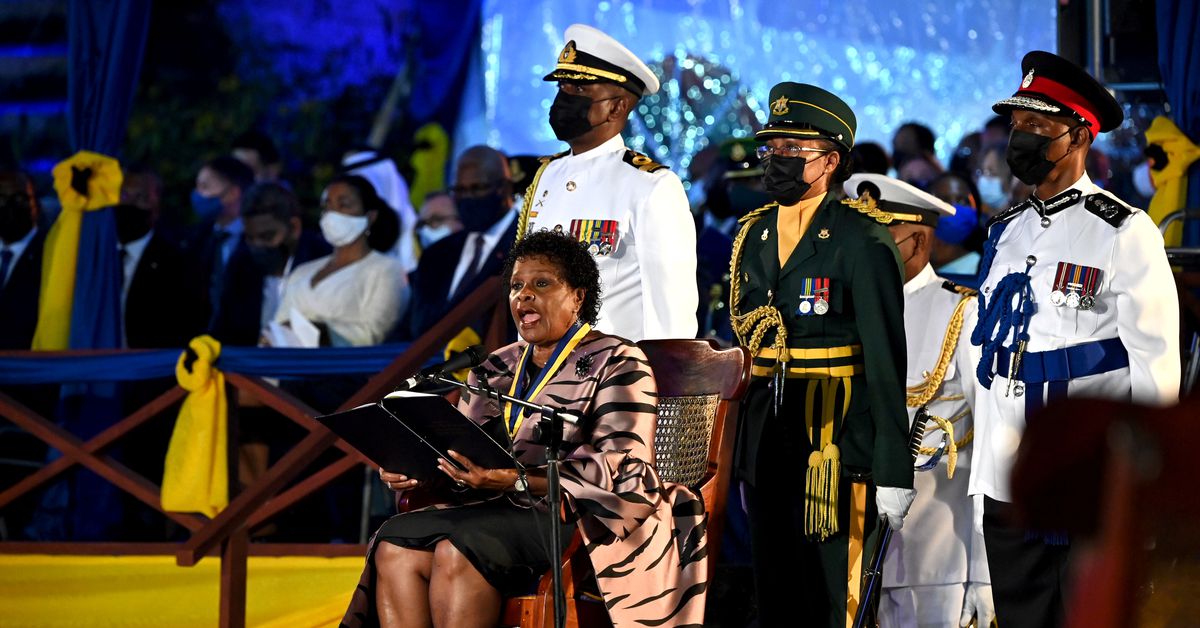 Dec 1 (Reuters) – As Barbados dropped Britain’s Queen Elizabeth as head of state, campaigners on the Caribbean island that received 600,000 enslaved Africans between 1627 and 1833 renewed their campaign for reparations.

Reparations are compensation, usually financial, sought as redress for slavery. When Black slaves in the United States were freed after the Civil War, their families were promised up to 40 acres of land to help them survive economically. That promise was not kept.

Over the years, reparations have been sought in the form of financial payments to the descendants of slaves, commitments to fund initiatives to help address economic disadvantages suffered by people of colour in Western nations, and aid and debt forgiveness to African nations from which slaves were taken over the centuries.

The amount of money sought has at times been linked to an estimation of the unpaid labour provided by slaves, the damage done to African or Caribbean economies by slavery, and the gaps in wealth between Blacks and the rest of the population in the United States. Some parties have sought governmental payments to support repatriation programs for descendants of slaves who wish to move to Africa.

WHO IS CALLING FOR REPARATIONS?

Over the past half-century, calls for reparations have come from U.S. Black political leaders including Jesse Jackson, many non-governmental organizations, religious groups including the Nation of Islam in the United States, Caricom, a grouping of Caribbean states, and nations including Nigeria. Individuals who said they were descendants of slaves have also initiated legal proceedings in the United States seeking reparations.

Most focus has been on governments paying. However, lawsuits and public pressure have been brought to bear against companies including the now collapsed investment bank Lehman Brothers, insurer Aetna Inc and tobacco firm R.J. Reynolds, saying they or their corporate ancestors benefited from slavery.

Reparations have on occasion been sought from individuals. Richard Drax, a Conservative member of the British parliament, owns a large property in Barbados, Drax Hall Estate, where his ancestors began cultivating sugar cane – using slave labour – from around 1640. Groups in Britain and Barbados have called on Drax to donate the property to Barbadians. He has refused.

Campaigners in Barbados called this week on the British royal family to pay reparations. Caricom has previously called on Britain and other European governments to make restitution.

Britain paid compensation to the owners of slaves after slavery was banned in its Caribbean territories in 1834, but while it casts slavery as a sin of the past, it has not initiated a formal reparations programme for slaves.

The United States did not fulfill the promise of Union General William Sherman after the defeat of the U.S. South in the 1860s Civil War to give land to freed slaves.

Legal claims in U.S. courts against companies have failed, although after JPMorgan Chase & Co. admitted to having accepted slaves as collateral, the major investment bank set up a scholarship programme for Black students.

The Lloyd’s of London insurance market, which was unsuccessfully sued for arranging insurance for slave ships two centuries ago, pledged in 2020 to fund opportunities for Black and ethnic minority people.