Team news and how to follow on Sky Sports ahead of a bumper weekend of FA Cup fourth-round action.

teamnews: Ralf Rangnick revealed Man Utd attacker Jesse Lingard is unavailable for Friday’s FA Cup fourth-round tie against Middlesbrough so he can “clear up his mind”, but the 29-year-old says his “headspace is clear”.

Mason Greenwood, who was arrested on Sunday on suspicion of the rape and assault of a woman, has been released on bail pending further investigation and remains suspended by United. Paul Pogba may be in line to play for the first time since November, with the France international recently having returned to training following a thigh injury. Rangnick also hopes to be able to select Aaron Wan-Bissaka (illness) and Luke Shaw (injury).

Edinson Cavani will not feature due to his recent involvement for Uruguay, while Victor Lindelof (illness) and Eric Bailly (ankle) remain out.

Riley McGree tested positive for Covid-19 while on international duty for Australia so his Middlesbrough debut will be delayed.

Sammy Ameobi, Darnell Fisher and Marc Bola remain on the sidelines for Chris Wilder’s side.

On-loan Arsenal striker Folarin Balogun could be in line for his first start.

teamnews: Ruben Loftus-Cheek will miss Chelsea’s FA Cup clash due to a knock, while Christian Pulisic and Thiago Silva are unavailable after international duty. Reece James will miss out due to his continued hamstring troubles.

However, Brazilian full-back Kenedy is back with the Blues with a chance to impress after they were unable to bring Emerson Palmieri back from his loan at Lyon.

David Moyes says the club were not able to bring in the players they wanted in January, despite their best efforts

teamnews: Ethan Freemantle has a race to be fit for Kidderminster after suffering a hamstring problem. The non-league side are expected to name their XI for the visit of their Premier League strongest opponents.

The game will bring back memories of the club’s memorable run to the fifth round in 1994 which West Ham ended with a 1-0 win at Aggborough. A crowd of 8,000 awaited the Londoners on that occasion and defending Caleb Richards knows another special atmosphere will be in store.

He said: “If the fans can sing: ‘Kiddy are massive everywhere we go’ that does give us a boost.

“It gets loud at Aggborough and it will affect West Ham. They will be just as nervous as us really because they don’t want to be on the end of an upset.”

Michail Antonio is a doubt for West Ham due to his international commitments with Jamaica. The West Ham striker is not due back in the country until 11pm on Friday night. Saïd Benrahma is available again after representing Algeria at the Africa Cup of Nations in Cameroon.

David Moyes is planning to play a strong team. “I think you can see what we did against Leeds United – we were very strong,” he said.

“Our players are well rested, and we do have a Premier League game in midweek so that has to come into consideration.”

The England striker is out with a sustained knock in the loss to Aston Villa a fortnight ago while new signings Dele Alli and Donny Van de Beek are both cup-tied.

Centre-back Yerry Mina is in contention again after he returned from international duty with Colombia this week.

Brentford could welcome back first-choice goalkeeper David Raya for the trip to Merseyside.

The Spaniard has not played since he suffered a knee injury in October but featured in a friendly earlier in the week and will be assessed by boss Thomas Frank.

Deadline day signing Christian Eriksen is not in contention and will only train with his new team-mates for the first time on Monday.

Josh DaSilva (hip) has built up his fitness in recent friendly fixtures and may be part of the squad while Rico Henry and Mathias Jensen are available despite a nasty clash of heads during Brentford’s loss to Wolves. Julian Jeanvier (knee), Mathias Jorgensen (thigh) and Tariq Fosu (hamstring) are still absent. 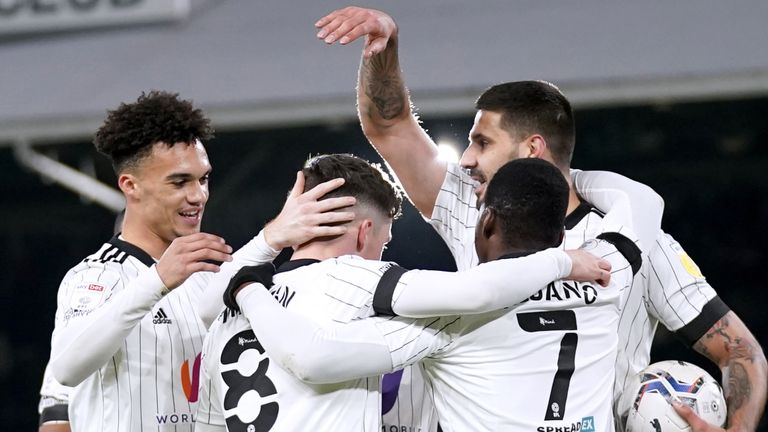 teamnews: Manchester City will be without forward Gabriel Jesus. The Brazil striker suffered a knock while on international duty and will sit out the clash at the Etihad Stadium.

Youngster Cole Palmer remains on the sidelines with the injury sustained in the last round at Swindon. Pep Guardiola otherwise has a fully-fit squad with winger Riyad Mahrez back from the Africa Cup of Nations.

Antonee Robinson and Bobby Decordova-Reid, however, will be rested after their involvement in World Cup qualifiers.

The Cottagers could hand a debut to Wales full-back Neco Williams following his loan move from Liverpool this week. Marco Silva has confirmed goalkeeper Paulo Gazzaniga will play.

New Tottenham signings Dejan Kulusevski and Rodrigo Bentancur will be involved against Brighton. The duo arrived from Juventus on Deadline Day and will be in the squad, but Dele Alli, Giovani Lo Celso, Tanguy Ndombele and Bryan Gil have all left the club.

Heung-Min Son is fit after a muscle problem while Cristian Romero is also fit again following a hamstring injury which kept him out since November.

Brighton will be boosted by the return of Yves Bissouma. The midfielder has not played for Albion since the Premier League win at Everton on January 2 but he is back from the Africa Cup of Nations.

Lewis Dunk (knee) and Shane Duffy (ankle) make a timely return to contention, following Dan Burn’s departure to Newcastle, and one of them will likely come in to partner Adam Webster in central defence.

Adam Lallana (hamstring) may also be back in contention but Enock Mwepu’s hamstring problem will definitely keep him out. Alexis Mac Allister will be absent too after testing positive for Covid-19 while away with Argentina for their recent World Cup qualifiers. 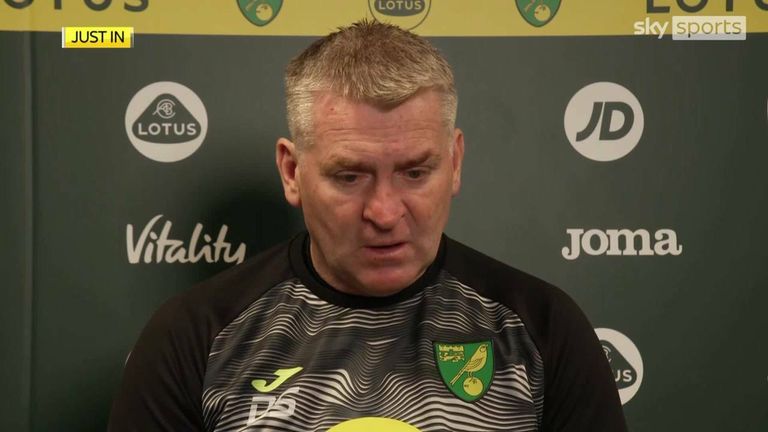 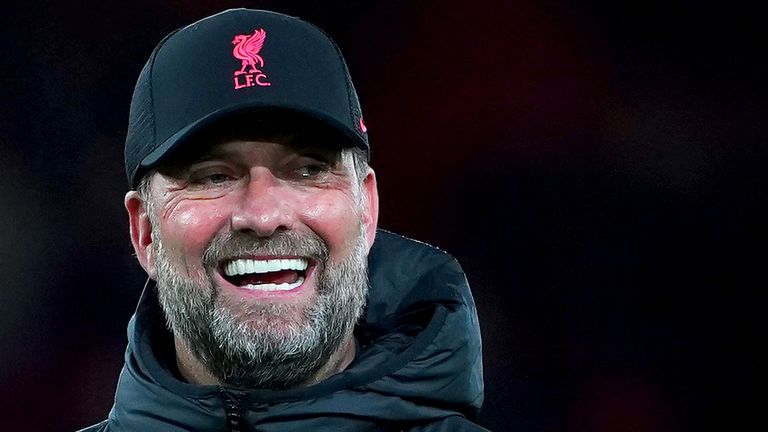 teamnews: New signing Luis Diaz could be a late addition to Liverpool’s squad. The Colombia international was still in Paris on Friday awaiting his visa, which means he is unlikely to meet his new team-mates until the weekend at the earliest.

Harvey Elliott will make his first appearance since September after an ankle fracture dislocation. Thiago Alcantara was expected to return to training on Friday after a chest infection, having fully recovered from a hip injury which has sidelined him for six weeks.

Cardiff captain Sean Morrison was injured in Wednesday’s Sky Bet Championship win at Barnsley and is set to miss out.

Max Watters and loan trio Alfie Doughty, Cody Drameh and Uche Ikpeazu have all played for other clubs in this season’s competition and are unavailable.

Steve Morrison has promised to reward several of his youngsters with a starting role at Anfield and Isaak Davies, Joel Bagan, Mark Harris and Rubin Colwill are in line to be promoted.

Teamnews: Leicester defender Wesley Fofana could make his long-awaited return from a serious leg injury this month. He has not played a single game this campaign after suffering a broken leg and ankle ligament damage in the club’s final pre-season match against Villarreal.

Wilfred Ndidi and Kelechi Iheanacho are available again after their Africa Cup of Nations campaigns ended, but Nampalys Mendy is still out in Cameroon with his Senegal side set to contest the final this weekend.

teamnews: Bournemouth could hand out a plethora of debuts to deadline day signings as they host National League side Boreham Wood in the fourth round of the FA Cup.

Fellow recent arrival Siriki Dembele is cup-tied having already turned out in the competition for former club Peterborough.

Gary Cahill will sit out the match after the former England defender was sent off in the 1-0 win at Barnsley last weekend.

Boreham Wood will be aiming for another cup shock having beaten League One AFC Wimbledon to reach round four for the first time in their history.

Luke Garrard’s side are also in the midst of a promotion push and he could hand a debut to new signing Connor Stevens from Wealdstone.

The Wood may be without a couple of key players at the Vitality Stadium, with skipper Mark Ricketts having a painkilling injection in the hope of being fit.

Jamal Fyfield is also a doubt with a hamstring issue.