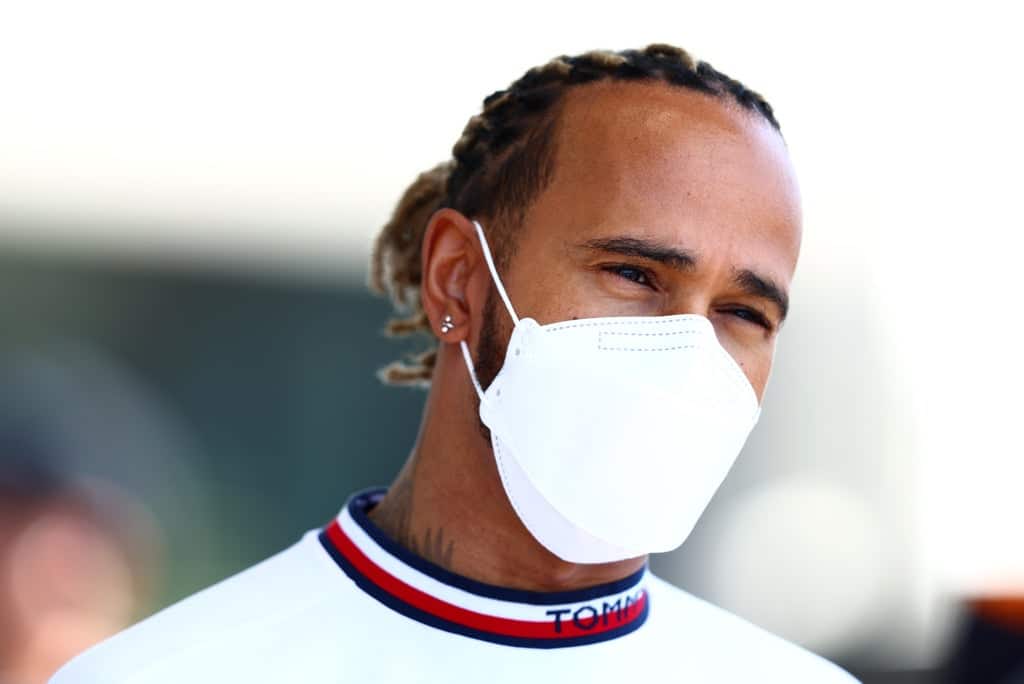 Follow all the latest updates as practice gets underway on Friday ahead of the Saudi Arabian Grand Prix.

Mercedes will desperately be hoping to see an improvement in their car this week after severely lacking pace compared to Ferrari and Red Bull in Bahrain. Team principal Toto Wolff claimed his engineers would “take a chainsaw” to the rear wings of their cars as Lewis Hamilton hopes to avoid losing early ground in the championship. The seven-time world champion avoided that fate somewhat fortuitously in Bahrain as Max Verstappen and Sergio Perez were both forced to retire with less than two laps remaining due to an issue with Red Bull’s fueling systems.

After the glory of a one-two finish, Ferrari will be hoping to maintain the form that saw Charles Leclerc win the opening race of the season. Haas, who lagged at the back of the grid for so long last year, will be looking to prove Kevin Magnussen’s fifth-place finish was no fluke, while McLaren will pray their frantic search for a solution to their cars’ downforce issue bears fruit. To what degree all the teams’ tinkering has been a success will start to be revealed over the course of two practice sessions today, although it still remains to be seen if Sebastian Vettel will take part after missing the Bahrain GP due to Covid.

Follow all the F1 news and updates from practice ahead of the Saudi GP below:

Max Verstappen leads the field in these early laps with a quickest lap time of 1:34.167 on hard tyres. Lewis Hamilton is out on track too and has just put in a lap time of 1:35.711.

Here we go then. The start of the Saudi Arabian Grand Prix weekend. Alpine’s Fernando Alonso and Esteban Ocon come out onto the track first up with Zhou Guanyu also heading out for Alpha Romeo.

Formula One is back in Jeddah this weekend for the second round of the new campaign following the country’s debut appearance in December.

Speaking ahead of last year’s race, seven-time world champion Hamilton said: “Do I feel comfortable here? I wouldn’t say I do.”

On Friday, human rights’ group, Reprieve, said a further 16 people have been killed since the mass execution of 81 men on March 12.

The United Nations’ High Commissioner for Human Rights, claimed more than half of the 81 were killed for taking part in pro-democracy protests.

“My position is still the same as last year,” said Hamilton, 37. “It is obviously mind-blowing to hear the stories.”

The second grand prix weekend of the Formula 1 season starts today with two rounds of practice at the Jeddah Corniche Circuit in Saudi Arabia. Here’s what’s in store today:

Russell came aboard the Mercedes team this season and recorded a fourth-place finish in Bahrain last weekend at his first grand prix under Wolff. When asked by Sport Bild who the most talented current drivers are, the boss replied: “[Lewis] Hamilton, George Russell and Max Verstappen. In that order.”

As the 2021 Abu Dhabi Grand Prix meandered towards a seemingly anticlimactic finish, photographer Mark Thompson watched on from a deflated Red Bull garage anticipating an early night. “With 15 minutes to go I was in the garage thinking ‘we’re not going to win this’,” he remembers. “You’re almost in neutral, you’re thinking this is an early night, that’s the way it goes. Then bang! All of a sudden we were winning and everything went mental. It went absolutely crazy.”

Thompson is no stranger to the chaos of F1 having photographed every grand prix for 24 years (“which is either really cool or really sad,” he says, “whichever way you look at it”) before Covid ended his streak. A colorful career for Getty Images has entailed uncompromising drivers, blagging his way on to hotel balconies in Monaco for the perfect shot and partying for two days straight when Red Bull won their first championship. But even for someone who has seen F1 from every angle in every light, in all hours of the day in all corners of the globe, Este race through the eyes of Este team was utterly, uniquely breathtaking.

The FIA ​​have revealed the changes made to the controversial high-speed speed circuit at the Saudi Arabian Grand Prix ahead of this weekend’s race following criticism from drivers over the safety of the track.

Last season’s inaugural race at the Jeddah Corniche Circuit saw two red flags and a number of high-speed crashes, with drivers highlighting the danger of blind corners and the narrowness of the barriers.

While the track was a hit with many drivers due to its speed and difficulty, George Russell, the representative of the F1 drivers union, said the circuit was “lacking a lot from a safety perspective”.

Formula One returns to Jeddah this weekend for the second race of the season, after the Saudi Arabian Grand Prix moved up the 2022 calendar, and Niels Wittich, the FIA’s race director, has confirmed the changes that have been made.

Race organizers said minor tweaks had been made at several corners, including Turns 2, 3, 14 and 21, to improve visibility with the barriers moved back by around 1.5 meters to reveal more of the corner upon entry.

Max Verstappen has explained the difficulty he experienced in Bahrain after his second pit stop saw his Red Bull mechanics drop the RB18 car to the ground too quickly, causing a track rod to bend.

“The steering issue was not easy to drive [around] because of not having a feeling of what the car was doing because it was not natural,” explained Verstappen.

“You can lose power and it is just heavy but this was almost stuck in places so it was really difficult to drive.

“Of course, the big problem was what happened afterwards where it looked like there was no fuel coming to the engine and basically everything just turned off so I rolled back into the pit lane.”

What time is Saudi Arabia Grand Prix practice and how can I watch it?

In what was the penultimate race of the thrilling 2021 campaign, Hamilton moved level on points with Verstappen but only after he accused his title rival of “brake-testing” as they clashed on the track.

It also came after Verstappen crashed in qualifying as he closed in on pole position, so there are set to be plenty more twists and turns as Formula One returns to the fastest street circuit on the calendar.

Ferrari are the team to beat after last week’s sensational one-two at the season-opening Bahrain Grand Prix and Mercedes will be aiming to see an improvement in their performance following their early struggles.

We should get some early clues as the opening practice sessions take place in Jeddah today ahead of this weekend’s Grand Prix. Here’s everything you need to know: