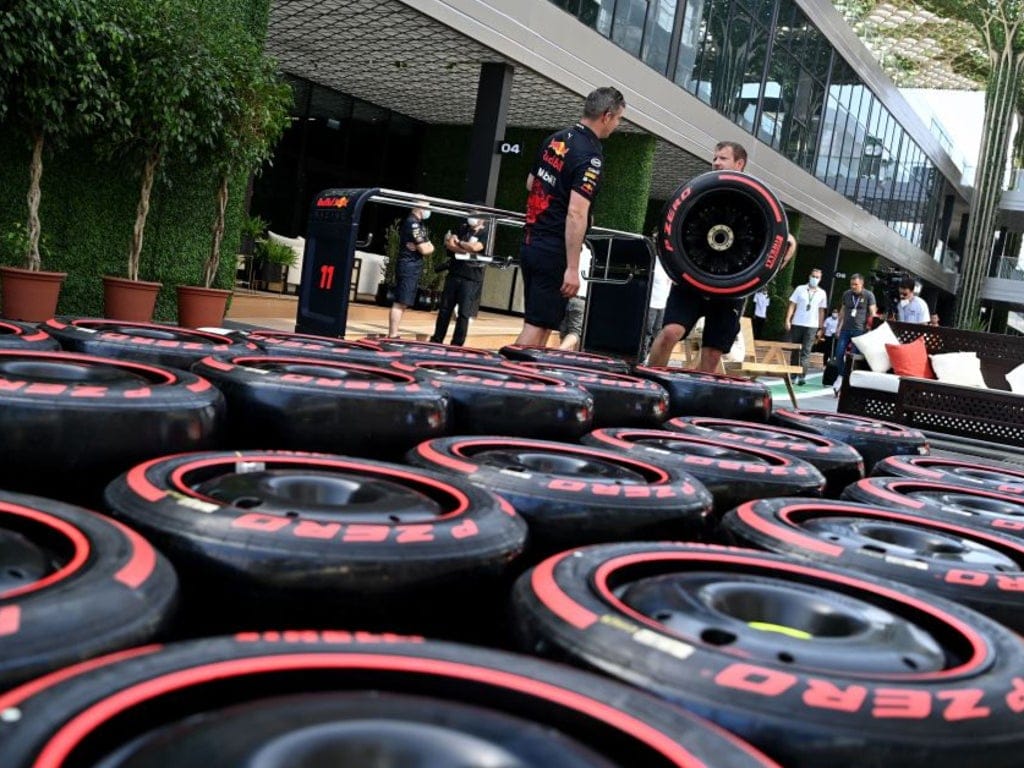 Follow all the latest updates as practice gets underway on Friday ahead of the Saudi Arabian Grand Prix.

Mercedes will desperately be hoping to see an improvement in their car this week after severely lacking pace compared to Ferrari and Red Bull in Bahrain. Team principal Toto Wolff claimed his engineers would “take a chainsaw” to the rear wings of their cars as Lewis Hamilton hopes to avoid losing early ground in the championship. The seven-time world champion avoided that fate somewhat fortuitously in Bahrain as Max Verstappen and Sergio Perez were both forced to retire with less than two laps remaining due to an issue with Red Bull’s fueling systems.

After the glory of a one-two finish, Ferrari will be hoping to maintain the form that saw Charles Leclerc win the opening race of the season. Haas, who lagged at the back of the grid for so long last year, will be looking to prove Kevin Magnussen’s fifth-place finish was no fluke, while McLaren will pray their frantic search for a solution to their cars’ downforce issue bears fruit. To what degree all the teams’ tinkering has been a success will start to be revealed over the course of two practice sessions today, although it still remains to be seen if Sebastian Vettel will take part after missing the Bahrain GP due to Covid.

Follow all the F1 news and updates from practice ahead of the Saudi GP below:

Carlos Sainz has been discussing Ferrari’s plan for possible team orders if one of their drivers is competing for the Formula 1 world championship later in the season.

The Spaniard and team-mate Charles Leclerc are driving what seems to be the fastest car on the grid right now, and the Monegasque took victory with Sainz in second at the season opening Bahrain Grand Prix last weekend.

Former McLaren driver Sainz says either team-mate will help the other if one is competing for the title, but that the ideal is for both to battling one another for glory.

“The team will allow us to compete and race each other,” Scuderiafans quotes Sainz as having told Spanish radio show The Great Match of COPE.

“Obviously, if one of us stands out and gains a lead in the standings, the other one will help during the World Championship fight. It happens in all teams. What matters is taking part in the battle. The ideal situation would be to compete for the title between us without having the pressure of other teams.”

“With 15 minutes to go I was in the garage thinking ‘we’re not going to win this’,” he remembers. “You’re almost in neutral, you’re thinking this is an early night, that’s the way it goes. Then bang! All of a sudden we were winning and everything went mental. It went absolutely crazy.”

See also  Gas stations raised their prices after the government bonus, according to Esade

Thompson is no stranger to the chaos of F1 having photographed every grand prix for 24 years (“which is either really cool or really sad,” he says, “whichever way you look at it”) before Covid ended his streak.

You can read the full behind-the-scenes interview with Mark here:

Sky F1 pundit Anthony Davidson says that Max Verstappen may have to alter his approach to battling Charles Leclerc if the pair end up contesting the world drivers’ championship.

The Red Bull driver squabbled for the lead with the Ferrari man at Sakhir last Sunday in a thrilling tussle after the first round of pitstops, successfully making the overtake twice into Turn 1 before being re-passed on entry to Turn 4.

“Max is going to have to rethink how he races him, I think, going forward from here – it is going to be interesting,” Davidson said. “I think Charles, every time he is with Max now, treats him differently -than when they first battled for race wins in 2019]and that’s what I immediately saw come into play in Bahrain.”

Sky Sports F1 commentator Martin Brundle believes Lewis Hamilton could walk away from the sport at the end of the year if Mercedes are unable to catch frontrunners Ferrari and Red Bull.

See also  Covid-19: Mexico starts the booster vaccination for teachers while millions of students give up attending face-to-face classes

Despite Hamilton taking a podium in Bahrain last Sunday, Mercedes’ W13 challenger for 2022 is not yet as fast as the machinery developed by their biggest rivals.

“As long as [Hamilton] still has the motivation to get in the gym and to get on a plane… the hours of debriefing afterwards and the hours of media, talking to the likes of me – that’s what the drivers hate, basically. They just want to drive racing cars,” the commentator told foxsports.com.au.

“As long as he’s still enjoying the bits around F1 or he can tolerate those bits around F1 and balance it out with just loving driving the car, [he’ll stay]. [But] if he goes through the whole year and Mercedes are third fastest and others are catching them up, then I suspect he’ll take a different view and my enjoyment analogy will play out in that he won’t be enjoying it anymore.”