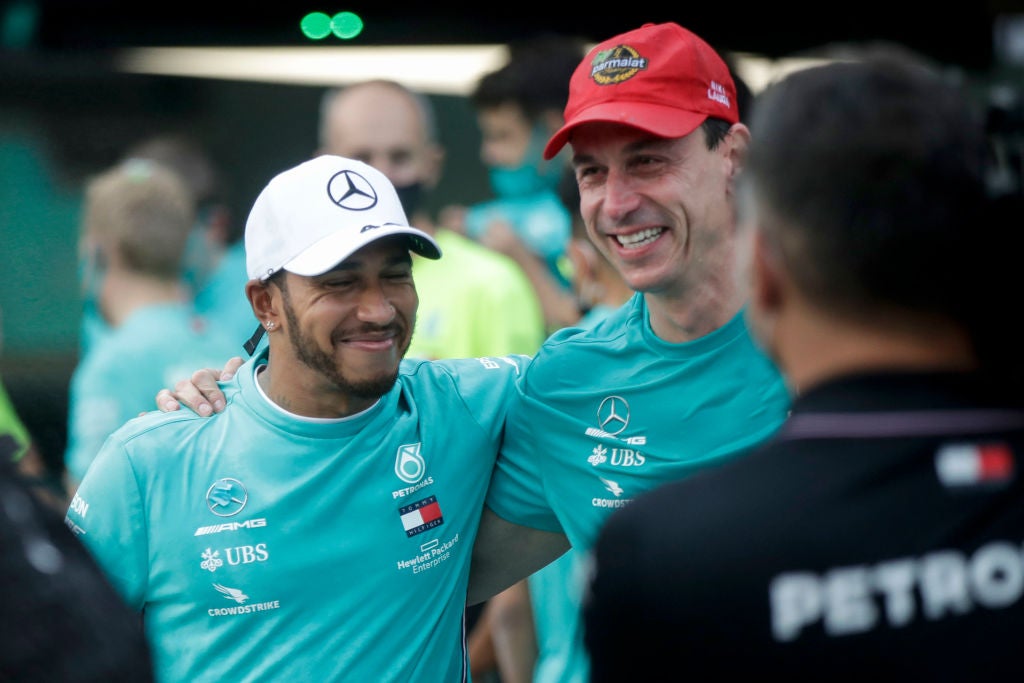 Lewis Hamilton’s return to social media for the first time since the 2021 F1 season finale, in a team promo video for the Chinese New Year, has fans speculating that the British racer will also return to the grid for next season – calming some fears of retirement . Now it’s the turn of his new team-mate to be in the spotlight, with George Russell joining Mercedes for this year – and Red Bull advisor Helmut Marko questioning whether he really has the race pace to cope at the highest level.

For Red Bull themselves, their No1 driver and reigning world champion Max Verstappen faced rumors of an exit earlier in the week, amid claims he could jump ship to rival Mercedes. Red Bull of course denied as much, suggesting too much had happened between the teams for that to be feasible. All teams are now gearing up for the new campaign in their new cars, with more testing to come in the weeks ahead.

Here’s the very latest news as the new season prepares for the opening weekend in Bahrain on 20 March. Follow all the F1 news updates below:

Mercedes’ technical director Mike Elliot has admitted the Brackley-based squad faces a “big challenge” in the wind tunnel over pre-season.

Finishing first in last season’s constructors’ championship means Mercedes has is permitted less time in the wind tunnel to test their new car than any other team in the sport, as F1 allows teams more aerodynamics testing time the lower down the other they finish in an effort to narrow the spread of the field.

“The big challenge over the winter has been the fact we have fewer runs to use in the wind tunnel,” Elliott said in a video released on Mercedes’ website. “So that has been challenging, trying to work out how much we should have spent on last year’s car versus how much we should have spent on this year’s car. This had knock-on consequences all the way through the factory. In terms of design work, we start design work earlier on things like gearbox and chassis, particularly as the gearbox is fixed for a period of time. We have had to get that right.”

“A lot of optimism” about Ferrari engine, report says

Spanish newspaper Marca reports that there is “a lot of optimism” coming out of Ferrari regarding its upgraded engine for the 2022 season.

The Italian manufacturer put all their eggs in the 2022 basket long ago, focusing their development and resources on the long-term goal of being at the top of the competitive order for the new era of F1.

The combination of Ferrari’s spending power and their ability to write off the last couple of seasons in order to focus on 2022 has led many observers to believe they could be a serious contender once the seasons gets underway in Bahrain in March.

Haas and Alfa Romeo also run Ferrari engines, and could benefit enormously from a successful upgrade.

So, Red Bull will get 2022’s slew of car launches underway next Wednesday 9 February after they announced earlier this morning they will precede Aston Martin by a day and become the first team to unveil their challenger for the new campaign.

All teams bar Williams and Haas have committed to dates when they will reveal the result of all their hard work, too. These are the dates as things stand:

Eight Formula 1 teams have now announced the dates on which they will launch their 2022 challengers, leaving two still to go.

Haas and Williams have spent the past few seasons right at the back of the F1 grid and are hoping to take advantage of the regulation shake-up in order to fire themselves further forward.

Williams have made significant changes since being purchased by Dorilton Capital in 2020, including hiring Jos Capito as team principal and bringing in Alex Albon to replace the Mercedes-bound George Russell.

Haas, meanwhile, have the lowest budget of any team on the grid but have opened a new facility at the Ferrari HQ in Maranello, Italy.

McLaren will upgrade 2022 at first race

McLaren will bring their first car upgrade of the season to Bahrain for the first race of the 2022 campaign.

That means that the vehicle which contests the Grand Prix on 20 March will be a slightly different version to the one that undergoes pre-season testing at the same Sakhir International Circuit a fortnight previously.

“We know performance at race one is critical, and we’ll be delivering an upgrade package to that event, but we expect much more to follow,” said McLaren F1 operations director Piers Thynne on the team’s website.

Red Bull will be the first team to reveal their new car for the 2022 F1 season next week.

The Milton-Keynes based squad has announced that their unveiling will take place on 9 February, one day prior to Aston Martin’s launch.

This year’s car reveals are some of the mostly highly-anticipated in the history of the sport, with a new set of regulations meaning vehicles will look significantly different from their predecessors and the competitive order of the grid could be shaken up.

Hakkinen believes there remains a lot of “question marks” surrounding Hamilton’s future in the sport, and the competitiveness of his car next season could be a factor in his decision.

Helmut Marko is not yet convinced by new Mercedes addition George Russell when it comes to the most important factor of all in F1: Race day.

The young Brit has impressed in qualifying, showing consistency and control while with Williams, but Helmut Marko wants to see an improvement on Sunday sessions, as he told Autorevue.

“Now let’s see what Mr Russell will do at Mercedes and whether the praise he has received in advance is justified,” he said. “I want to see that first.

“There’s no discussion in qualifying, he’s sensational there but if you look at his race speed, he wasn’t far ahead of [then Williams team-mate Nicholas] Latifi.”

Verstappen passed Lewis Hamilton on the final lap of the Yas Marina Circuit to seal the Drivers’ Championship in dramatic fashion after the intervention of race director Michael Masi.

The 78-year-old hailed the world champion for both his driving talent and will to win, suggesting that Hamilton now knows he cannot afford to leave any space for the aggressive Dutch driver.

“You could see that [Verstappen] drove the car so over the limit, that was visible,” Marko said.

“And in the races, Hamilton should already know that you can’t leave the smallest gap open at Verstappen.

Lewis Hamilton has been accused of wanting to force Michael Masi out of Formula 1 and turn the sport “upside down”.

The seven-time world champion has not commented publicly on the end of the Abu Dhabi Grand Prix, which saw Masi’s controversial intervention set up Max Verstappen to pass Hamilton and deny the Mercedes driver a record eighth title.

It has since been suggested that Hamilton is considering retirement as he awaits the FIA’s report on events at the Yas Marina Circuit, which could see Masi stripped of his race director role.

Dutch racing driver Jeroen Bleekemolen believes that Hamilton will be back on the grid when the 2022 season starts in Bahrain in March.

However Bleekemolen also thinks that Hamilton’s influence is such that changes will be made, warning that “some people will disappear”.